Readers of my generation will no doubt remember the 1968 film Bullit with the Great Immortal Steve McQueen.

I don’t suppose anyone remembers the story, it was a cops and robbers story of some kind. They only remember the car chase. What a sequence that was! It started on the steeper streets of San Francisco, with the cars suddenly racing up and down the hills and bouncing across the intersections as the baddies realized that Steve was on their tail (the sequence somehow ended on the highways but that is irrelevant to our story).

I was reminded of this car chase when on the first morning of our stay in the city my wife and I walked from our hotel to our son’s apartment. We had discovered that the two were on the same street – Taylor Street to be precise – and thought naively that it would be a nice walk. Bad mistake! There were sections of the street that were astonishingly – preposterously – steep.

At some points, I felt like we were scaling Everest or Annapurna.

And later, when we took a taxi along the same street, there was a moment, as we were going down a particularly steep section, when the taxi driver had to bend down to be able see out of the windscreen!

Town planning in San Francisco is a beautiful example of 19th and 20th Centuries human arrogance. Someone just draped a grid of straight lines over a very hilly landscape and traced the resulting streets, in complete disregard of gradient. The planners of the hill towns in Italy, Greece or Spain never did that; their streets respected the land’s morphology. They lived with their land, not against it.

Be warned. We ignore the physical limitations of our Earth at our peril. 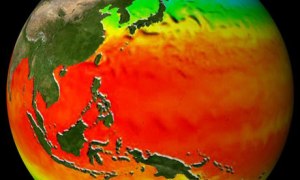 One thought on “THE (STEEP) STREETS OF SAN FRANCISCO”