I don’t think I’ll be able to wear my poppy this year. 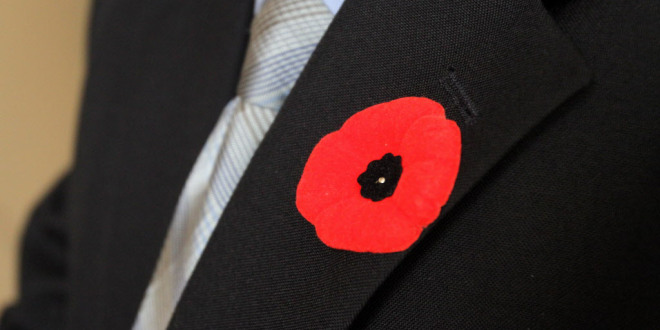 Every year I pick it out of the corner of the drawer where I keep it, from under the paper clips and rubber bands. After four years in China, the paper petals are now sadly scuffed and creased, but I still like to give it pride of place in the lapel of my jacket. I am somewhat diffident to wear it here, because everyone stares at it wondering what it is. Several of my Chinese staff have asked me politely what it means. After I’ve gone through the explanation, they thank me nicely but I rather think they put my behaviour down to a form of British eccentricity.

It was the same in Vienna. You would have thought that Europeans would be more familiar with the British paper poppy and its symbolism but it seems not. Every year, I would be asked by two or three people what it was all about, and every time I would go through the explanation.

In Vienna, the enquirers would often start by commenting that they had seen the same poppy being worn by British politicians 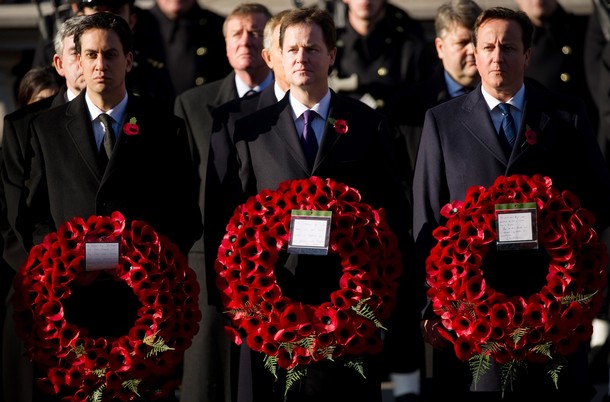 and indeed it is the sight of these politicians on my TV screen looking pious behind their poppies that reminds me that it is once again that time of the year … the eleventh hour, of the eleventh day, of the eleventh month. It was on 11 November 1918 that the Armistice between Germany and the Allied Forces was signed. The guns finally fell silent on the Western Front and the First World War came to an end.

The habit in the Commonwealth countries of wearing a poppy to remember the end of that war, and to raise funds for the wounded who came home and the widows and orphans of those who did not, grew out of a popular war poem written by a Canadian officer, John McCrae, who fought on the Western Front. I cite its first two verses here.

In Flanders fields the poppies blow
Between the crosses, row on row,
That mark our place; and in the sky
The larks, still bravely singing, fly
Scarce heard amid the guns below.

We are the Dead. Short days ago
We lived, felt dawn, saw sunset glow,
Loved and were loved, and now we lie
In Flanders fields.

Anyone who has ever seen a field sprinkled with poppies will immediately understand their strong symbolic resonance. They look like so much blood sprayed across the land. 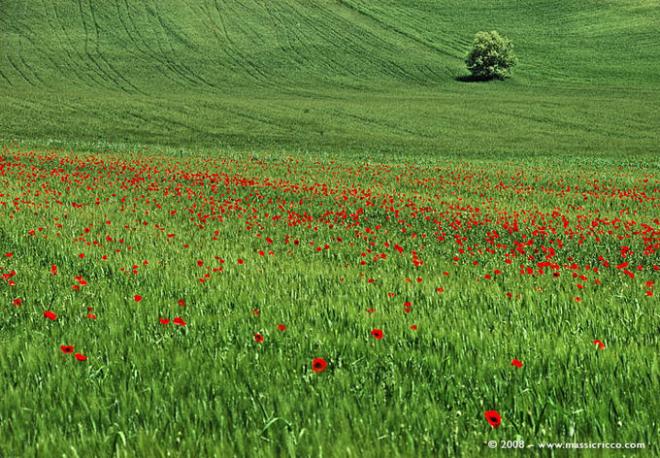 Earlier pious-looking politicians proclaimed that the First World War was the war to end all wars. Well, as we are all too aware, it wasn’t. As wars have continued to be fought, the poppy has become the way for the British and ex-British colonies of remembering their war dead. But I wear my poppy to remember all those who have died – civilians as well as soldiers – and continue to die in wars and other conflicts big and small the world over. Just this year we have the human tragedy of Syria, which is spilling over into Lebanon, there is the continuing conflict in Afghanistan which is spilling over into Pakistan, the continuing violence in Iraq and Libya, the growing violence in Egypt, the fighting in South Sudan, in Somalia, in the Congo, in Mali, in Myanmar, and on and on and on …

When you see the sheer scale of the human misery which all this fighting engenders you understand why I did not cite the last verse of John McCrae’s poem.

Take up our quarrel with the foe:
To you from failing hands we throw
The torch; be yours to hold it high.
If ye break faith with us who die
We shall not sleep, though poppies grow
In Flanders fields.

I hate this glorifying of war, this coating in a veneer of sacred language what is simply a nasty, brutish fight. I prefer the following poem from that same war

Bent double, like old beggars under sacks,
Knock-kneed, coughing like hags, we cursed through sludge,
Till on the haunting flares we turned our backs
And towards our distant rest began to trudge.
Men marched asleep. Many had lost their boots
But limped on, blood-shod. All went lame; all blind;
Drunk with fatigue; deaf even to the hoots
Of disappointed shells that dropped behind.

GAS! Gas! Quick, boys!– An ecstasy of fumbling,
Fitting the clumsy helmets just in time;
But someone still was yelling out and stumbling
And floundering like a man in fire or lime.–
Dim, through the misty panes and thick green light
As under a green sea, I saw him drowning.

In all my dreams, before my helpless sight,
He plunges at me, guttering, choking, drowning.

If in some smothering dreams you too could pace
Behind the wagon that we flung him in,
And watch the white eyes writhing in his face,
His hanging face, like a devil’s sick of sin;
If you could hear, at every jolt, the blood
Come gargling from the froth-corrupted lungs,
Obscene as cancer, bitter as the cud
Of vile, incurable sores on innocent tongues,–
My friend, you would not tell with such high zest
To children ardent for some desperate glory,
The old Lie: Dulce et decorum est
Pro patria mori..
[It is sweet and right to die for your country, a line from the Latin poet Horace]

The poem was written by Wilfred Owen, who was killed exactly one week (almost to the hour) before the Armistice was signed. His mother received the telegram informing her of his death on Armistice Day, as the church bells were ringing out in celebration …

I must find a few minutes tomorrow to wear my poppy. I must make my annual statement against war, even if I am the only one to understand what I’m saying.