It’s quiet at the moment in Beijing. The Chinese New Year has just passed and the city is still deserted, with the locals staying at home and the migrants off in their home towns or villages. So when we went out for our usual Sunday afternoon coffee to The Place, a mall whose main claim to fame is that it hosts a ginormous TV screen, it was singularly empty. We decided to eschew our usual coffee houses such as Starbucks and Costa Coffee, both of which grace The Place, and took our coffee instead at a branch of (the South Korean-based) Paris Baguette. 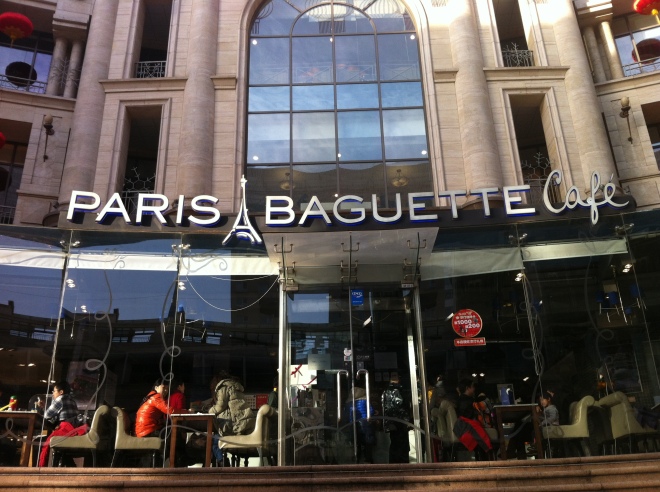 As the name suggests, this chain of stores offers a vaguely French eating experience, the most obvious of which being the sale of baguettes – they’re not bad, although the Vietnamese, after their bout of colonization by the French, bake better ones. The stores also sell French pastries: croissants, of course, madeleines, and various others (they also sell a lot of pastries which my French grandmother would never have recognized as French in any way). And, as I discovered today, the staff wear berets basques 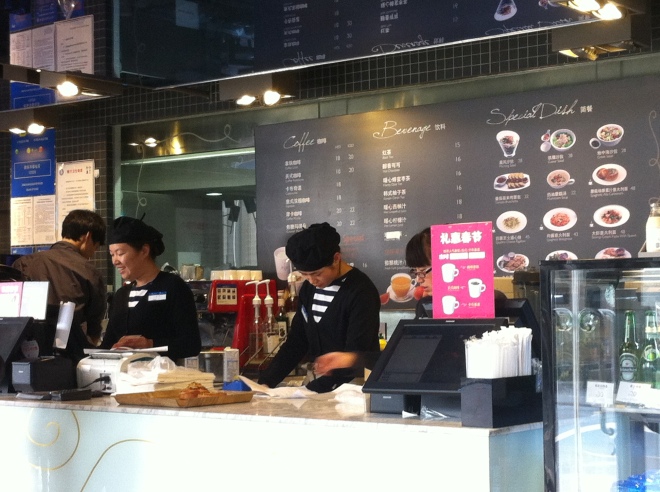 At least, I think that is what they are meant to be wearing. They are certainly modeled on the beret basque, although they look more like the floppy hats that popular and upwardly mobile painters sported in the 19th Century.

As everyone knows, the beret basque is as French as … well, the baguette 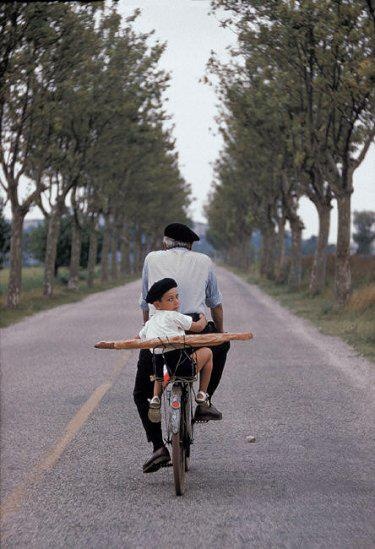 or the gauloise cigarette and glass of red wine … 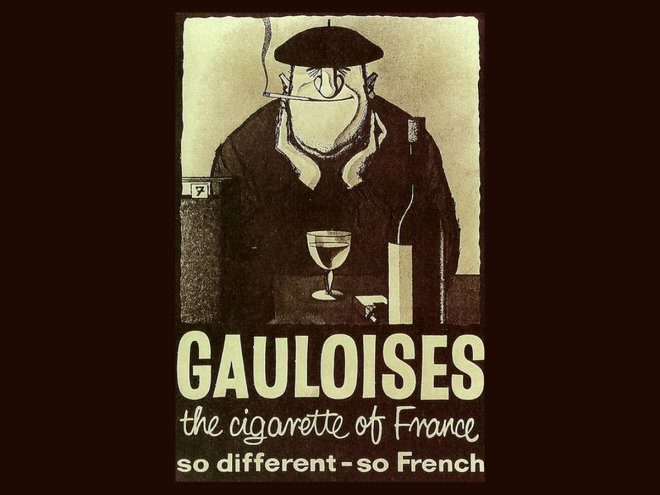 … or onions and garlic. I remember when I was young coming across the last gasps of an old tradition: Frenchmen bicycling around the UK selling onions. Lord knows why this tradition started, but as every Englishman knows the French eat a lot of onions – and garlic – so maybe the English thought that French onions purchased from a Frenchman were better than onions grown in the UK. So legions of canny Frenchmen set out every summer to bicycle door-to-British door and sell French onions. And of course branding rules required them to wear a beret basque.

The funny thing is, only once in my life do I ever remember seeing a Frenchman actually wear a beret basque, and that was the driver of a car who, just north of Dunkerque, ran smack into the right-hand side of the deux-chevaux which my English friend was driving.

Since, as everyone knows, the deux-chevaux is as French as the beret basque, the baguette, and the gauloise 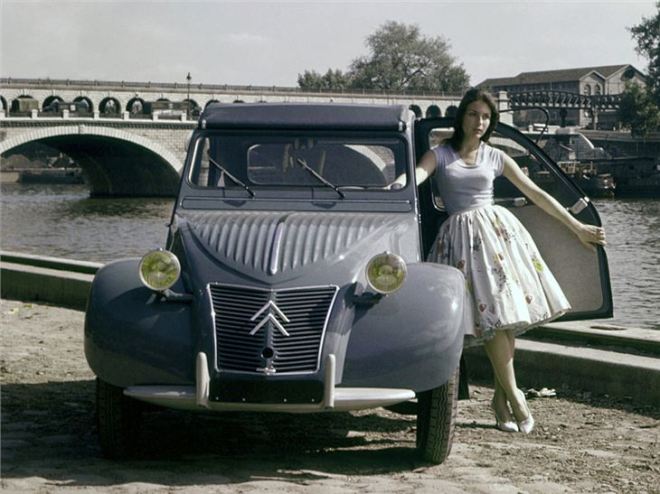 the driver presumably thought that my friend knew the typically French road rule of “priorité à droite”, priority to the right: a car coming from the right always has priority unless otherwise specified. Unfortunately, my friend knew the much more sensible English road rule that a car on a big road has priority over a car on a little one, and since our road was a least three times as wide as his road, she thought … The resulting clash of cultures left a very big dent in her car door.

In any event, the only place I ever really saw the beret basque being worn regularly was in northern Italy, and that was only in the early years of my going there, some 30-plus years ago. Quite quickly, the younger generation abandoned the beret, as well as any other head coverage, presumably for one or more of the reasons which I listed in an earlier post. But I am very fond of a couple of photos lying around our apartment in Milan.  In one, my father-in-law is wearing his basco (as it is called in Italy) and smiling into the camera. In another, we see him sporting the beret and holding my wife, just a small girl at the time, by the hand. Whenever we come across them, my wife smiles and begins to reminisce. They were on holidays, it was the mid-sixties, times were good then in Italy, there was optimism in the air. The Good Old Days …

What about the region which gave its name to the beret? Do they wear it? Alas, as these photos suggest, it’s only the older folk who wear it any more: 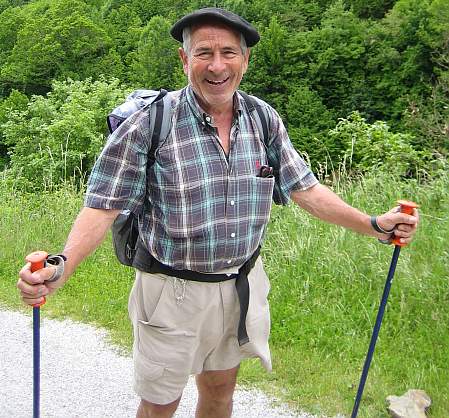 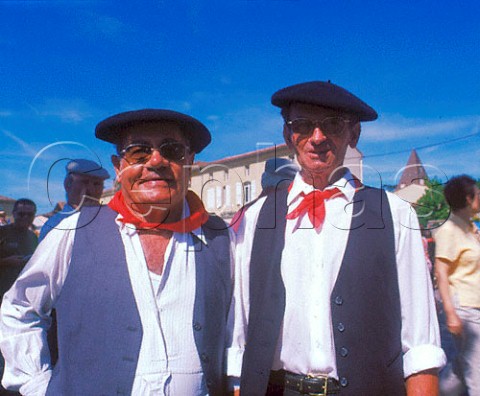 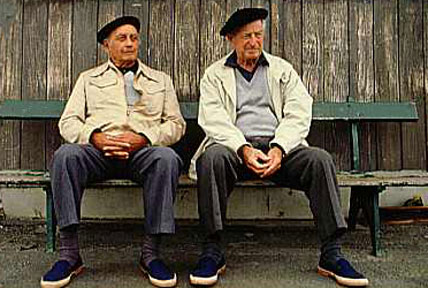 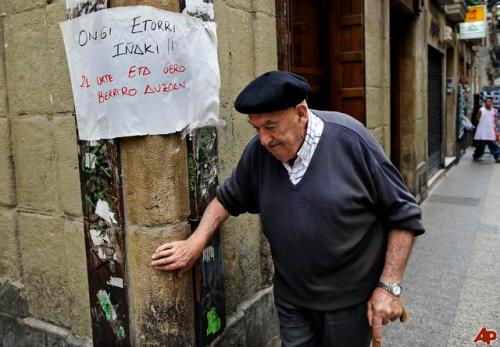 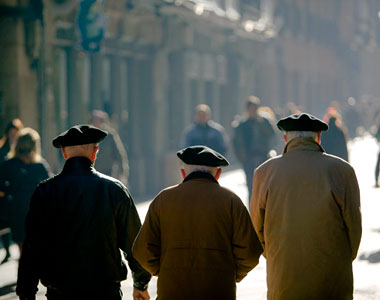 Hmm, we still have my father-in-law’s beret, in some corner of a cupboard. Maybe when I’m nearing the end of my road, I’ll start wearing it.

One thought on “THE BASQUE BERET”