It’s hot here in Bangkok at the moment, very hot.

We drag ourselves through the day, stumbling from one air-conditioned space to another.

We scout the horizon for clouds. Will the cooling rains ever come?

We sweat, we’re thirsty. We go to the fridge to get that bottle of cold, cold water. We pour ourselves a glass. A film of water immediately forms on it. 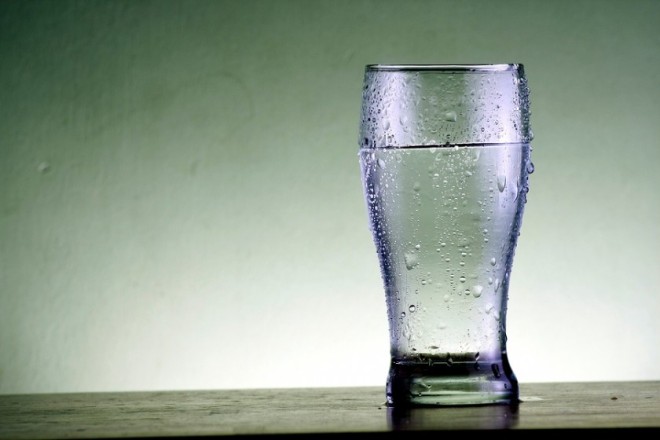 In her garden, my French grandmother had a water pump which looked like this.

When we were children, half a century ago, my cousins and I would amuse ourselves by pumping the handle vigorously till the water poured out. Watching us one day, my mother told us that when she had been a child our age, so some time in the late 1920s, early 1930s, before refrigerators were common, on hot summer days she was sent out by various uncles and aunts who were visiting to get a glass of water from that pump. But she was not to take the first water to gush out, no, she was to pump and pump until the water was “bien frappé”, well chilled, enough to form a film on the glass …

That pump stopped pumping 30 years ago. As ever more water was sucked from the aquifer the level dropped, until one day it dropped so far that the pump ran dry. It never pumped a drop of water again.

At my old primary school in Somerset, whose halls I graced half a century ago, there was a bubbling little stream that ran along the edge of the playing fields. We played for hours on it, floating sticks and leaves, building dams, and generally mucking about. It looked like this, minus the horses.

30 years ago, when I visited one summer, it was gone, dried up. The aquifer had dropped too far.

A larger stream ran along the valley floor not too far from my French grandmother’s house. It was a quick bike ride away, and my cousins and I would often go there to catch freshwater crayfish in its clean, clear waters and bathe in a deep, blue pool that had formed in the middle reaches. 20 years later, when I visited, it was turgid and scummy, with froth floating on it.

Bangkok is a water city. It sits on a river and is laced with canals. It should be lovely to travel on its waterways. Instead, it’s like cruising along stinking, fetid sewers. We take a water bus from time to time, when the traffic is really bad, from the Golden Mount Temple to the modern downtown.

Instead of enjoying the passing scenery, I live in dread of spray from the canal landing on my face; God knows what viruses and bacteria populate the water. I always scrub my face vigorously when I get off. As for the river, from our apartment terrace we look down on the rubbish of the city which floats by every day. 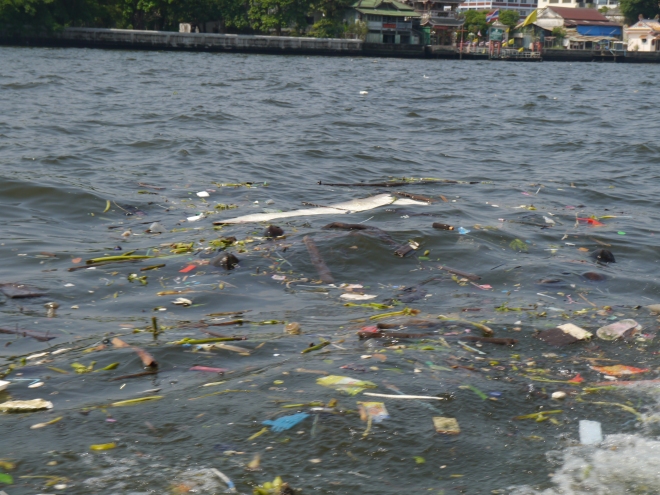 Recently, we visited Halong Bay, in Viet Nam, a World Heritage Site. We gazed on the unutterable beauty of the surroundings. But we also gazed at the rubbish floating around us and at the locals’ pathetic attempts to get rid of it.

Are we mad? We guzzle water like there was no tomorrow and treat it like a rubbish dump. Yet we need water, it’s vital to our lives. How can we treat so badly something we absolutely cannot do without?