While we’ve been in LA, my wife and I have been giving ourselves a veritable smorgasbord of art. In no particular order, we’ve visited the Getty Centre, the Getty Villa, one of the three spaces of the Museum of Contemporary Art, the Los Angeles County Museum of Art, the Broad Museum, the Norton Simon Museum, the Huntington Library, Art Collections, and Botanical Gardens, the Hammer Museum. And there are still a couple more art museums to visit if we can face it …

I will come back to these museum visits in a later post, to highlight some of the things we saw, but right now I want to celebrate a more popular art form, the mural. Los Angeles is full of murals, covering and brightening what would otherwise be drab blank walls. I put here just some of the murals we’ve spotted as we walk or drive around on buses. 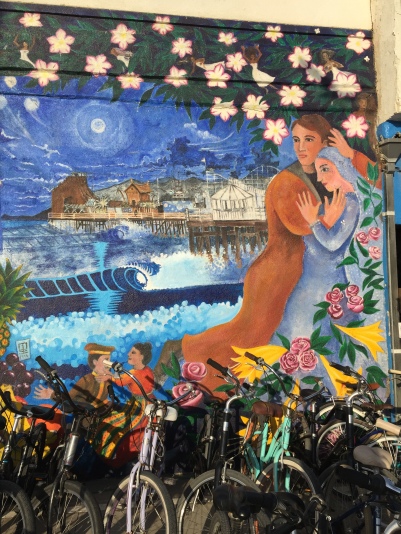 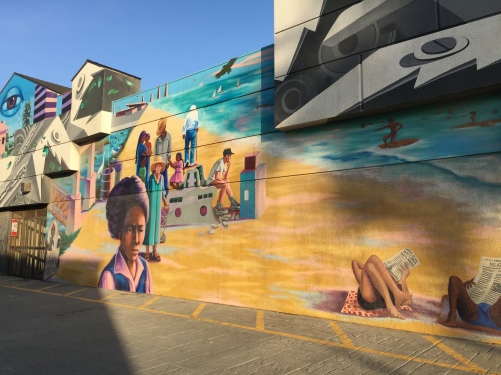 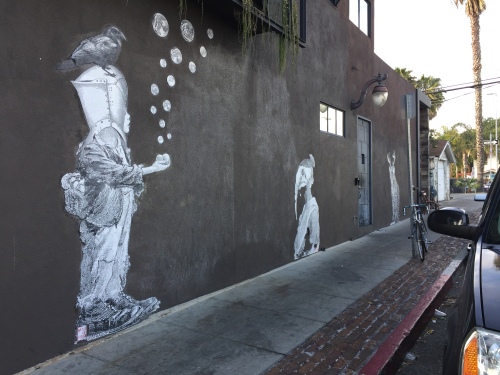 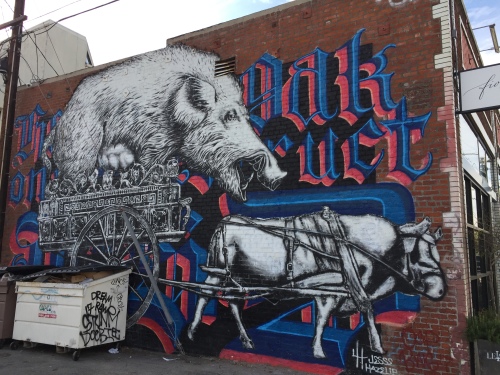 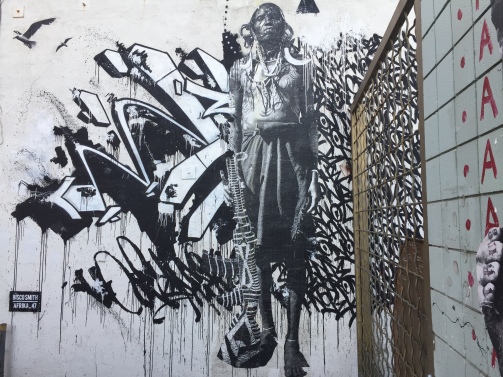 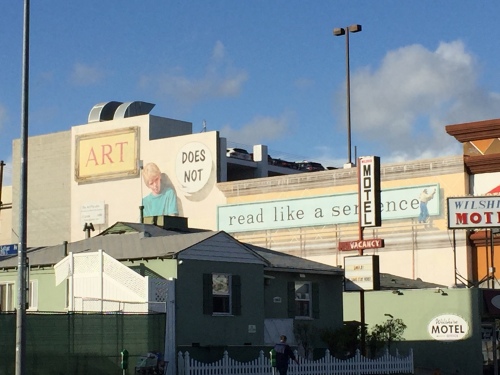 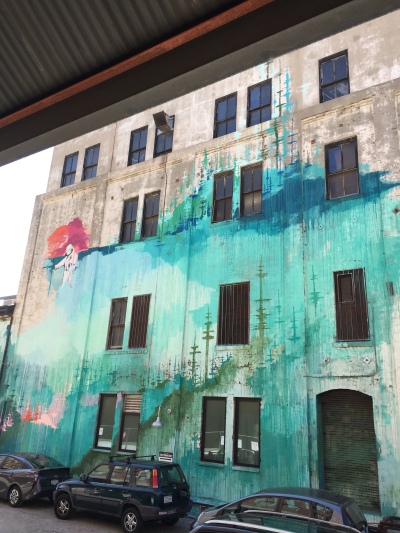 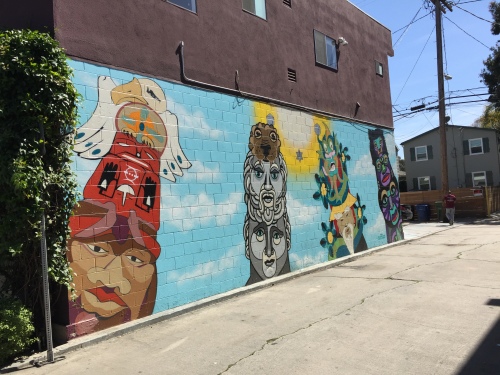 Walls are not the only surface to receive the painter’s brush. These boxes, found on many street corners and that I take to be electrical cabinets for traffic lights or other public uses, are often the easel for urban painters.

Even fences get the treatment, as these photos show. 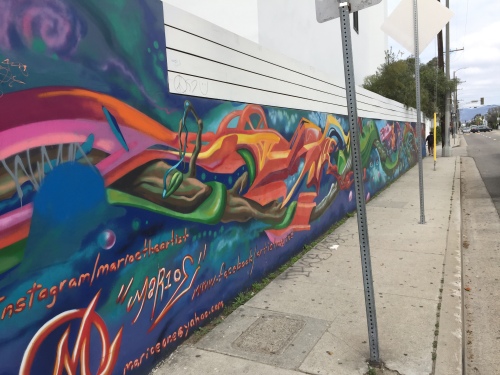 Sculpture also gets a small look-in.

Even world famous artists have got into the act. Here, for instance, is a mural by Frank Stella, which in my opinion doesn’t hold a candle to what the much more anonymous artists have created. 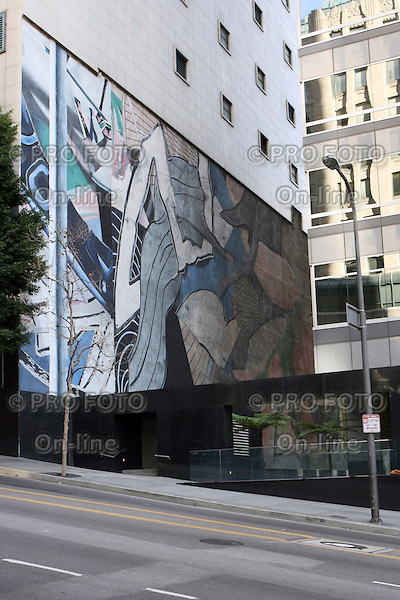 I have to say, it’s a real pleasure to come across these paintings as we move around town. And I may be wrong but they seem to keep the graffiti in check. Maybe we should think of encouraging murals back home. I can think of a number of corners in Milan and Vienna that could do with a lick of artistic paint and less graffiti.

pix: all ours, except:

It was at Tlaxcala that I began to notice it.

We’d taken a bus from Mexico City to visit this small town, since it was described as a nice example of colonial Mexican architecture and town planning. It certainly was pleasant enough, as were Chiapas de Corzo and San Cristóbal de las Casas, two other colonial-era towns which we visited later. The latter two have been declared “pueblos magicos”, magic towns, a slogan dreamed up by the Mexican tourism authorities (clever branding, although I do feel duty-bound to whisper that the pueblos in Tuscany, for instance, or any number of pueblos which my wife and I have visited in Spain, are more magico than Tlaxcala and the two official pueblos magicos that we visited).

In any event, my point in mentioning the visit to Tlaxcala is another. What I began to notice as we walked around the town was the lack of modern signage on the shops. To understand what I mean, let me insert here a picture of the shopping street in Vienna, the Graben, where we often went for a stroll and coffee when we lived there.

Notice the abundant use of neon shop signs, tacked onto the shop fronts. For better or for worse (and in my opinion for worse; it drives me crazy in this age of climate change to see all those illuminated shop signs blazing out into the night), this is now the accepted and expected type of design for shop signs.

So it was with great interest that I saw in Tlaxcala that shop signs tended to be of the old-fashioned type, painted by hand 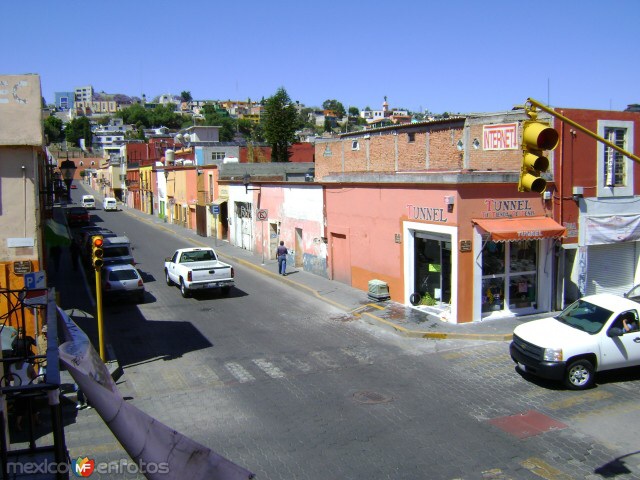 Alerted to this phenomenon, I made sure to get some close-ups of such signs in San Cristóbal 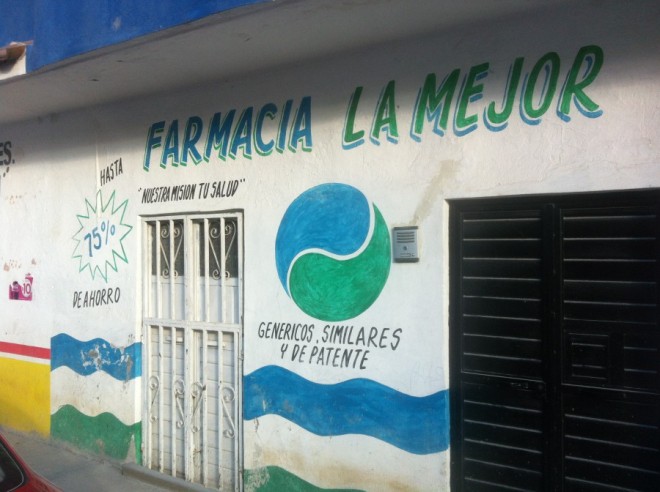 I began to notice that advertisements were often painted too. The following style of painted advertisement was definitely my favorite, with this particular example coming from San Lorenzo Zinacantán.

These types of advertisements, to be found on otherwise bare walls, seem always to be announcing some upcoming event. Notice the large, rounded, friendly, inviting font, but placed at a slight angle denoting future excitement, and with a very pleasing colour scheme which starts with a dark colour and shades off into a lighter one. I throw in here some other signs of this genre that I spotted from buses or trains flashing by.

It would seem that the honorable profession of sign painter is alive and well in Mexico! (this reminds me of a wonderful novel from India, another country with a great sign painting tradition, “The Painter of Signs”, by R.K. Narayan; great novelist, by the way, I highly recommend him to my readers).

Of course, painting on walls has a long and noble tradition in Mexico. This art form must have reached its apogee with the great Mexican muralists Diego Rivera, José Orozco, and David Siqueiros. Already 35 years ago, when we first visited Mexico, we had reverently visited a number of the murals by these artists. This time around, we visited Rivera’s murals in the Secretaría de Educación Pública, just behind the cathedral on the Zocalo in Mexico City. As was his style, they are very political, very “leftie”; they made me and my wife smile as they brought back memories of the excited discussions of our youth. These two murals, “The Capitalist’s Dinner” and “Death of the Capitalist”, epitomize them all. 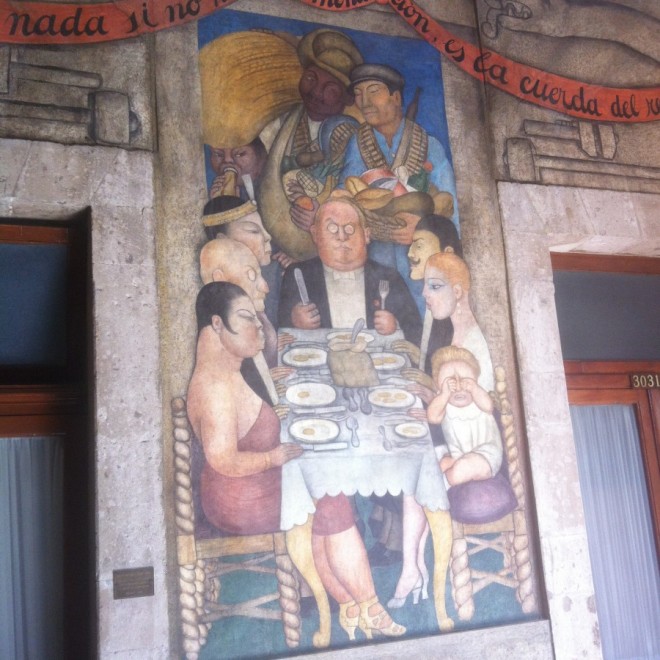 In San Cristobal, up some back streets, I saw what I fear are today’s inheritors of Rivera, Orozco, and Siqueiros

It’s sad really. All that grand, elevated talk of our youth has degenerated into the childish babble of these cartoons. But the rot doesn’t finish there, for Mexico suffers from the same mindless graffiti which defaces so many of our cities 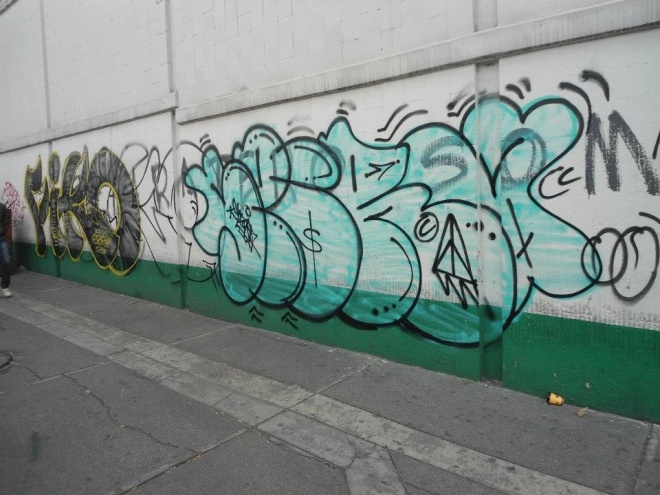 What are our civilizations reduced to?