When we arrived back in Italy from the US in 1990, I was … underemployed, shall we say. So when I was offered a job to do quality control on a small landfill I agreed with alacrity. It was the first time I had ever worked on a landfill, and I hope it will be the last. Apart from the nauseous smells drifting up from all the rotting garbage, I was perpetually afraid I would leave my wife a widow and my children orphans. Methane was pouring out of that landfill and it would have taken only a small spark to send us all hurtling into the afterlife.

As you can imagine, this place attracted a strange bunch of people, from the drivers of the shovel scoops who worked all day on the open landfill cells to the guys the quality of whose work I was there to control; they were closing the filled cells, capping them, and inserting a methane collection system. We would all go down to the local restaurant at lunch – great food, by the way – and the shovel scoop drivers in particular always accompanied their lunch with copious quantities of the local wine. I made sure to give those people a wide berth when they working in the afternoon.

I got to be quite friendly with the leader of the team closing cells. He had worked on many different landfills and would regale me with tales of these jobs as we stood around waiting to check the work the others were doing. One day, he told me about this completely illiterate, uncouth man who owned and ran a modest landfill, and who made pots of money with it. The man lived in a house next to the landfill. One day, he invited my friend into the house and with a mysterious air took him to a room in the back of the house. The room had a curtain running across it, which, after turning on some strategically located spotlights, he dramatically drew. “That guy,” said my friend, leaning in “had a brand new, unused Ferrari Testarossa behind that curtain.” “Wow!”, I said. “And it was yellow!” he continued

I was dumbstruck, and my friend nodded meaningfully. Yellow! Good Lord Almighty! Everyone knows that Testarossas must be red! Any other colour is … such bad taste. 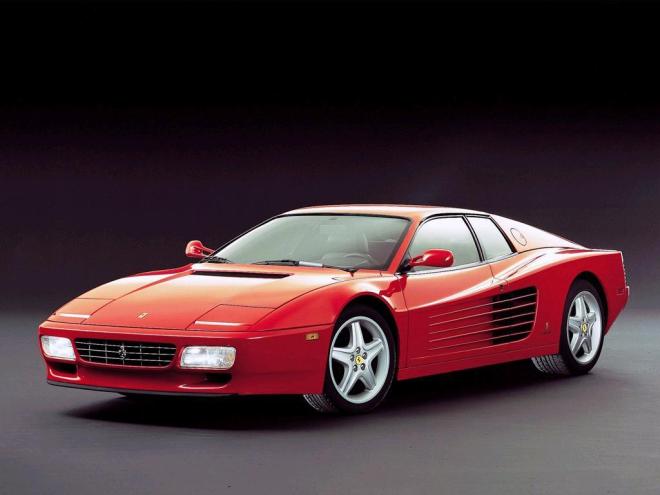 Anyone who has watched Formula 1 races knows that red, and only red, is the Ferrari colour

(well, nearly only red). And it is red because before the war, when nations rather than car companies competed in Grand Prix races red was Italy’s colour (and green was Britain’s, while France was blue).

I was reminded of this terrible faux pas in taste a few days ago when, walking to work, I saw a baby-pink BMW parked on the side of the road. 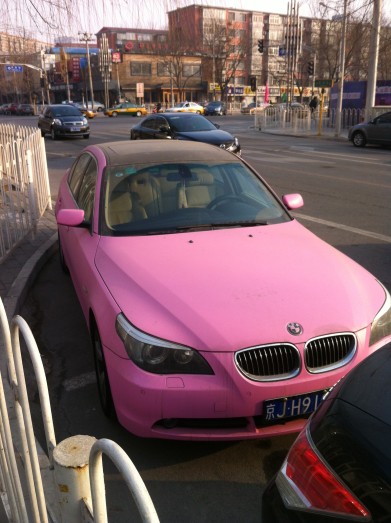 Baby pink! Everyone knows that BMWs should come in some shade of grey – because it’s just the right colour for this kind of highly tecchy car but also because grey became Germany’s racing colour in the 1930s. 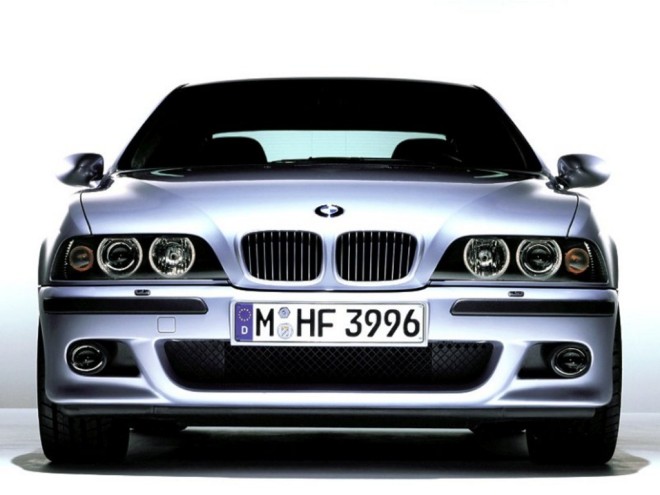 I have to tell you that bad taste in car colour has touched even my family. When I was really little and we were living in Africa, my father had a typically English car, the Austin Hereford Saloon.

So far, so good. But our car was … egg blue. I distinctly remember the colour. I liked it, but I was young. Now that I am a few years older and far wiser, I always ask myself: how on earth could my father, a sober, upright member of the community – just like the man sitting behind the wheel in the picture above – how could he have possibly chosen such a terrible colour? I never asked him and it is now too late, alas.

Now don’t get me wrong. I am not absolutely rigid about staying with the “normal” colours of a car. Take the Citroën Traction Avant, the French car that popularized the use of front-wheel drive. This car was manufactured from the mid thirties to the late fifties, so there were still lots of them around in France when I was growing up, and they were all, without exception, black.

I’m rather reminded of Henry Ford’s memorable quote: “Any customer can have a car painted any color that he wants so long as it is black.”

But now look at this example, which I came across – rather bizarrely – parked on the side of the road in Luang Prabang in Laos.

That rich burgundy colour is really gorgeous. Every time we walked by it, I would stop to admire it. And one time, as we were walking towards it, the owner got in and drove off! I watched it lovingly as it moved sleekly down the road … although I really began to appreciate modern novelties like catalytic converters when the fumes from its exhaust nearly knocked us out.