My wife and I went to see a small exhibition a few days ago, on cartoons drawn during the First World War. They were from Italian, Austrian, German, and French magazines and newspapers, and of course all showed the other side as stupid, nasty, brutish or all three (there were also cartoons against profiteers, censorship, international capital, and other sundry topics of interest to countries at war). All in all, they were interesting and sometimes really amusing – the short, rather stupid looking Italian king, Victor Emanuel III, was the butt of many a hilarious cartoon.

This being an Italian exhibition, many of the cartoons focused on the Italo-Austrian front, but some of the German/Austrian cartoons also lampooned the enemy on their eastern front, the Russians. As might be expected, Tsar Nicholas II came in for his share of ribbing. The jokes about him were good, but what struck me looking at the cartoons of him was the thing that always strikes me when I see pictures of him, namely his beard. 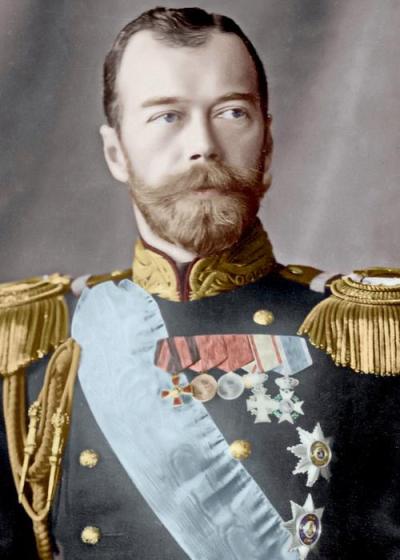 Such a great beard! The man may have been a dolt but he was well-whiskered, no doubt about it. Beards such as these were definitely in vogue at the time, as this portrait of his British cousin George V shows.

If the hirsute young fellows I see about me on the streets are any guide, beards this luxuriant are back in fashion, as attested by this photo which I recently took of an ad in the Milan subway. 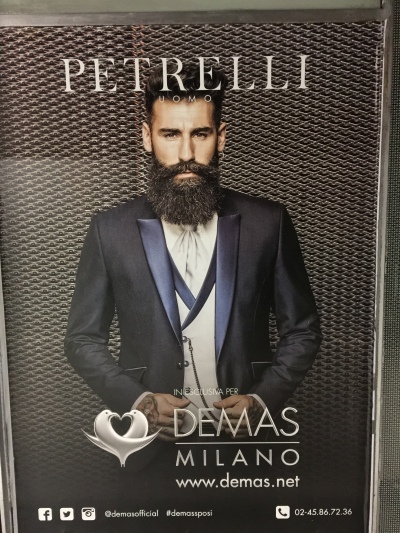 Sad to relate, I cannot be part of this renewed fashion trend. My genes work against me. Were I to attempt to grow a beard, I would simply look like a mangy dog. My problem is that I have a significant number of places on my cheeks where nothing grows. I can’t even adopt that other novelty of male facial hair, an attractive stubble, like Ryan Gosling’s for instance. 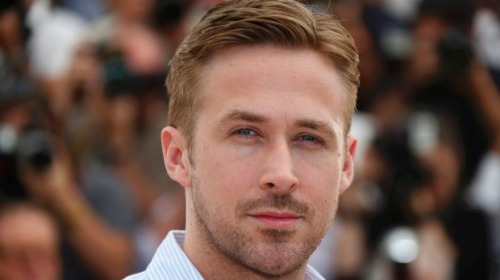 After several days of not shaving, I simply look like a homeless person.

I know I could manage to grow a mustache, having had one luxuriate for a year or so on my upper lip some thirty years ago. I thought I looked a little like Clark Gable.

(My wife clearly disagreed and finally told me it was time for it to go.) I think I could also manage a goatee. So I sometimes daydream that maybe I could manage to look like my French great-grandfather, a photo of whom lorded it over my grandmother’s living room. In it, he looked just like Napoleon III, who was Emperor at the time the photo was taken.

Alas, a few years later, France’s armies were thrashed by the Prussian-led German armies and Napoleon went off into exile and death. For his part, my great-grandfather changed his look, as documented in another photo which lorded it over my grandmother’s living room. He adopted the short back-and-sides and soberer mustache of the enemy, looking very much like Kaiser Wilhelm II.

I’m sure many Frenchmen changed their look at this time. Out with the foppish Napoleon look! The French needed to stiffen themselves with some Prussian iron to beat the hated enemy the next time round!

But coming back to my possible goatee, I think realistically the best I could manage would be something like this. 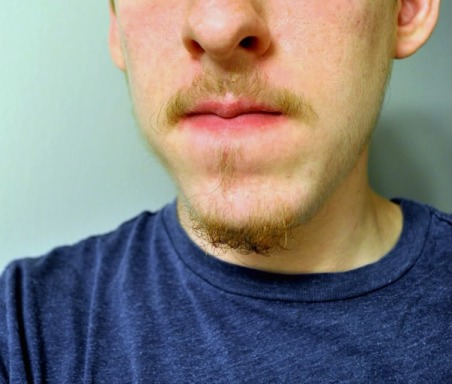 Which is really pretty sad. Maybe I should just resign myself to being clean shaven for the rest of my life.

My wife would certainly agree.

One thought on “I’LL NEVER SPORT A BEARD”