My wife and I have a problem. This problem is a bottle of brandy from Kyrgyzstan, which has been sitting on a shelf, still in its wrapping, since early last summer.

It was given to me during my visit to Kyrgyzstan last May, as a token of appreciation from my local counterpart for having come. I murmured thanks when it was given to me – one mustn’t be rude on such occasions – but already on the flight back home I was wondering what to do with it.

The fact is, neither my wife nor I are a fan of brandy. We don’t even like Cognac, probably the most revered of all brandies, made since the 16th Century from grapes grown in vineyards like these in the southwest of France

And if that’s how we feel about the crème-de-la-crème of the brandy universe, the apex of the brandy culture, then readers can understand why we are distinctly unenthusiastic about a brandy made in Central Asia in the shadow of the Himalayas

by a people who were traditionally horse-riding herdsmen

and who had the culture of grape-growing and wine and brandy production forced on them by Russian colonialists in the 19th Century.

Our first idea was to offload the bottle onto our son, who happens to live down the road from us at the moment, but he politely declined. We then tried to do the same thing with our cleaner, but she too politely declined. After that, we really couldn’t think of anyone else we could give it to; it would have smacked too much of palming off the unwanted gift (“A bottle of … Kyrgyz brandy? What a nice thought …”) For a moment, I even considered taking the bottle to the bar across the street, inviting them to add it to their row of liquor bottles on the shelf behind the bar.

But I don’t really know them well enough and I fear they might suspect me of wanting to poison the neighbourhood.

My next idea was to drink away the brandy in cocktails, cocktails with wonderful names like Brandy Sour, Brandy Alexander, Sidecar, and Brandy Daisy. I’ll let this picture of a Brandy Sour stand in for all of them.

To me, these names are redolent of a certain period: men in sharp suits, slicked-back hair, toothbrush mustaches; women in smart dresses; both with a cocktail glass in one hand. This particular couple is our most popular couple from the 1930s: William Powell and Myrna Loy, who made a series of films as a husband-and-wife detective team. 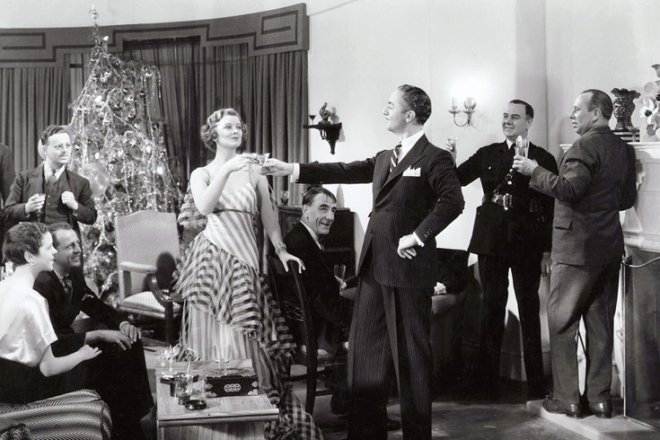 Yes, I could see myself whiling away the evenings with my wife, engaging in bright and bubbly banter about nothing much in particular while sipping on a Brandy Sour. There is only one slight problem with this: I don’t have the equipment (the shakers and whatnot), I don’t have the technique 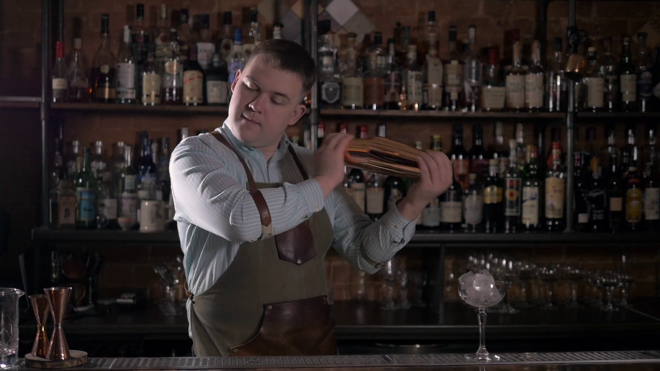 and I don’t have any of the weird and wonderful ingredients required to make cocktails: just for those four cocktails I mention above Angostura bitters, crème de cacao, Cointreau, Grand Marnier, Curaçao, and yellow Chartreuse. I’m not going to start buying these things, because I would only end up, like my father, with a cupboard full of bottles which would sit there for years on end taking up space and gathering dust.

Since drinking the stuff didn’t seem to be the answer, I began to think about using it in our cooking. So I’ve been scouring the internet for recipes involving brandy. The most brandy-intensive recipe I’ve found is for Christmas Cake. 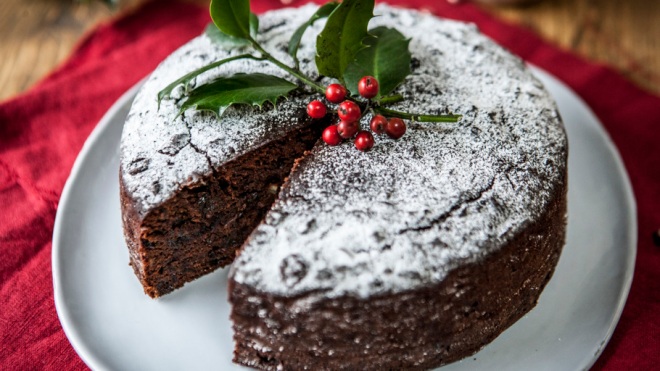 In the first place, you use a generous portion of brandy in the actual making of the cake. But it doesn’t stop there! You should make the cake a while before Christmas and then “feed” it a couple of tablespoons of brandy every fortnight (“to build the flavour and keep it moist”) until you plonk it on the table at Christmas lunch. I’m sure you could also use a couple of tablespoons to flambé the cake once it’s on the table (making sure to keep your head well back to avoid singeing your eyebrows). Now I’d love to make such a brandy-impregnated cake for Christmas, and I think one cake would pretty much wipe out the whole of the bottle i have. But Christmas is not for another 8 months and I’m not sure I want the bottle hanging around on my shelf until then.

Another possibility would be for us to make a lot of onion soup.

The brandy is used to deglaze the pan after the onions have been sautéd, that is to say, it is used to dissolve away the nice brown residue which the onions have left on the bottom of the pan. The resulting jus is added to the soup, giving it extra taste.

We could decide to treat ourselves to onion soup once a week until we’d finished that damned bottle. At half a cup of brandy a go, the amount suggested by a couple of the recipes I’ve read, I reckon that in two, maybe three, weeks we would would have got rid of the bottle’s contents. My only hesitation in putting this scheme into effect is its potential impacts on my digestive system – I must confess to having difficulties in digesting onions.

Brandy’s traditional role in deglazing pans points to a solution. My wife likes to brown food, which leads of course to nice brown residues in the pans. 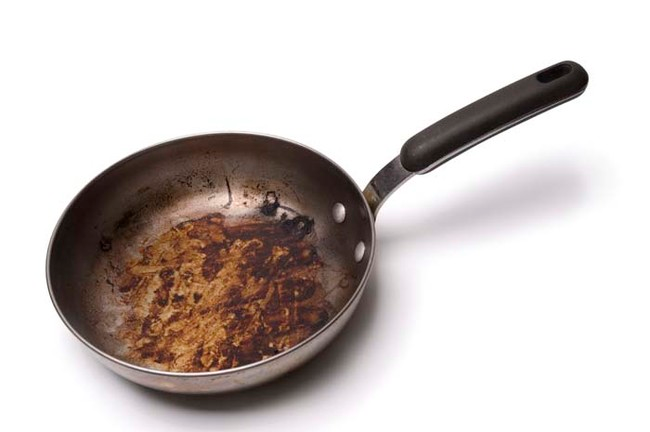 I tend to discourage this habit because I have found that browning can easily segue into burning (a finding, I should say, that my wife stoutly denies). Now, if we can use my wife’s browning habits to get rid of that Kyrgyz brandy I think I could drop my objections and actually encourage her to brown. I will pass this by her and see what she says.

That’s as far as my thinking has gone into ways of getting rid of that bottle of Kyrgyz brandy. If any of my readers have any other suggestions, I’d be more than glad to hear them.

4 thoughts on “BRANDY FROM KYRGYZSTAN”