Who hasn’t heard of the theory of relativity? I mean, everyone has, right? Apart maybe from some Amazonian tribes who’ve only just been discovered. 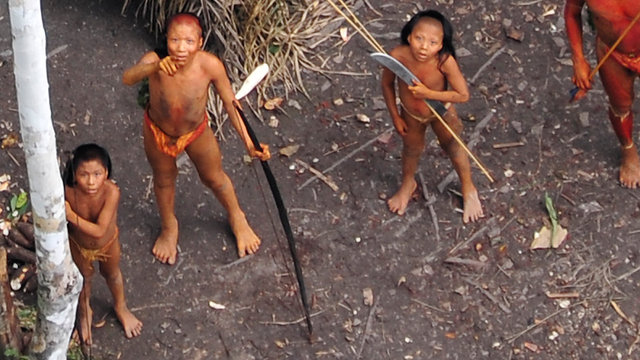 And of course everyone has heard of Albert Einstein, who came up with the theory in the first place. 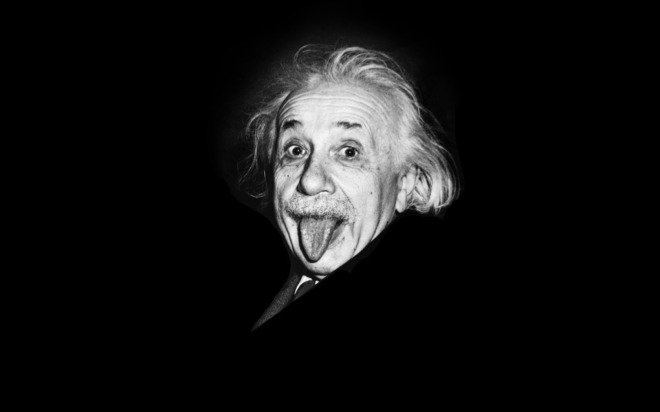 OK, this photo may suggest that Einstein was not a very serious fellow, so let’s throw in a more solemn photo of him, taken a year before he published the special theory of relativity in 1905. 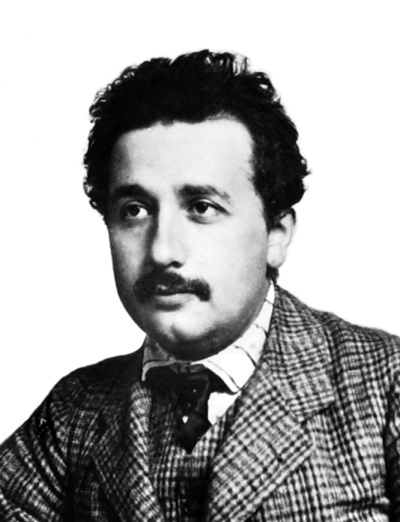 (as we all undoubtedly know, this is the first of two theories of relativity; Albert published the general theory of relativity in 1916).

1905, by the way, was Einstein’s annus mirabilis. His paper on the special theory of relativity was one of four seminal papers he published that year in the highly respected Annalen der Physik; the other three were on the photoelectric effect, on Brownian motion, and on mass-energy equivalence (you know, E=mc2, that one). He was one hell of clever guy, no doubt about it. No wonder he got the Nobel prize! Should have got two, if you ask me.

Anyhoo, the special theory of relativity, known as STR to conoscenti like me, has two very interesting predictions: the faster you go, the smaller you get and the slower time passes. So you get squeezed tighter and tighter slower and slower. And the amazing thing is, you wouldn’t notice you’re getting all squished and that your Rolex is running slower! To you, everything looks completely normal. Like I said, Einstein was a pretty amazing guy.

Well, of course science fiction writers latched onto the second of these predictions – so-called time dilation to conoscenti like me – like that leach latched onto my leg many decades ago. For instance, they have imagined some poor married astronaut going off on an interstellar journey, travelling at near the speed of light for a couple of years and then coming back, also at near the speed of light, TO FIND HIS WIFE AN OLD CRONE! At his super speed, he has only aged a few years, but his wife, traveling at the Earth’s much slower pace, has aged decades. Amazing thought, no? This plot line was the basis of the original “Planet of the Apes” movie of 1968 (no doubt only old fuddy-duddies like me even remember that there was such a movie). The astronaut hero, Charlton Heston, has been on super-fast intergalactic travel and crashes onto a planet, which he discovers is run by apes. 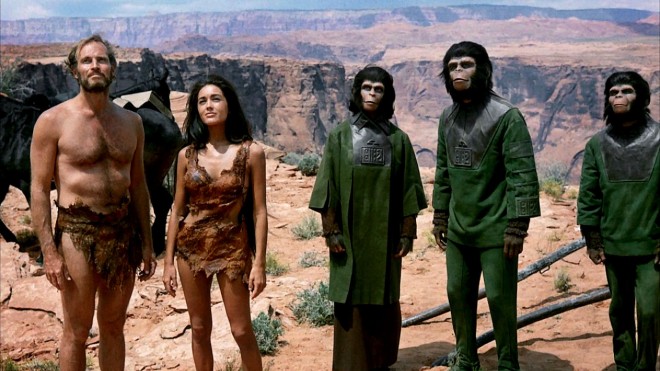 Only at the end of the movie, after many super exciting adventures, does he realize that the planet is actually Earth, hundreds of years after he had left it.

In the real world, it took a while for clever scientists to design experiments to test Einstein’s predictions. Time dilation was only proved for the first time in 1938, by two fellows at Harvard. To be honest, their experiment was so clever that I don’t understand it. I understand much better an experiment carried out down the road, at MIT, in 1963, which involved measuring the number of muons whizzing by at the top of Mt. Washington in New Hampshire and the amount whizzing into MIT’s campus. You see, as muons rain down from the outer layers of the atmosphere, where they are created, they decay, like uranium atoms, and clever scientists know the speed with which they decay. 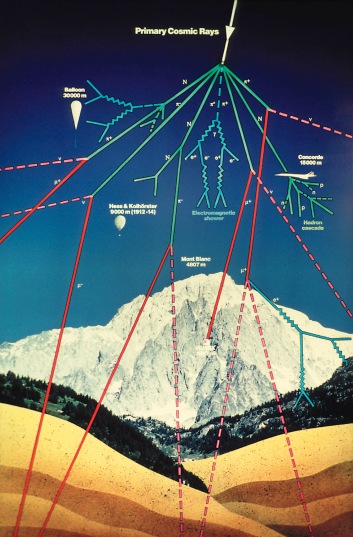 So if you measure the muon whizz-by rate at the top of the mountain as well as the number of muons so whizzing, and if you know the muon decay rate as well as the difference in height between Mt. Washington and the MIT campus, then you can calculate how many muons should have decayed away before reaching said campus, and you can compare that to the actual number you measure whizzing into your lab on campus. And you would find many more arriving than you calculated! BUT, if you now went back to the blackboard

(or whiteboard in this day and age) and factored in Einstein’s time dilation effects, then the difference between what you calculated and what you measured would pretty much disappear. Because, you see, while you, the clever scientist in your MIT lab, was saying “well, it should take one millisecond for a muon to go from the height of Mt. Washington to the height of my lab”, the muon, speeding along at something near the speed of light, would glance at its Rolex and say “hang on a millisec, it only took me one microsecond to get here, so I ain’t decayed yet.” Clever, no?

Of course, all these experiments cost a lot of money. I have just discovered a much cheaper experiment proving the time dilation effect, although admittedly it takes a good deal longer to carry out. It came to me in a flash a few days ago. I saw a shop, which proudly proclaimed that it had been established in 1975. “Pah!”, I said “that’s just yesterday”. But then I thought, “Hang on. If in 1975 I had seen a shop proclaiming that it had been established in 1935, I would have said, ‘Wow, that’s a long time ago!'”. Which proves time dilation incontrovertibly: as each of us moves faster and faster through life towards the grave, time past seems to go by slower and slower. QED, as Einstein would have said in his heavy German accent.

I wonder if I can get this proof published in Nature?