I must excuse myself to my readers for the long gap in my posts, but my wife and I have just come back from a two-week holiday. We were visiting the Kimberley region in Australia, which for those not familiar with Australian geography is the region tucked away into the continent’s northwest corner. 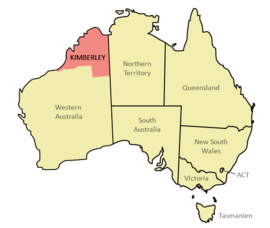 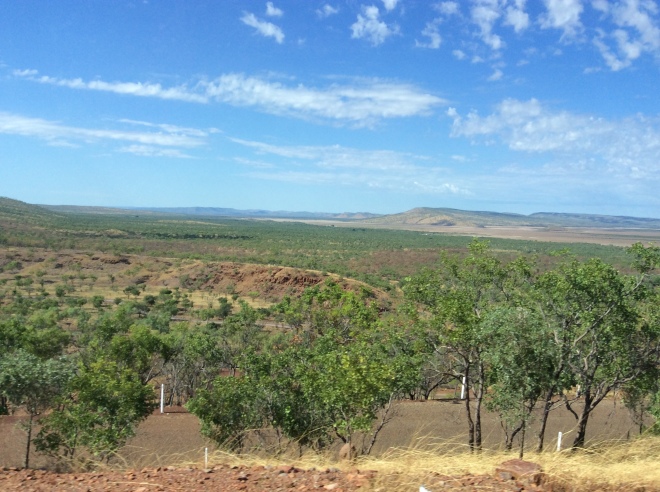 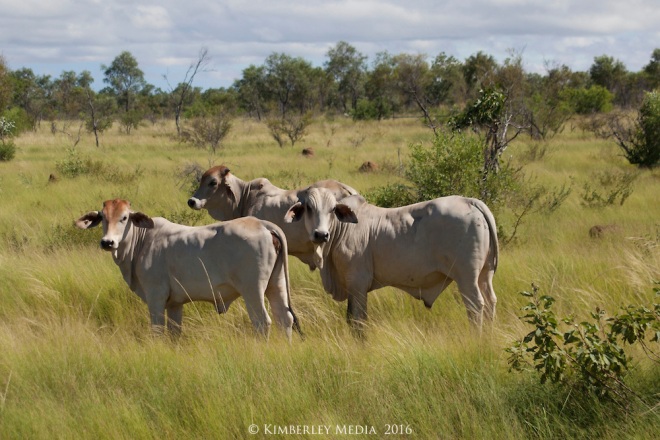 We chose to go with an organized tour, and so we found ourselves, the rather exotic foreigners, traveling with 22 Australians and a New Zealander (I don’t think New Zealanders really count as foreigners in Australia). It was a fascinating mix of people. Nearly all of them were from Australia’s east coast, escaping their “cold” winter. Most of them were retirees; at 62, we were among the youngest (there were two outliers, girls in their early twenties – we all stared at them in surprise when they first got on the coach; what on earth were they doing with us old fogies?). Two couples had been dairy farmers, a number had been teachers, a number had been social workers of one form or another, one had worked in the prison system, one had been an architect and another a house builder, one had been a bureaucrat in the Ministry of Finance, one of the young girls drove coal trucks out of a coal mine while studying part-time to be a nurse, the other was a receptionist. As behoves an immigrant country, several of our group were first-generation immigrants: there was a woman who hailed originally from Malaysia, another from France, a couple from the Netherlands, and another couple from what had once been Rhodesia and is now Zimbabwe. All this diversity made for interesting discussions as we opened up to each other at meals and around camp fires in the evening.

And of course, we touched upon the more intimate things of life: children, deaths of or separations from spouses, and, as we settled into the trip and admitted several trips a night to the toilet, the state of our prostates. It was somewhat akin to that film of long ago “If It’s Tuesday, This Must Be Belgium”

although in our case we only toured one small part of one country (but still managed to clock up 2,600 km; just to put things in perspective, the Kimberley is twice as big as the UK), the coach we rode in was technologically very sophisticated, custom-built on a Mercedes chassis to take anything the rugged unpaved roads of the outback could throw at it 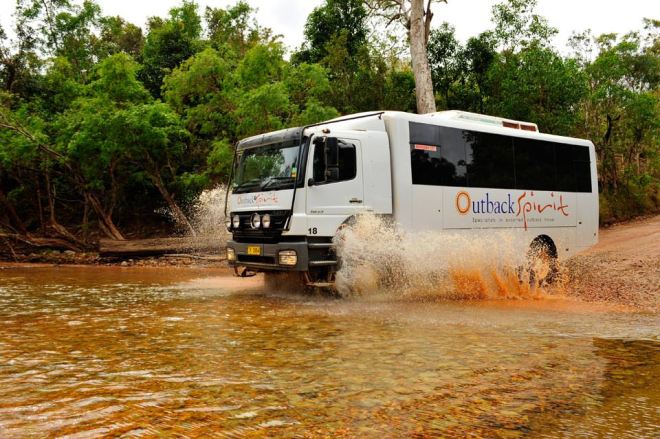 and we slept in tents – I was strongly reminded of my Boy Scout days.

The tour started in Broome, a small town on the Indian Ocean and once a pearling station, went east along the paved Great Northern Highway for a thousand kilometers or so, to the even smaller town of Kununurra, and then looped back to Broome along the unpaved Gibb River Road, with a detour north at some point along the Kalumburu Road to visit the Mitchell Falls situated very nearly on the northern coast. I do not intend to bore my readers with a detailed travel diary. I will just touch upon some highlights in the next posts. So cheerio, mates!

3 thoughts on “OUR TOUR OF THE KIMBERLEY, AUSTRALIA”