Two weeks ago, my wife and I visited the temple on mount Kurama, a mountain on the outskirts of Kyoto. We took the train to the mountain’s foot and then climbed to the top – well, “climbed” is perhaps misleading, since rather than toil all the way up using the path that snakes its way to the top we took a cable car to very near the summit and toiled lightly the rest of the way. It was the Fall colours which had brought us there, and indeed the red of the Japanese maples and the yellow of the ginkgoes were a sight to behold. 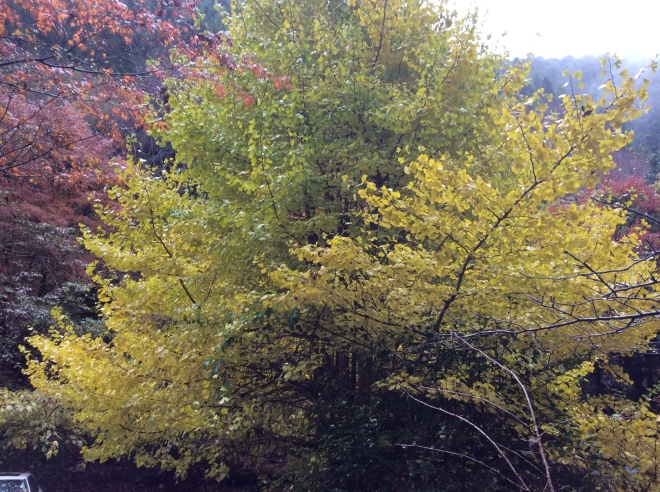 Since it was a cool, rainy day, the surrounding landscape was enveloped in drifting cloud and mist, strongly reminiscent of painted Japanese landscapes. 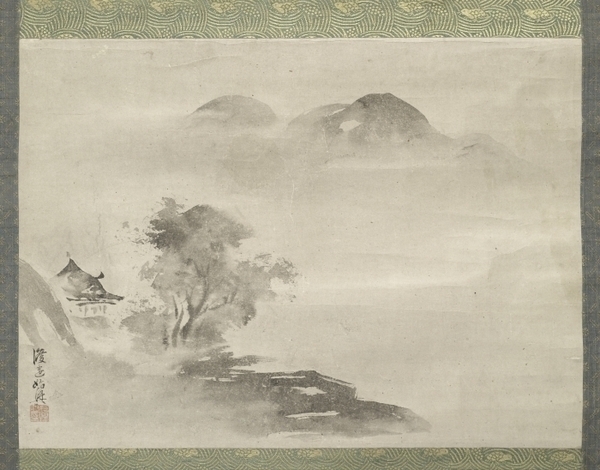 At the top, we walked around the temple

and enjoyed the view. 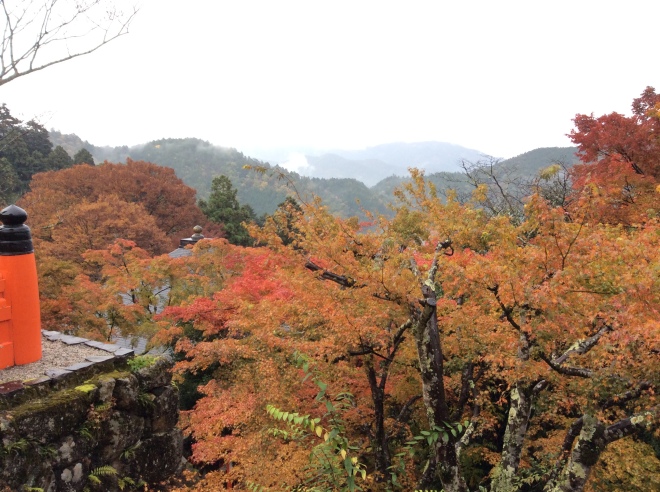 After which, we walked down the other side of the mountain 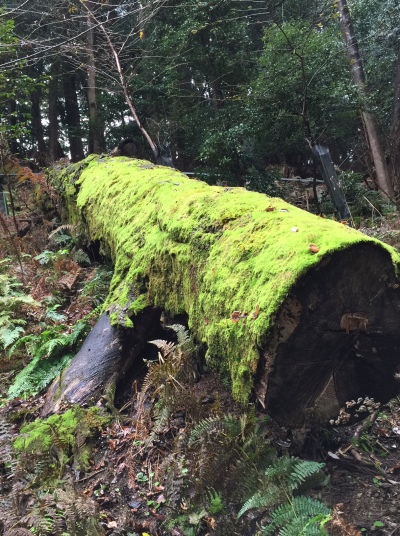 to take a well-deserved lunch at the bottom. 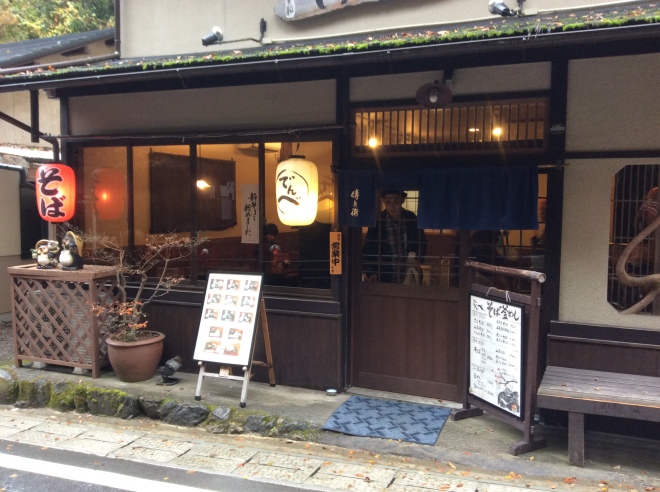 A week later, when our daughter joined us for Thanksgiving, we took her to the Fushimi Inari Shrine on the hilly eastern edge of Kyoto and hiked up the mountain behind the shrine, passing through the famed tunnel of torii on the way

(although when we passed through the tunnel, it was packed with people – the disadvantage of visiting Kyoto at this time of the year).

After admiring the view at the top and inspecting the small shrines sprinkled along the path, all of which were smothered in small votive torii

we made our way down again and had a well-deserved bowl of rahmen at the mountain’s foot.

Ours was an admittedly very secular version of a pastime as ancient as civilization itself, the climbing of mountains to pray to the gods. I suppose it makes sense. Gods often have been thought to reside up in the sky somewhere, and mountains were as close to the sky as we humans could get before the age of aviation. And before there were 7 billion of us, working our presence into every nook and cranny of the planet, mountains were remote, mysterious places, where our ancestors could more easily commune with the divine.

Hinduism, along with Jainism and Buddhism, has its Mount Meru, a mythological mountain, which for many believers, though, finds its material incarnation in Mt. Kailash in Tibet. 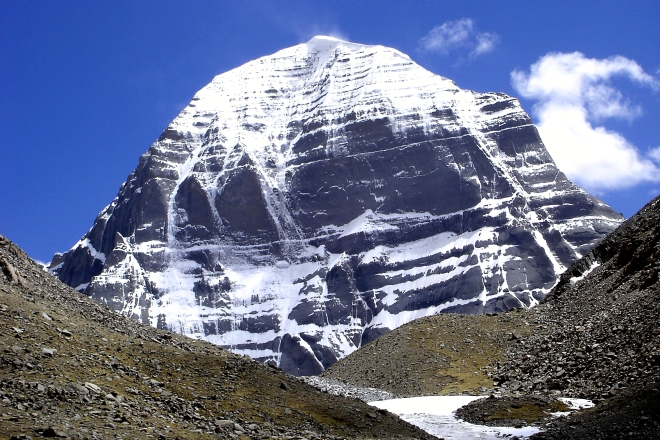 Many Hindus and Buddhists make the arduous journey to the mountain. Once they reach it they will reverently circle it (I highly recommend the book “To A Mountain In Tibet”, in which that great travel writer Colin Thubron relates his journey on foot to this mountain up through the high valleys of Nepal).

Moving further west, Judaism has its Mount Sinai, traditionally thought to be this mountain. 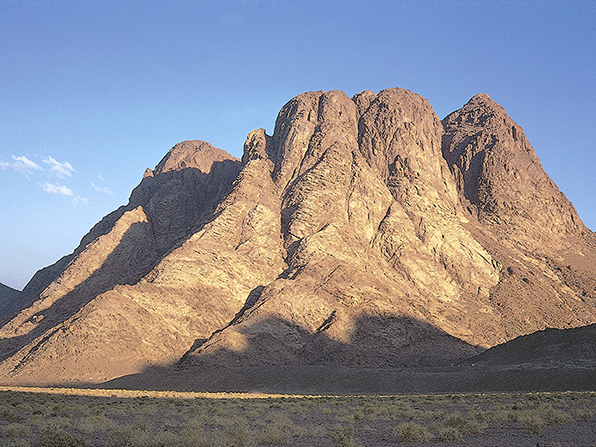 The Bible tells us that Moses climbed it to commune with Yahweh in the Burning Bush, and from its top he brought down the Ten Commandments to the people of Israel. Charlton Heston gave a great performance as Moses in the Hollywood film epic “The Ten Commandments” 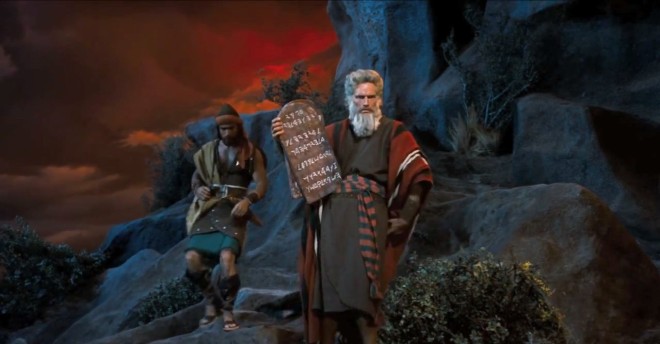 Islam also has its holy mountains; since it is a religion of the Book, many of these are linked to stories in the Bible: Mt. Sinai because of its link to Moses, Al-Judi, reputed to be where Noah’s Ark came to rest after the Flood, the mount of Olives, where the righteous will be chosen and evil abolished. But it also has mountains which are holy because of events in the life of the Prophet Muhammad. One such is the Temple Mount, the scene for Muslims of the Prophet’s ascent to heaven in his Night Journey, and on which they built the beautiful Dome of the Rock.

Another is Jabal Al-Nour, on the outskirts of Mecca.

This mountain houses the Hira Cave in which Muhammad began receiving the revelations which became the Qu’ran. The cave is extremely popular with Muslim pilgrims who make the arduous trek up the mountain to reach it.

As for Christianity, Jesus was crucified on a hill, Mount Golgotha, outside Jerusalem. It’s really quite a modest hill, a hillock really, which in Christian art, though, grew into a respectable hill, as shown in this painting by Pieter Bruegel the Elder.

Imagining a good-sized hill gave later generations of Christians an excuse to bedeck local hills with a Via Crucis, or Way of the Cross, which would wend its way up to the top of the hill and along which would be dotted the fourteen stations. The faithful would climb the Via Crucis, stopping and praying at each station (I remember well doing this as a young boy). UNESCO has canonized as a World Heritage Site nine such hills, the Sacri Monti or Sacred Hills, which are strung along the alpine foothills of Lombardy and Piedmont, not too far from Milan where we currently reside. Their Vie Crucis were all created in the 16th-17th centuries.

I’m trying to persuade my wife that we should go and climb a couple. To make the suggestion more palatable, I’m suggesting that we now wait until Spring – and that we choose sacri monti that have good restaurants at their foot to which we can repair after the climbs.