We were down at the seaside a week ago and, as is our wont, we went for a walk. The walk we chose this time was one we had last taken thirty or more years ago. It’s the walk which links le Cinque Terre, the Five Lands, five coastal villages occupying a very rugged piece of the coast in southern Liguria. The Cinque Terre have become very famous in these intervening years and we were reading online that hordes of tourists descend on these five luckless villages during the summer. Luckily, the tourist flow has slowed to a trickle by the middle of January. We passed hardly anyone as we walked between the villages of Vernazza and Corniglia (the only part of the full walk we did this time). One or two youngsters galloped past us; otherwise, we met and walked for a while with a very nice couple from Chile, retirees like us, who were coming to the end of a long tour of Europe.

As readers can see, especially in the picture of Corniglia, the villages of the Cinque Terre are clinging on for dear life to rugged slopes that fall pretty much sheer into the sea. This is a photo of Manarola, the next village down

and Riomaggiore, the furthest south of the five villages.

I love villages like these that seem to spill down a slope. They always remind me of a tumbled pile of children’s blocks 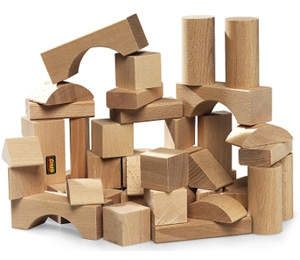 Italy seems to have many such villages, but a quick surf around the net threw up a number of other examples around the world. There’s this village, for instance, the village of Peillon in France’s Maritime Alps. 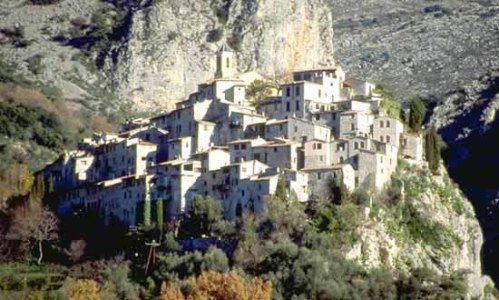 There’s Oia, on the Greek island of Santorini.

Even further afield, there’s the village of Al Hajjarah in Yemen.

These villages are lovely to look at from a distance, but their real beauty is to be found close up. The steep terrain, the building of houses close together, means that these villages are full of winding alleys and stairways disappearing around a corner 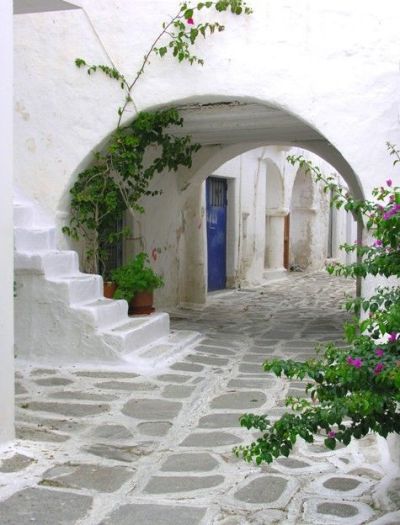 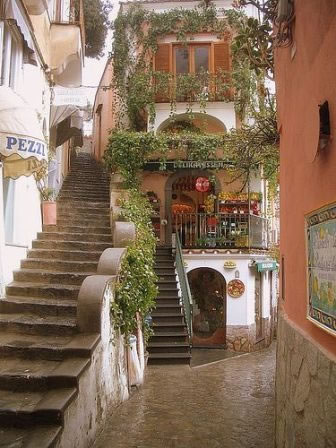 leading you on to discover quiet corners.

And no cars! Cars, the cancer of our cities … I dream of the day when they are banned from cities, where all cities are like Venice

where people own the roads rather than cower on pavements, keeping themselves and their children safe from these one-ton steel monsters hurtling down the streets, bringing death and destruction to anyone foolish enough to step off the pavement at the wrong moment.

There, I’ve had my little rant against cars. Feel much better.