As we did last year, during our latest stay in Los Angeles my wife and I visited the old house and grounds of Arabella and Henry Huntington, now the grandly-named Huntington Library, Arts Collection, and Botanical Gardens. The arts collection, which we visited thoroughly last year, is well worth a visit. It holds some very famous pieces of European art, such as the Blue Boy by Thomas Gainsborough. 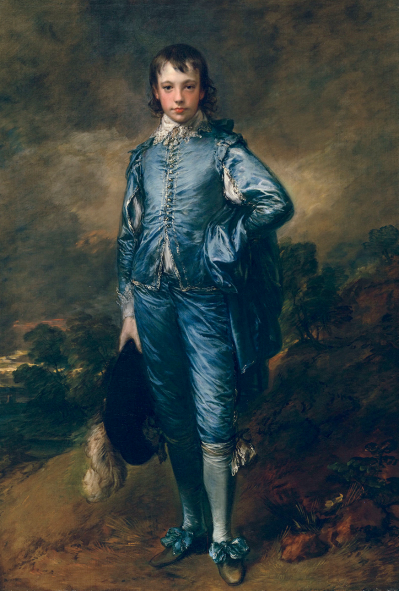 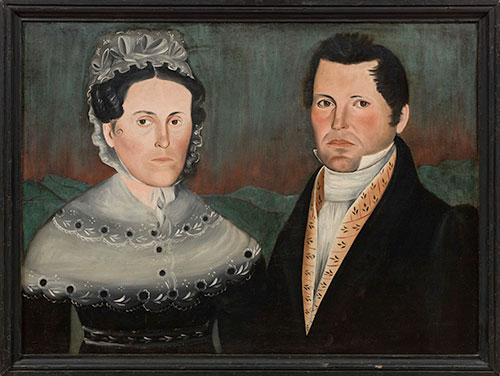 But this year we ignored the art and headed for the gardens. Because the gardens are equally wonderful. During their lifetimes, the Huntingtons had already laid out several gardens around the house. One was a traditional rose garden (primarily so that Arabella Huntington could fill the house with cut roses). Henry Huntington also started a camellia garden along the edges of the Vista which the couple created in front of the house. He also surfed what was then a popular trend and created a Japanese garden. He was also an admirer of palm trees, so he started a palm garden. And after some prodding from his head gardener, he agreed to start a desert garden. The same head gardener, presumably with Mr. Huntington’s approval, also installed lily ponds in an unsightly corner of the garden.

Some of these original gardens have been expanded over the years, while new gardens have been added: a Chinese garden, a semi-tropical garden, a tropical (“jungle”) garden, and an Australian garden (along with a couple of much smaller gardens: a herb garden and a Shakespeare garden, the latter housing all the plants mentioned in one way or another in Shakespeare’s works). All in all, this complex of gardens give the visitor a taste of the sights and scents of many of the world’s biomes (they also give people a lovely scenography for picnics and general lazing around on lawns).

The desert garden is what interests me today. As we wandered the paths which crisscross it, we marveled at the wonderful cacti and succulents which populate this garden. We are not the only ones to have been struck by them. I throw in here some of the better pictures which other visitors have posted on-line. 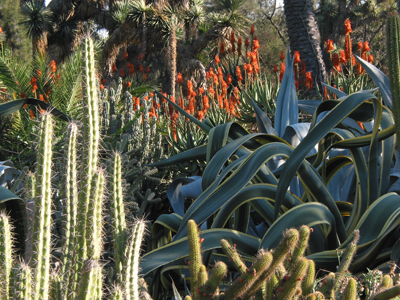 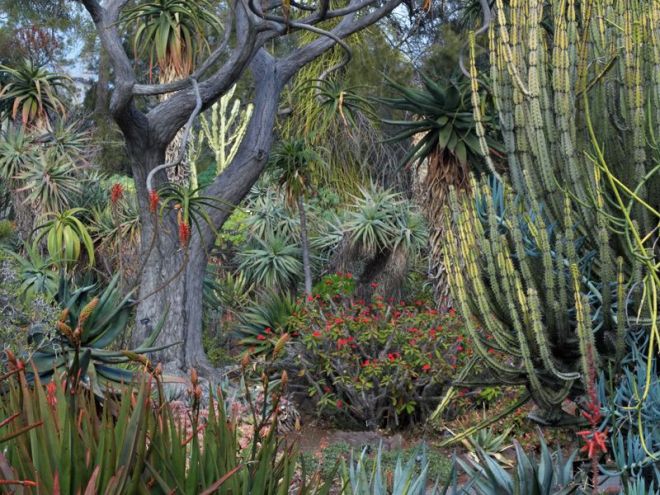 If I focus on the desert garden rather than on any of the other gardens at the Huntington it is because of water, or rather – in this part of the world – the lack of it. As most people probably know, Los Angeles and southern California in general is a semi-desert; in fact, the region wouldn’t have been able to develop nearly as much as it has if its politicians hadn’t managed to filch large amounts of water from the northern part of the State. But this grand water larceny has only put off the day of reckoning. Southern California is running out of water. Something must be done to contain water use.

Under the circumstances, it makes eminent sense for everyone in this city who has a garden to stop planting water-thirsty plants, especially those lawns so beloved by Americans. Here are a few prime examples from the swank properties surrounding the Huntington. 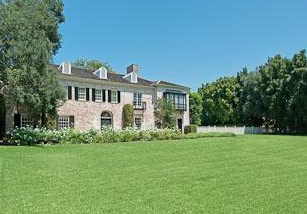 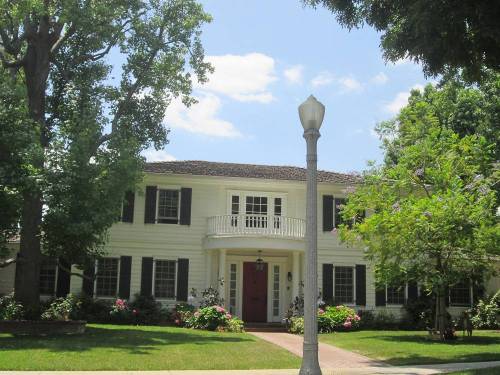 The Huntington itself has its fair share of thirsty lawns. 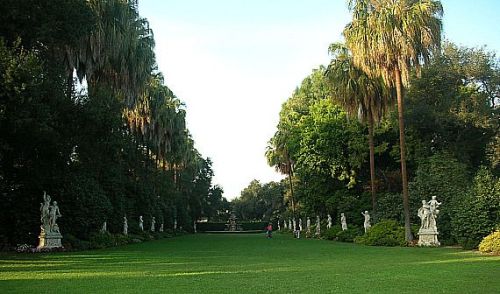 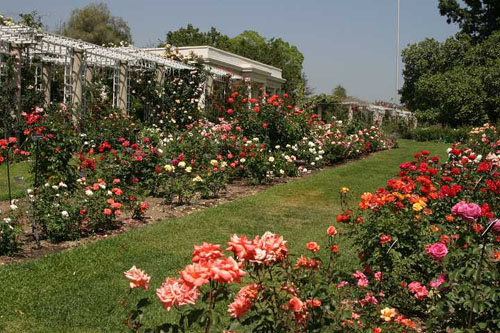 To their credit, the people running the Huntington are now pushing the idea that Angeleno gardeners should opt for water tolerant plants in their gardens. And what the desert garden shows is that a garden of cacti and succulents can be every bit as beautiful as a traditional garden. These poor plants get a lot of bad press, probably because of the spines which most cacti sport and perhaps because they can often look somewhat bedraggled. Certainly, it seems that Mr. Huntington’s initial reluctance to have a desert garden had to do with unspecified bad memories of run-ins with prickly pear cacti from the days when he was building his uncle’s railroads across the country. My guess is that his horse threw him into a patch of prickly pear – but that’s only a guess.

As we walk around the city, my wife and I notice an encouraging trend towards more cacti and succulents in gardens and public spaces. 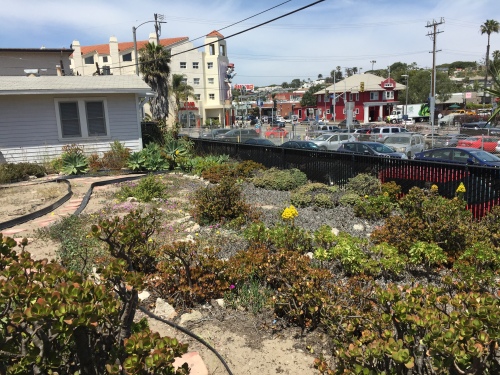 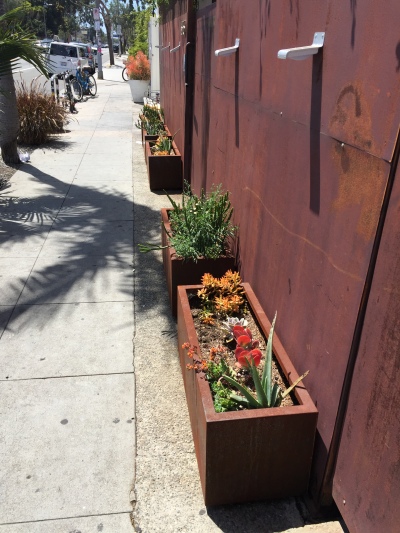 Among all the drought-tolerant plants on show, the one I am most fond of is this one, which I have been seeing a good deal of this year.  This example, for instance, graced a space near a bus stop which we were waiting at.

These examples, instead, are part of a more general planting of cacti and succulents which we have often been walking by as we stroll along the boardwalk at Venice Beach.

It is called, I have discovered, firesticks (or variations thereon: sticks-of-fire, sticks-on-fire, and probably others). The name obviously refers to the plant’s crown of very pretty red, pink, and orange stick-like twigs. It’s really very lovely. But beware! The white sap which oozes from a twig when broken can irritate the skin and is especially dangerous if rubbed into the eyes. I should know. The firestick is a direct descendant of the pencil tree.

This tree can be found throughout East and South Africa. And in fact it grew in our garden in Eritrea. I still remember my mother’s frantic screams when she realized that my little fingers one day had broken a twig and I was busily spreading the sap on the palm of my little hand.

Even though they don’t have a garden, my daughter and her boyfriend are moving towards cacti and succulents on their balcony. They have planted a bunch of flower pots with them. I’m pleased to see that the firestick is one of their choices. 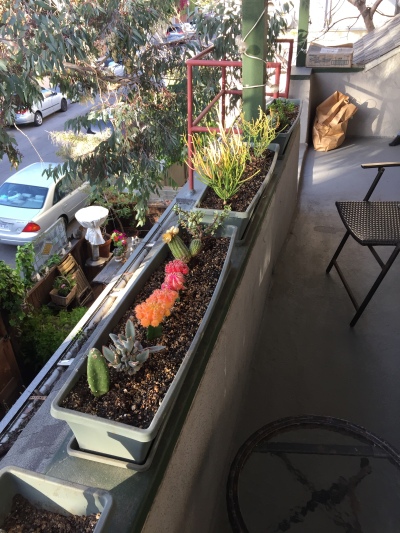 Truth to tell, they have chosen these plants not so much as a commitment to a more sustainable lifestyle but rather for their low maintenance requirements. Neither of them are particularly diligent in watering and previous planting attempts ended badly because of this. Let’s hope that when we come back next year, they are still flourishing: cacti and succulents rule, OK! (at least in Los Angeles)

One thought on “CACTUS RULES, OK!”