I recently finished the three-week course which I give annually at Kyoto University, on sustainable industrial development – or rather, lack thereof. Summarizing rapidly, my thesis is that current patterns of industrial development, indeed current patterns of economic development as a whole, are fundamentally unsustainable, and that if we don’t change course soon climate change as well as various other attacks on our planetary ecosystems will lead to their collapse and this to the collapse of our civilizations. The rest of the course outlines how we might change direction.

For the students it’s an intensive course, but for me it’s not so intensive: two three-hour classes a week, plus a bit here and there. So I and my wife, who always accompanies me on these trips, have a lot of spare time on our hands. In past years, we’ve visited the city’s museums but none of the exhibitions this year grabbed our attention. The only exception was the Miho museum, which we had discovered last year. It had a strange (well, to us strange) exhibition, obsessively focused on bamboo tea scoops, used in the traditional Japanese tea ceremony to scoop powdered green tea out of its holder and transfer it to the pot of hot water. We see one here together with its bamboo holder. 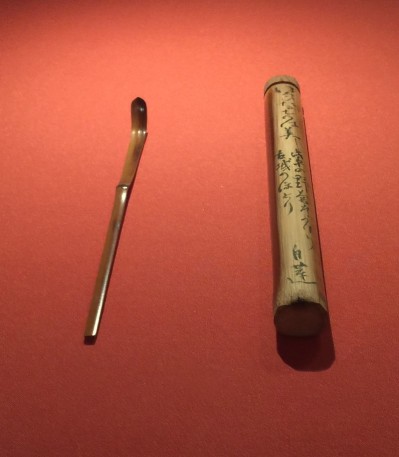 Seeing one or two tea scoops is OK, but after the sixth or seventh my interest began to pall; yet this exhibition must have had a hundred of the things. Nevertheless, the building itself and the permanent exhibition was definitely worth another visit. I refer interested readers to an earlier post of mine on this museum.

We’ve also visited all the temples in and around Kyoto (and one year even took in the temples at nearby Nara), so by now we’re pretty much templed out. The only exception this year, because it continues to fascinate, was the Fushimi Inari shrine with its long avenues of torii gates snaking their way up and down the hill at whose feet the shrine stands. 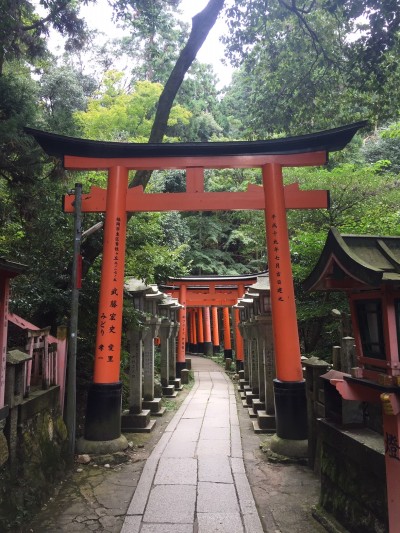 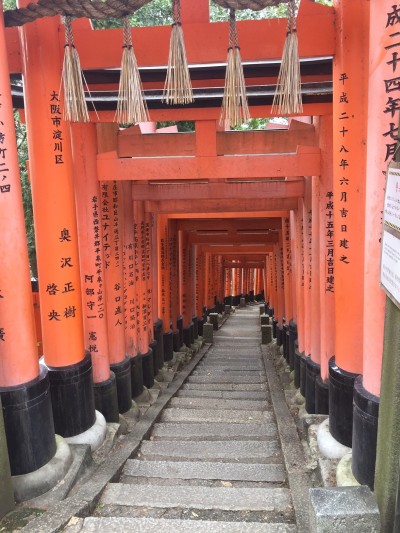 Climbing up through all those torii gates was also useful exercise for us, helping as it did to maintain our fitness in readiness for the week-long walk we were booked in to do after I’d finished my course (and which, with a bit of luck, will be the subject of a future post).

In fact, walking the hills ringing Kyoto became the focus of much of our attention this year. Through serendipity we discovered a network of trails in those hills, and in the days I wasn’t teaching we would set off to explore them. They were quite hard going, their navigation not made easier by the many trees which this summer’s severe typhoons had brought crashing down over the trails. The typhoons were unusually severe this year in Kyoto, as was the summer in general; the climate change I was talking to my students about is making summers hotter and extreme weather events all the more extreme. 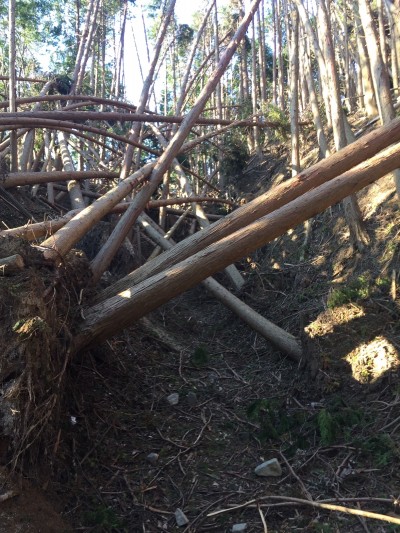 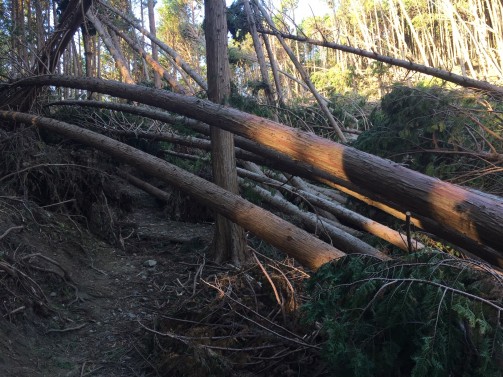 Luckily, many sections of the trails were easier on the legs, and it was on one of these sections, as we rounded a corner, that we suddenly found ourselves on the edge a steep wooded slope carpeted by intensely green ferns. 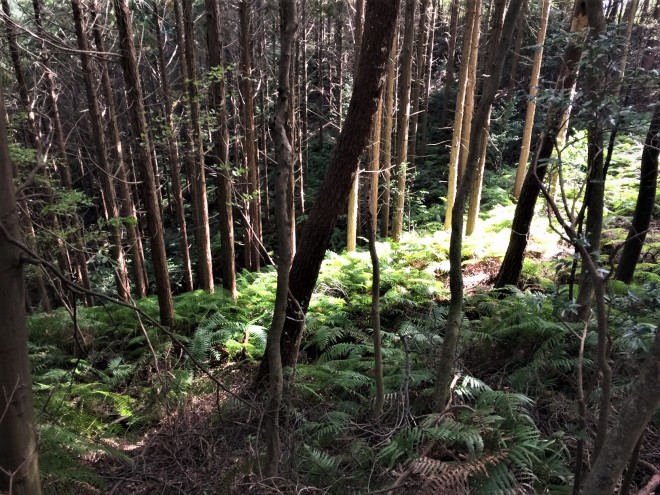 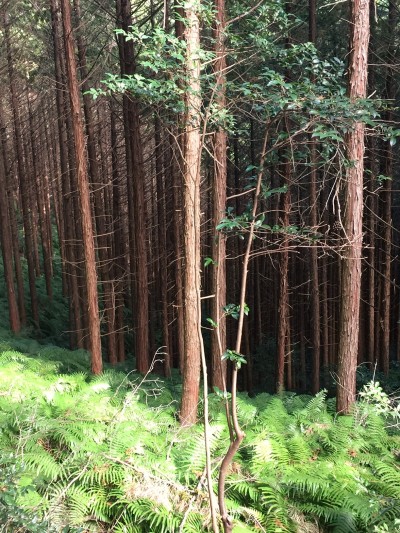 I have a great fondness for ferns. Partly it’s because of their innate elegance. 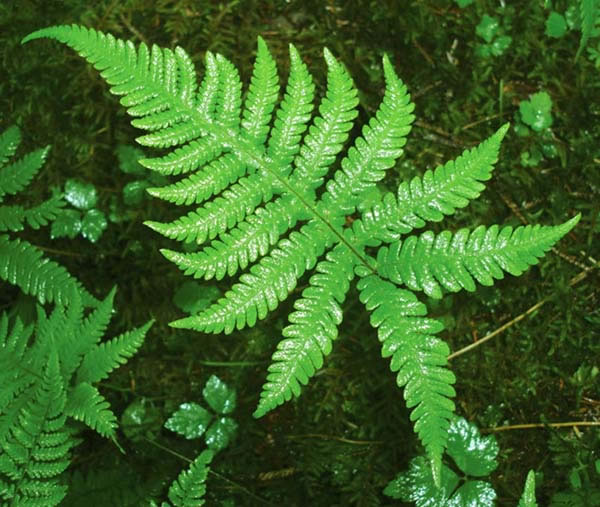 Partly it’s because of the beauty of young ferns as they uncoil. 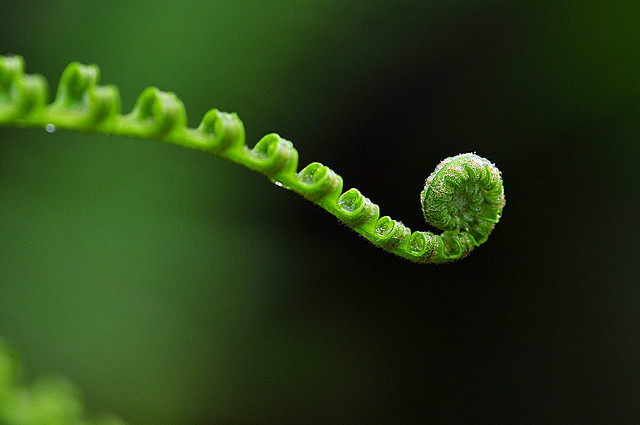 Partly it’s because of their great age; as I have written in previous posts, I have a soft spot for those very ancient species which have survived to the present time. 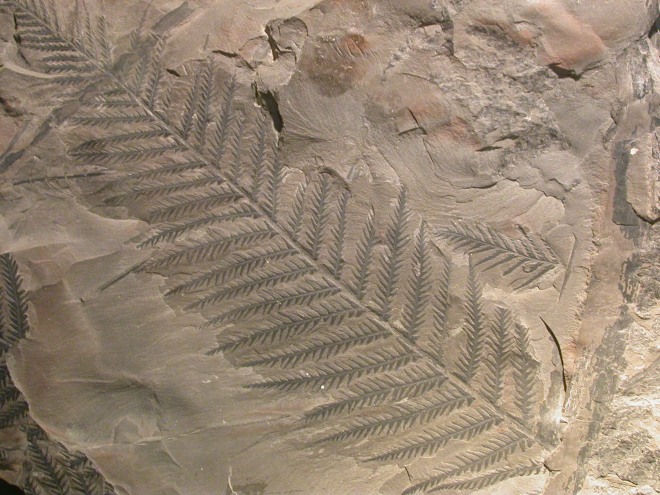 Ferns first appear in the fossil record during the Carboniferous period, some 300 million years ago. The first evidence of ferns related to several modern families appeared in the Triassic period, some 250 million years ago. The great fern radiation occurred 70 million years ago in the late Cretaceous period, when many modern families of ferns first appeared. I should point out that in all these periods, CO2 levels were far higher than they are now. No doubt when that climate change I was talking to my students about, induced by rapidly increasing levels of CO2, brings our civilizations to their knees and wipes us out as a species ferns will once more conquer the world. Who laughs last laughs longest.