Our son, who happens to be staying with us at the moment, is currently really into a new variant of our standard way of making our post-lunch instant coffee. Yes, in this country which gave the world cappuccino, espresso, macchiato, and dozens of other glorious versions of coffee, we use instant coffee at home. Let me leave aside any discussion as to why we do this and share with readers the variant in question. It is the addition to the coffee of some zest from the mounds of orange peels which we regularly generate at this time of year. The zest adds a slight citrus flavour to the coffee, which pleasantly smoothens the coffee taste. Our son was taught the trick by my wife, who in turn learned it from her mother, who used it very often when she was drinking her caffè d’orzo, her barley coffee – this is Italy’s non-caffeinated alternative to coffee, made from ground roasted barley; it is similar in function to, although better in taste than, chicory. This picture of caffè d’orzo with a twist of orange zest was tweeted by an Italian lady who was waxing enthusiastic about the cup she was just having. 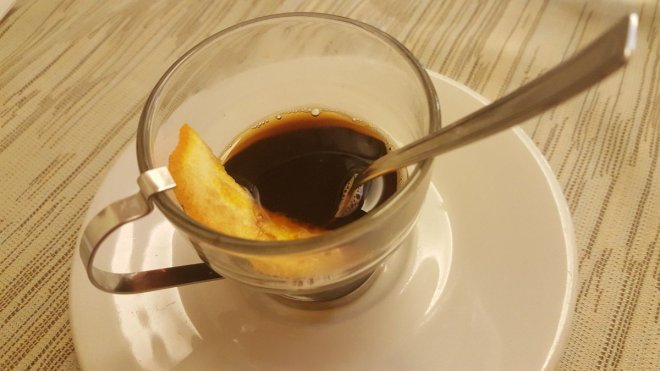 Knowing the rather louche reputation that chicory has, I throw in this picture which clearly shows that caffè d’orzo is considered a very respectable drink in Italy.

While we do not drink caffè d’orzo, our main use of instant coffee is in its decaffeinated form. This makes it pretty close in spirit to caffè d’orzo, so the orange zest works well with it too. I recommend that any of my readers who drink instant coffee and who happen to be eating oranges should try it.

As is my habit when writing posts, I cruised around the internet a little, this time to see what other coffee-orange combinations have been tried or are being suggested. There are quite a number, but I will cite just one or two. One that takes my fancy is actually more of a liqueur. Take a bottle of grappa, add three strips of orange zest and six freshly toasted coffee beans, and then leave the whole for about 15 days to allow the grappa to imbibe both the orange and the coffee flavours (in the first few days, turn the bottle once a day to ensure that the beans get waterlogged and sink down into the grappa).

I suspect that this is not really Italian – the net reports a similar liqueur made in the Netherlands using vodka (I would have thought that it should be made with jenever to be really Dutch, but perhaps I’m quibbling here).

For reasons which will become clear in a minute, another coffee-orange combination which caught my eye goes as follows. Peel off the zest of half an orange, put it in a small pan with eight teaspoons of sugar, two cloves, a piece of cinnamon, and four small glasses of rum. Heat the pan over low heat until the mixture is piping hot and the sugar completely dissolved. Add to the hot mixture four small cups of boiling espresso coffee. Mix in and drink. The recipe helpfully suggests to accompany the coffee with some biscuits. 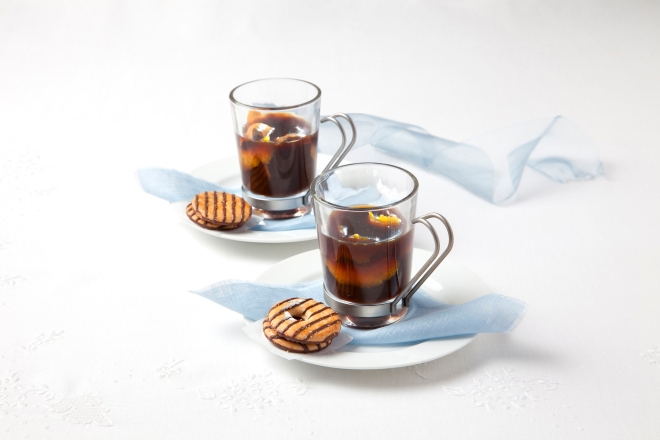 While I was doing my searches for orange-coffee combinations, I decided to do a similar search for lemon-coffee combinations. Many years ago, when we were in the US we went to an Italian restaurant. At the end of the meal they served us an espresso with a small twist of lemon zest. I was somewhat surprised by this, but my wife explained that it was actually a Neapolitan habit – my reading for this blog suggests a somewhat wider localization, since it seems to also be a habit on the Sorrentine peninsula. 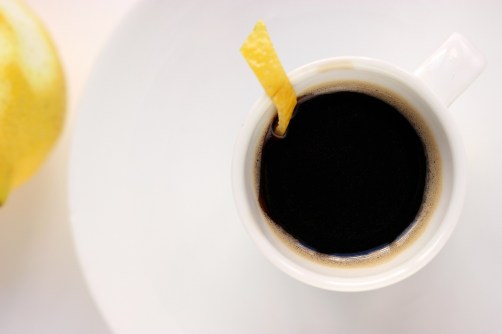 The reason for adding lemon zest to coffee seems to be to soften its bitterness. Apparently, one should also rub the lip of the cup with the zest, to disinfect it – I have to presume that cups were not that well washed in the old days … From the comments I found on the net, there must be many Italians who do not know of this Neapolitan-Sorrentine use of lemon zest. A number of entries written by Italians described similar experiences to mine in the US and put it down to the general barbarity of the Americans. Yet all it seems to show is that a lot of Neapolitans and Sorrentines emigrated to the US and took their culinary habits with them.

Here too I cruised around the net to see what other lemon-coffee combinations I could discover. The one that really captured my fancy is the Ponce di Livorno, the Leghorn Punch (how on earth did the English transpose the Italian name Livorno into Leghorn? A mystery to resolve another day). There was a time when Livorno, a port city in Tuscany, had a sizable British expat community, merchants for the most part. As British expats always do, they brought their gastronomic habits with them, one of these being the imbibing of punch.  By the time the local Livornese population was introduced to this drink in the early 19th Century, it had become quite genteel, being made with tea, rum, sugar, lemon and cinnamon. Since the Livornese, like Italians in general, were coffee drinkers rather than tea drinkers they decided to substitute the tea with coffee (they also substituted the rum either with Mastice, a local aniseed-based liqueur, or with “Rumme”, a fake rum made by mixing together alcohol, sugar and dark-coloured caramel. Nowadays, since rum is easily available they have gone back to using that). It’s become so much part of Livorno that the drink has been given a Protected Designation of Origin certification. To make it, put half a large cupful of rum into a small pan, add two teaspoons of sugar and some cinnamon (or Mastice), and heat. When hot, add an equivalent amount of espresso coffee, mix, and pour into a large cup. Add a twist of lemon zest.

It’s just as well that lemon juice is not added, as it presumably would have been to the original British punch. Many entries in the net refer to coffee-lemon juice combinations as a great emetic (people refer to their grandmothers using this with their grandchildren when they were sick to their stomach), or as a great cure for hangovers, or as a great cure for headaches. I’m not quite sure lemon-coffee can have all these effects, but clearly we must have no more than a faint trace of lemon in the coffee (I’m rather reminded of puffer fish sushi. Puffer fish contains a deadly venom. If not properly prepared and even a small trace of venom remains, that puffer fish sushi will be your last meal)

Well, with this, I wish my readers fun in combining either orange or lemon with their coffee, whether properly brewed or instant! 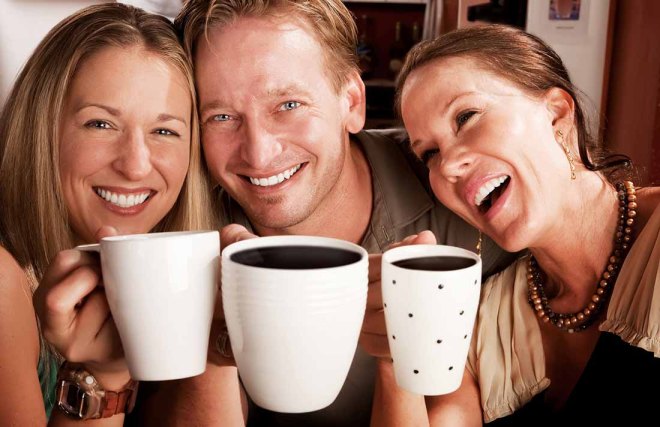 One thought on “COFFEE AND ORANGE, COFFEE AND LEMON”