We’ve had a hot, hot summer this year in Vienna, with very little rain. It seemed as if the summer was never going to end. But then, quite suddenly, it did. We had three days of heavy rain in the first week of September and summer’s back was broken. Temperatures tumbled overnight, as they can in this part of the world, by 10-15 degrees. The rains passed, the sun shone again, but now there was an autumnal chill in the air.

This weather pattern has been a godsend to mushroom pickers. I had lunch with an old colleague a week or so after the rains. He and his wife are dedicated mushroom pickers. As we tucked into our Wiener schnitzels, he told me that this year it was like manna from heaven: mushrooms were popping up everywhere. They had picked and pickled enough steinpilze to last them through to next September, he exclaimed, with a dreamy look in his eye. For those of my readers who are also into eating mushrooms, steinpilze are penny buns in English, although nowadays I suspect many people know them by their Italian name porcini. I throw in a picture of this delicacy in its natural state.

Even my wife and I, who like the occasional mushroom but are definitely not aficionados, had noticed on our last walks in the Vienna woods a sudden profusion of mushrooms everywhere we looked. But since neither of us would know a steinpilz from a eierschwammerl (chanterelle in English – actually French, but the Brits seem to have adopted the name), we did not dare to collect any: stories from our youth of whole families wiped out from eating the wrong mushrooms continue to resonate.

What my wife and I really noticed on our late-September walks were the Autumn crocuses. The Vienna woods are dotted with meadows large and small. 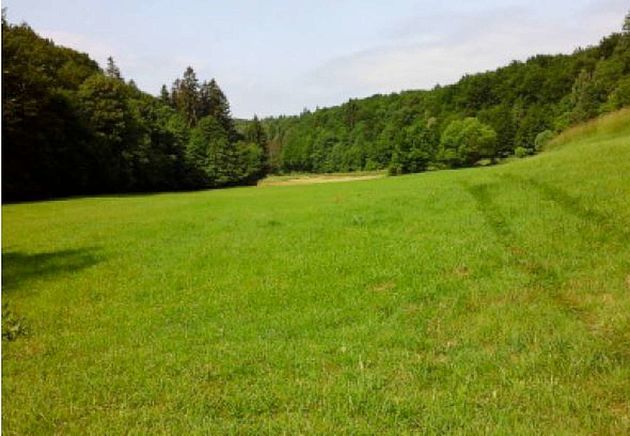 I think most of them were created for a very utilitarian purpose. During the hunting season, they allowed a clear shot of any poor beast which made the mistake of breaking cover, and in fact many of the meadows have a hide at one end.

But at this time of the year, a good number of the meadows are speckled with Autumn crocuses. We came across a particularly lovely display on a walk we did behind Klosterneuburg, the little town on the Danube to the north of Vienna clustered around its venerable monastery. We climbed the ridge which abuts the town, pausing to catch our breath, admire the surrounding vineyards, and take this photo of the monastery below us.

We then walked a long way along the ridge, on the suitably named Lange Gasse, Long Lane. 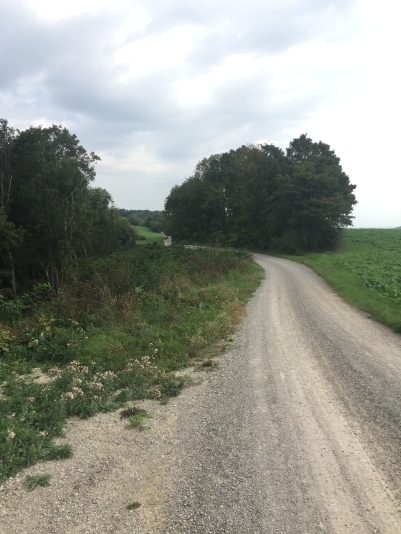 We ambled on through some woods, and then suddenly found ourselves in this meadow. It was carpeted with Autumn crocuses.

Crocuses are really lovely little flowers, so delicate, so tender. A much better photographer than I posted this close-up photo of an Autumn crocus, which shows off to perfection its subtle traits.

When I was growing up in the UK, Spring crocuses were my delight, beautiful in and of themselves but also a harbinger of the Spring and daffodils to come, banishing the grey cold of Winter. But in Vienna, it is the Autumn crocus which dominates, a last extravagant splurge by Nature before Winter starts closing in.

the Autumn crocuses told my wife and I that the moment had come for us to migrate down to Italy. And so we have packed our bags, flown across the Alps, and are now ensconced in Milan for the winter.