When I was young, sticking-out ears were considered ugly and the sign of probable dumbness. This is no doubt why, for instance, Mad Magazine’s mascot, Alfred E. Neumann, has ears which stick out 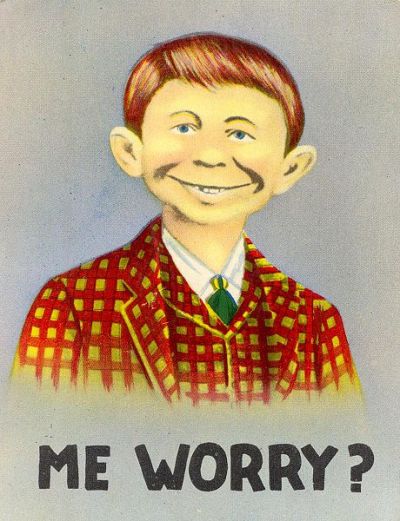 and why two of the the Pieds Nickelés, the grubby lumpenproletariat heroes of a French cartoon series which was still quite popular when I was young, also had had ears which stuck out. 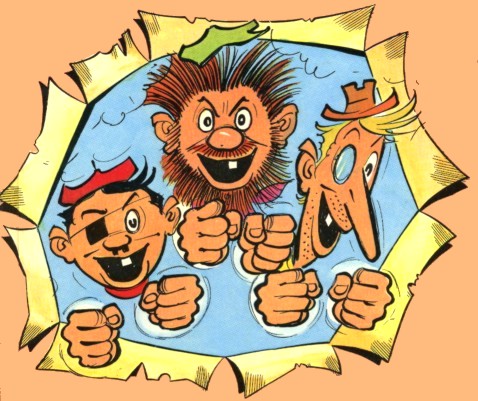 Add to this the general connection between boxers (“thick between the ears”) and prominent cauliflower ears, for instance this boxer from 1914

and the reader can appreciate that prominent ears were not associated with the finer things of life.

This bad press for protruding ears was bad news for me. As a youngster, my ears had an unfortunate tendency to jut out, which led my mother from time to time to take my chin in her hand, pass an eye over my ears, and talk meditatively about having them pinned back. As you can appreciate, this early threat of ending up under the surgical knife has made me remember these episodes quite keenly and to be generally sensitive to the positioning of people’s ears on their heads. Prominent ears were bad enough for boys. They were even more problematic for girls. There was in my youth a certain tolerance for clumsy, oafish boys – that was par for the course – but girls were meant to be dainty and refined. So sticking-out ears on a girl was a disaster. Luckily my wife’s ears were perfectly aligned to her head, but she remembers there being general talk in her youth about using plasters to “train” protruding ears back against the head (rather as one trains flowers in the garden to grow in a certain direction by tying them to sticks).

All this being said, I never actually met a girl – or boy, for that matter – who had their ears pinned back (or who admitted to it). Nevertheless, it is a fact that as I grew up (and mercifully my ears repositioned themselves correctly against my head) I remember no-one of my generation with protruding ears. Somehow, sticking-out ears disappeared, or at least diminished.

So readers will understand that it was with some astonishment that I and my wife discovered that protruding – sometimes very protruding – ears are quite common in China, especially, so it seems to me, among women. Here is a typical example of what I mean: a young woman photographed at an automobile show, where women are meant to sell cars by being pretty, with obviously protruding ears. 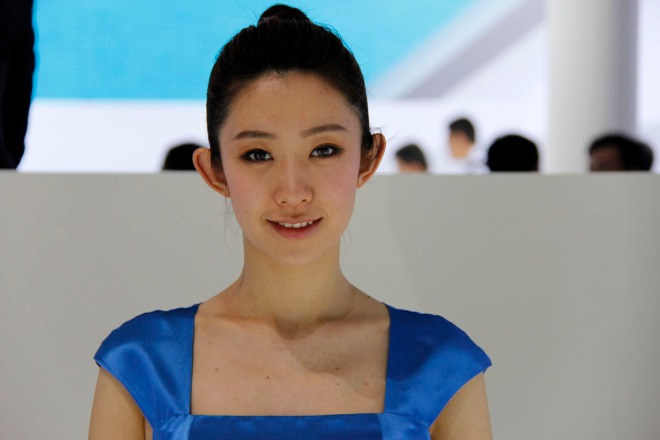 I cannot imagine any automobile house in Europe hiring a woman with such prominent ears to sell its cars.

And here is a picture of an air hostess, a job which in China still connotes prettiness and femininity. I surreptitiously took this photo on a recent flight while the young lady wasn’t looking.

I cannot imagine an air hostess 10-15 years ago in Europe (when good looks were still considered a must for air hostesses) ever having ears sticking out like that.

But perhaps I’m showing a cultural arrogance here, thinking it’s our way or no way. Perhaps the Chinese don’t attribute the same negative connotations to protruding ears that we do in Europe. In a completely unscientific survey, I studied photos of some of the more glamorous Chinese women – actresses, singers and suchlike – to test the following theory: if the Chinese do not think protruding ears are a big deal, then at least some of these women will have ears that stick out. I believe that the following photos prove my theory correct:

Their ears don’t stick out as much as some women’s ears we’ve seen here, but in my non-professional opinion they stick out more than they would on equivalent European (and American) glamorous women.

PS: After I published this post, a reader kindly sent me a series of links to videos and a photo, which show Asian girls with very prominent ears.  The links are in the comment below. From these, I feel that protruding ears are an issue not just with Chinese girls but with East/South-East Asian girls in general.  Is there a genetic component to all this, I wonder?