As we drove and walked around during our week in central Java, my wife and I couldn’t help noticing the many loanwords from European languages (presumably mostly Dutch, with more modern loanwords coming from English) liberally sprinkled among the Indonesian words on signs and billboards. I cite a few here: klinik (clinic, or maybe hospital), notaris (lawyer), parkir (parking), bisinis (business),  apotek (drug store, pharmacy, chemist) 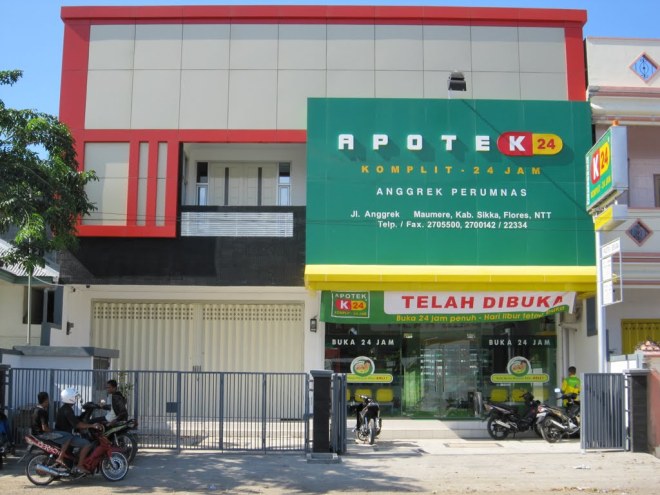 asesori (accessories – seen in a shoe shop, for a shelf devoted to shoe polish and the like), oli (oil), bensin (gasoline), gratis (free), buka (book), and – what has to be my favourite – elpiji (LPG) 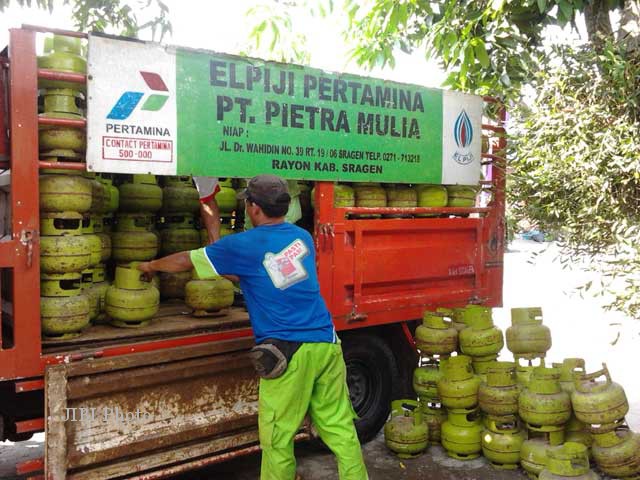 Indonesians certainly don’t seem to have a problem with borrowing words from a different language when they need them to describe things or ideas.  A little research showed me that each wave of foreigners who have passed through the region for trade or conquest – or both – has dropped words into the language.

Here are a couple of examples from Portuguese, who formed the wave immediately before the Dutch: gereja (church – from the portuguese igreja) 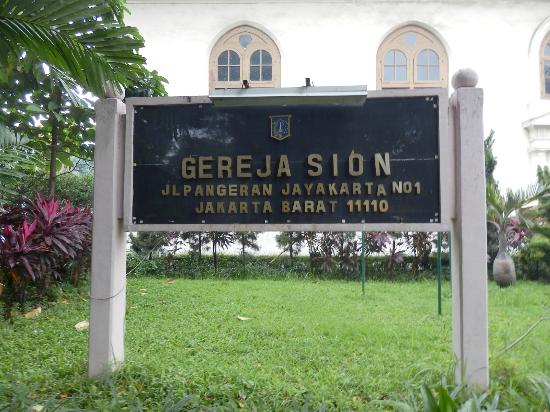 Before the Portuguese came the Arabs. For a country which is 87% Muslim, I suppose it’s not surprising that a number of the Arab loanwords have to do with religion, for instance jumat (Friday – from al-jumʿa) 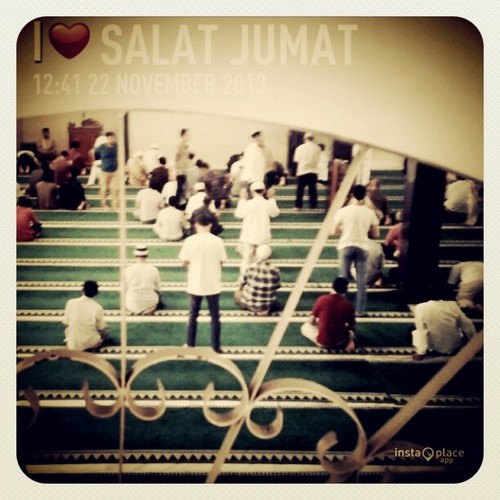 or kitab (book, primarily religious book – from kitāb), but there is also salam (from the universal Arabic greeting, salām).

As for the Chinese, who arrived a little before the Arabs, they have mostly left loanwords which are about very Chinese things, like noodles. Interestingly, rather than from Mandarin, many of the loanwords came from Hokkien, a dialect from southern Fujian, which reflects the Fujianese’s enterprising spirit. Many of the Chinese found throughout South-East Asia originally came from Fujian. So we have mie (noodles – from mī), lunpia (spring roll – from lūn-piá) 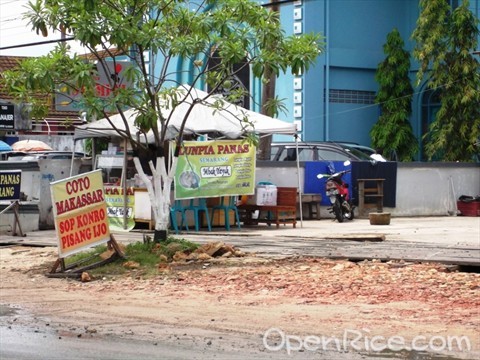 teko (teapot – from teh-ko). But we also have, surprisingly, the widely used slang terms gua and lu (I/ me and you – from goa and lu/li). I say surprisingly because normally these are words which come from the mother language and are not borrowed.

And finally in the distant past, there were intense relations with India, with the main royal families being either Hindu or Buddhist. This brought many Sanskrit words into Indonesian: raja (king), pura (city/temple/place), mantra (words/ poet/spiritual prayers), but also kaca (glass, mirror), istri (wife/woman) and bahasa (language), as in Bahasa Indonesian. 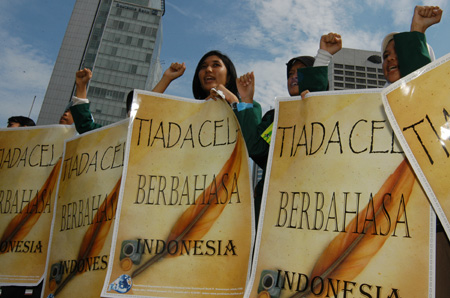 (if I understood the article accompanying this photo correctly, these students are demonstrating against the fact that some classes at their University are not in Bahasa Indonesian; intolerance of the foreign or genuine problem?)

I suppose this seemingly painless adoption of words from other languages has to do with the fact that Indonesian, whose roots are a variant of Malay from Sumatra or Malacca, originally developed as a lingua franca spoken by the traders who roved throughout the Indonesian archipelago. The need for a lingua franca becomes obvious when you think that the archipelago was a thick tapestry of languages. As it is,  some 700 languages are spoken today in the archipelago; probably more were spoken in the past when communities were more isolated. All of the peoples whose languages loaned words to Indonesian originally arrived in the archipelago for trade, so they were communicating with Indonesians who were already open to the idea of using foreign words – as long as it made trade easier, why not? 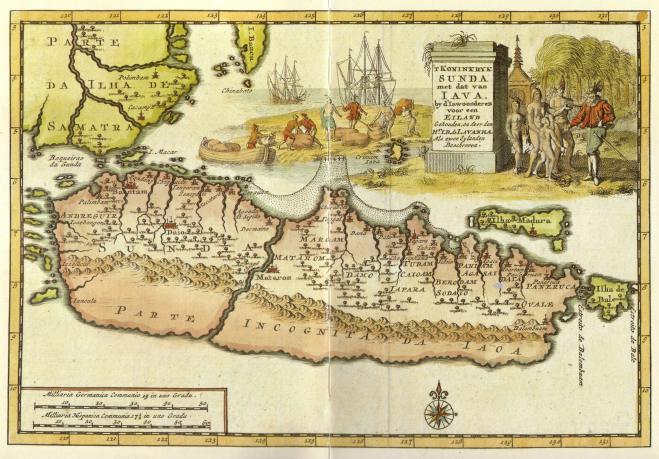 Personally, I’m very sympathetic to the idea of a language being open to any word that comes along and is useful in helping communication, and I cheer the Indonesian on in their liberal word borrowing (we’ll skip over the fact that many of the words entered in periods of colonialism from the colonialists’ language – was their language also “colonized”?). My paternal language, English, is currently busily lending all sorts of words to every other language in the world, but originally it was the other way around. The English were quite happy to borrow foreign words – often mangling them in the process, but that’s OK. Why, English even borrowed from Indonesian/Malay. I list here the ones where I went “really? from Indonesian? how about that!”: cockatoo (from kakatua), gecko (actually from the Javanese tokek), orangutan (this one I knew), bamboo (from bambu), paddy (from padi), rattan (from rotan), sago (from sagu), sarong (from sarung), gong (from gong), junk (from jong), Mata Hari (from matahari = sun), amok, as in “running amok”, from amuk, and finally, last but definitely not least, ketchup (from kecap, which is actually a soy sauce, not a tomato sauce; somewhere along the line tomato must have been added to, and eventually substituted for, the soy).

On the other hand, I am quite irritated by the French, holders of my maternal language, and their silly desire to stop the language being contaminated by foreign words. These old fogies, members of the prestigious (or elitist?) Académie Française (and among whom I recognize an ex-French President whose electoral defenestration I was proud to be present at) 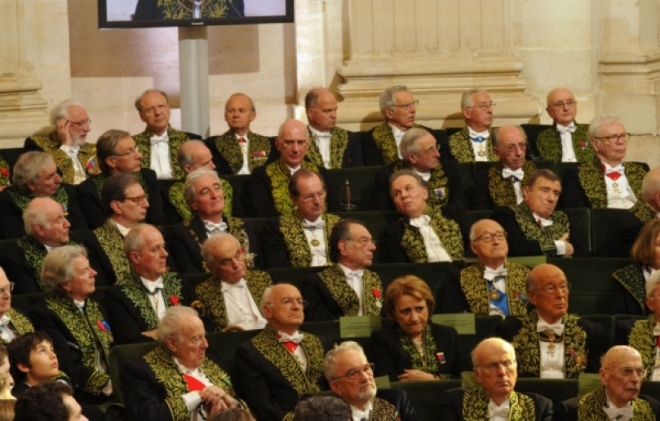 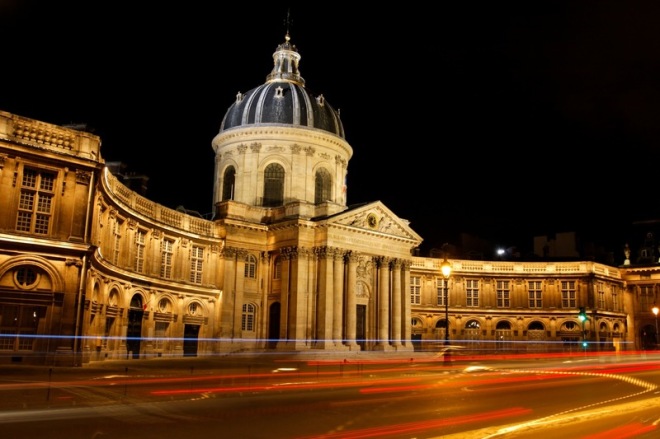 and pronounce linguistic fatwa (an Arabic word which I rather like to use) against English (and presumably other foreign) words which have crept into the French language.  If they feel it necessary, they will coin a new French word as a substitute. Thus, they came up with “courriel” to replace “email”. Ridiculous! Let the people decide the words they want to use! Chuck the old fogies into the Seine! (the origin, by the way, of the word fogy is unknown; its first known use is in 1780 … just thought my readers might want to know).