My older brother, whom I mentioned in my previous posting, sent me an email yesterday asking me if I would join the lengthening list of foreigners who, according to the Financial Times, are leaving Beijing because of the pollution but also more recently because of the sharp increase in the levels of bellicosity emanating from North Korea. I should explain that I have the dubious privilege of also covering North Korea for my organization and in this guise I have visited the country a few times. My personal view, for what it’s worth, is that all the shouting and bawling by the North Korean leadership has more to do with solidifying support for a young, callow leader than with an actual desire for war. So it is with a certain complacency that I watch footage on the world’s TV programmes of Kim Jong Un showing off his military skills in front of admiring generals.

On the other hand, I am particularly taken by TV footage showing North Korean soldiers marching around Pyongyang’s central square; I am a great admirer of their drilling skills. When I was a boy at school we had to play at soldiers once a week (on Monday afternoons to be precise), and part of the play was learning to drill. So I have a keen appreciation, born from many miserable hours marching about the school parking lot, of how complicated it is to get a bunch of men – and women – to walk in step, goose-step at that, stiff as robots, and have them wheel and turn in precise unison around a square. 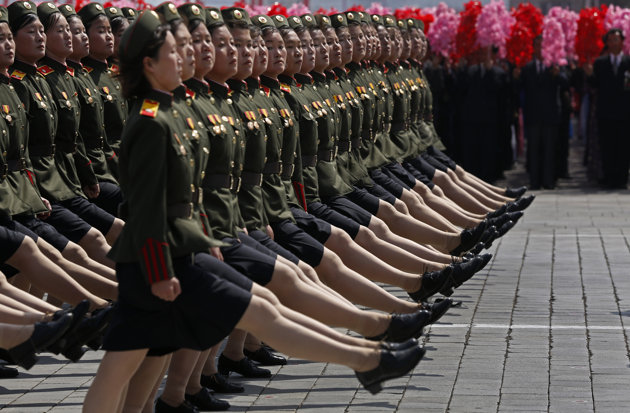 All this marching around makes me think of one thing which particularly struck me and my wife during my first visit, and her only visit, to Pyongyang: the traffic police. At the time of that first visit, Pyongyang didn’t have any traffic lights and what little traffic there was at road crossings was regulated by women police officers (they were all women). And let me tell you, these ladies were no slouches! They were most military in style. It started when they took up their shift, which saw them marching briskly to their spot in the middle of the crossroads. 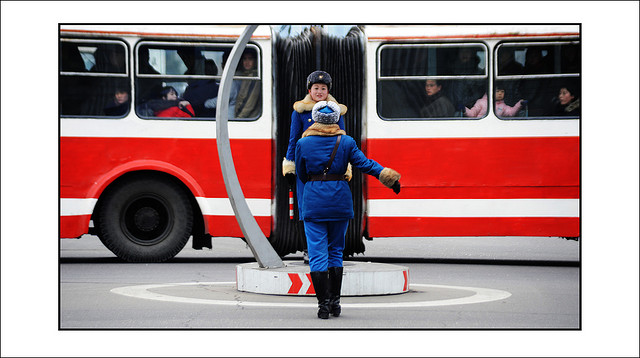 Once in place, they regulated traffic with a baton, very visible arm signals, and a stern face. My wife and I watched them for a while and we came to the conclusion that this was the code:

“Change in flow patterns about to take place!”

“Traffic from my right [or left] can turn left [or right]!” 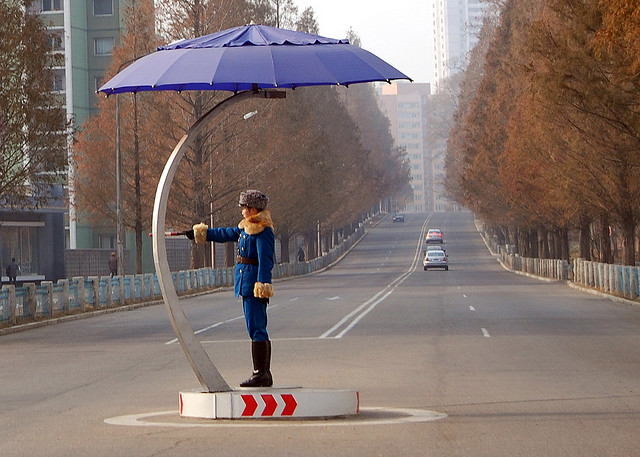 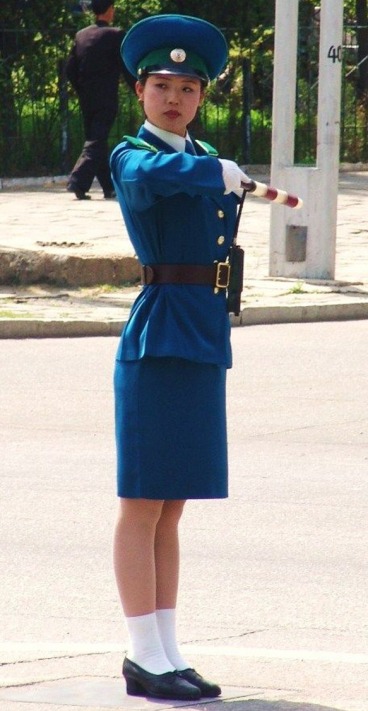 After warning of a change, the policewoman would wheel smartly on her heel to face in the right direction.

It was a fascinating militaristic ballet to watch.

There is also a fashion element in all of this. The first three photos show the ladies in their winter uniform, the last in their summer uniform. Personally, I prefer the winter uniform.

We are not the only ones to have found the traffic policewomen fascinating. There is a whole website dedicated to them! I admire all the photos that were taken. We were told not to take photos, and I meekly complied. But others clearly ignored the interdict. As you can see, the policewomen were Not Amused by these law-breakers.

Before boring traffic lights were introduced, I suspect all countries had these traffic police. Italy certainly did. My wife remembers them well from her youth, and I have found a few old photographs of them on the web. 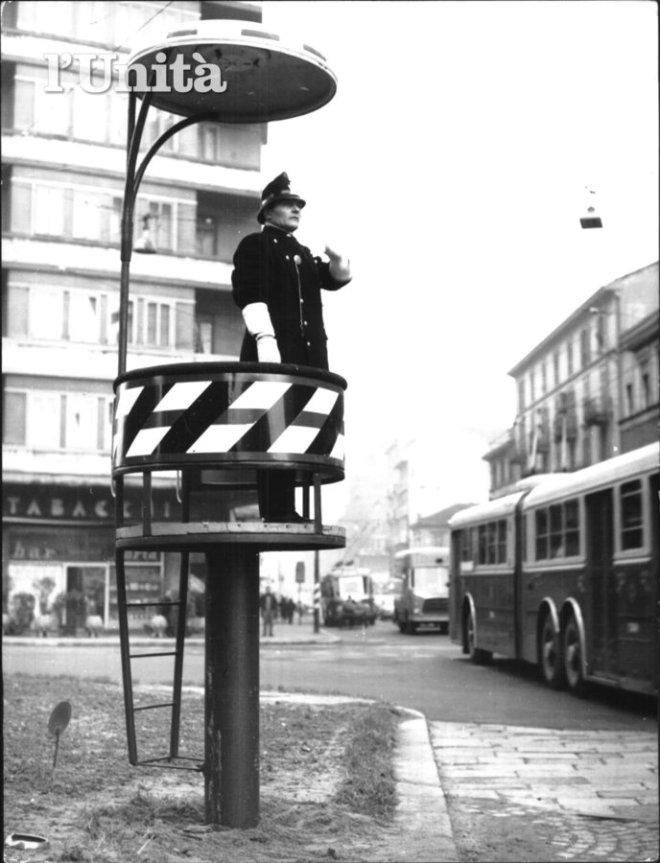 From the makes of the cars, we reckon the photos were taken in the late ‘50s, early ‘60s. I’ve seen the Italian police in action a few times when traffic lights have gone on the blink (or perhaps I should say off the blink). I must say, they were very theatrical: step 1, gaze intensely at the oncoming cars; step 2, raise the hand slowly and very obviously; step 3, snap it into place and accompany it with a short, shrill blow on the whistle.

I am reminded of a story my elder brother told me many years ago – the same brother with whom I started this post. In the late ‘60s, he was staying in Rome for a few months, in the Trastevere district. He recounted that there was a policeman who was particularly well known by the district’s locals for his elegant style in directing traffic. When it was time for his shift, an admiring crowd would gather to watch him in action, and at the end of his shift they would clap – at least, so claimed my brother; but this last part I doubt.

Sadly, I saw during my last visit to Pyongyang that traffic lights have arrived there. As for the traffic police ladies, they were left to slouch about in a most unmilitary fashion at their road crossings, playing no obvious role that I could see. Sic transit gloria mundi.