My wife and I landed back in Italy a few days ago. And now, lying on the sofa tired and jet lagged, I’m sifting through the multiple, kaleidoscope impressions of LA careening around my brain after our month’s stay there. Picking out from my photos as well as that of my wife’s, and, where for some unexplained reason there is a gap, complementing them with photos off the web, here is our photo album of our holiday in LA. To be viewed together with my last three posts. Enjoy!

I start at Venice Beach, where our daughter and her boyfriend live.

Twenty years ago, we visited the beach so that our son, at that point in his life passionate about in-line skating, could show off his tricks to the other cool dudes who he had read in his magazine congregated there. That had to be our starting point on Day 1.

It’s got much cooler since we were last here. The skatepark looks incredibly futuristic to my untutored eyes.

An amusing message from a citizen of Venice Beach.

I wrote about public murals in an earlier post. Many of these are in Venice Beach. Not surprising, I suppose, since it’s meant to be a very artsy community. Talking of artsy community, here’s the yellow brick road in the Mosaic Tile House.

This is an otherwise normal house in Venice which an artist couple have been covering inside and out with broken tiles and pottery for the last twenty years.

The Venice High School and an ex-police station nearby.

You find this kind of architecture – 1930s? – dotted all over the city. For some reason, they remind me of Superman and his Gotham City. Something to do with the artwork in the early comics? They also remind me of Shanghai, where a lot of the posher pre-WWII buildings have this style.

At the Museum of Contemporary Art (MOCA), up on Bunker Hill.

R.S.V.P., by Senga Nengudi. It’s made of panty-hose weighted down by sand. Still striking.

Better Homes, Better Gardens, by the African-American artist Kerry James Marshall. The museum is holding a major retrospective of his work. It’s fascinating to see these paintings populated by coal-black subjects. It challenges our traditional perspectives, where it is normally white people who inhabit paintings.

Across the road from MOCA, the Walt Disney Auditorium.

It’s rather similar to the Guggenheim Museum in Bilbao; not surprising, really, since the two are by the same architect, Frank Gehry.

A charming fountain in the small garden behind the Auditorium, made with shards of blue and white porcelain.

It reminds me of a sculpture I saw in Beijing a number of years ago.

The monthly flea market at the Rose Bowl.

The art of the deal …

A detail of a painting from the Getty Centre’s impressive collection of European art.

It always appeals to the puerile side of me to see saints – in this case St. Stephen – having the objects by which they were martyred – in this case stones – lodged in their heads. There is a Saint Peter, Saint Peter the Martyr, who died from having his skull smashed in by a sword. In paintings, you see him calmly going about his saintly business with a sword lodged in his head.

The view from the Getty Centre, over Los Angeles.

A beautiful view, although unfortunately you could also see the city’s infamous smog, a light brown mist licking up the base of the surrounding hills.

Some of the statues in the Getty Villa, part of its collection of Classical Greek and Roman art. 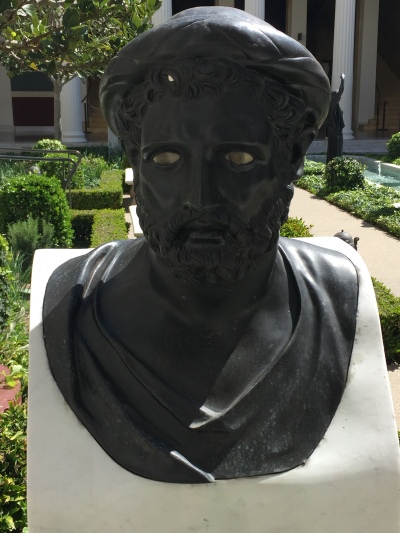 I am so used to seeing sightless Greek and Roman statues that I find these staring statues slightly unsettling. If I lived in a Roman villa surrounded by statues looking at me so intently, I think I’d get rather nervous.

One of the beautiful sunsets which greeted us in the desert near Joshua Tree National Park, about which I wrote in an earlier post.

Watching a team putting together the next NASA satellite to be sent to Mars at NASA’s/Caltech’s Jet Propulsion Laboratory.

At the Los Angeles County Museum of Art (LACMA), with its widely diversified collection:

Pieces from the museum’s excellent collection of Amerindian art. 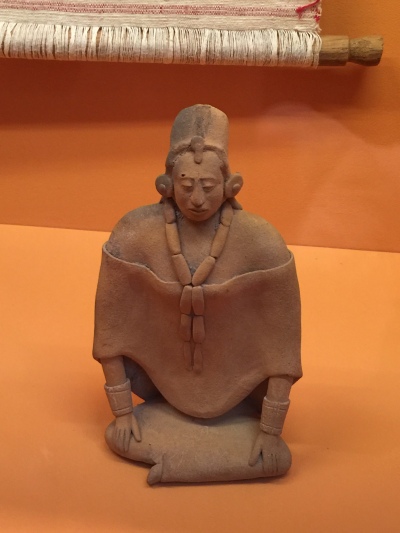 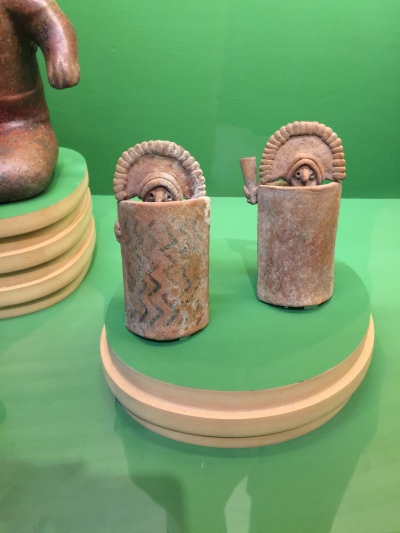 An example of the strange Casta paintings which were produced in Spain’s Latin American colonies.

The aim was to show the result of mixing three populations: the Spaniards, the Amerindians, and the Africans. They were based on incredibly racist concepts, with the whites always at the top of the pile, the blacks always at the bottom, and the natives somewhere in between. The degree of mixing placed you somewhere on this spectrum.

From the museum’s collection of American art:
Moonlight on the Water, by Winslow Homer

A wonderful painting from the museum’s collection of German Expressionist art:

The Orator, by Magnus Zeller. It captures so well the angst in post-WWI Germany. I think it helps to understand why Hitler succeeded.

A masterful Georges de La Tour, The Magdalen with the Smoking Flame, from the museum’s collection of European art. 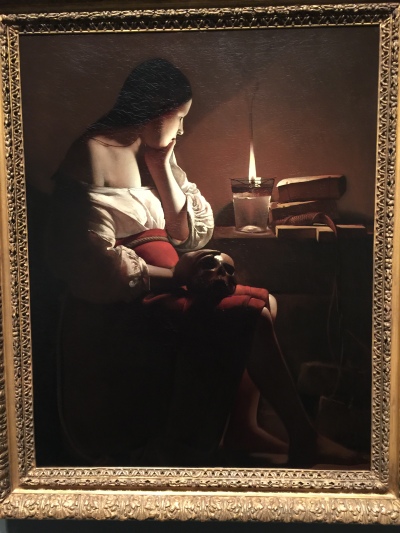 A 17th Century plate from the museum’s collection of Japanese art. The turnip has finally been ennobled.

West meets East. A painting by Roy Lichtenstein, Landscape with Poet, echoing that most classic of Chinese paintings, the scholar contemplating nature. 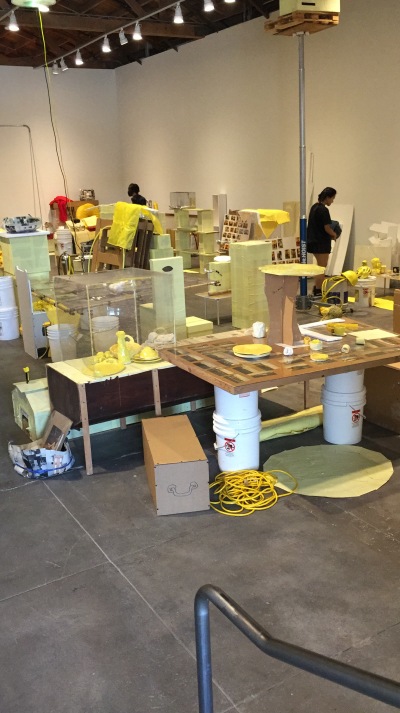 Whatever … I much preferred the rose in the courtyard. 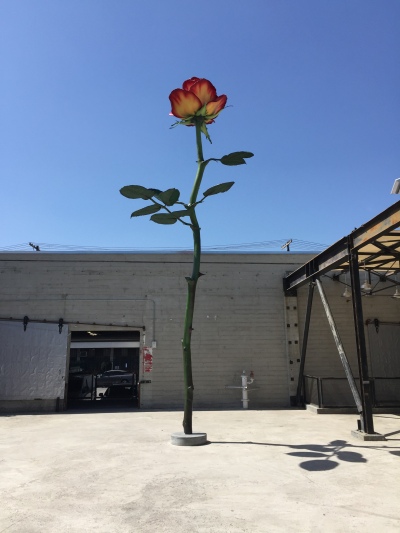 It is hard not to see in this exhibition warnings about current feelings about Muslims in certain quarters of America.

I’ve already written about the wildflowers at Joshua Tree National Park and the Antelope Valley California Poppy Reserve. These are some of the wildflowers we came across during a walk we took one weekend with our daughter and boyfriend on Catalina Island. 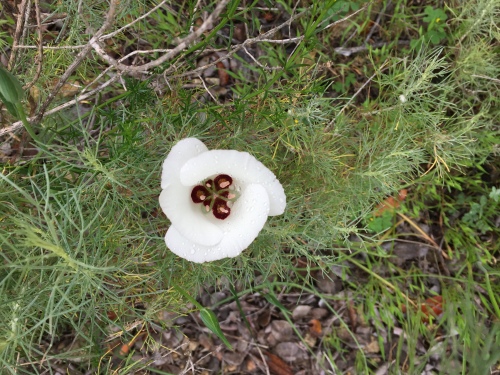 The marvelous organ in the Walt Disney concert hall, seen here during a concert we attended. 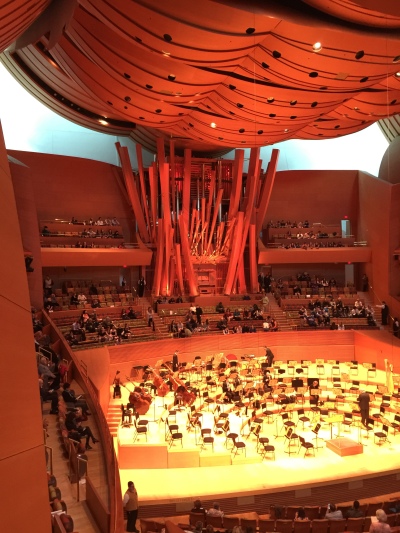 We were lucky enough to hear it being played a week later.

We were ushered into a dark room with mirrors on all the walls and a very shallow pool of water on the floor. Small LED lights hung down from the ceiling, their light being reflected over and over in the mirrors. One had a sense of floating among the stars. Very tranquil. A pity we could only stay in a minute.

The rest of the museum is dedicated to contemporary art. I’m not a Basquiat fan, but this painting, Eyes and Eggs, stood out positively for me

while this Jeff Koons stood out negatively – I find his stuff so damned shallow. 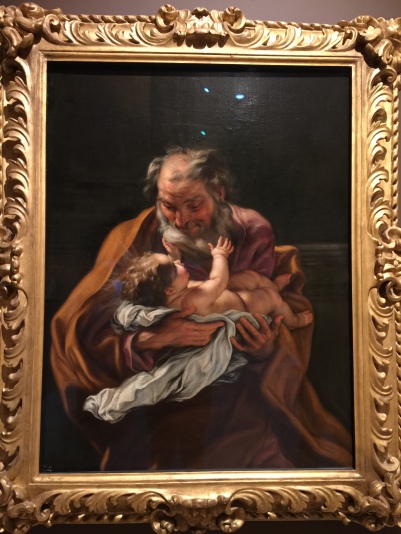 It shows St. Joseph as a doting father cheerfully playing with the child Jesus. In most paintings, St. Joseph usually stands around solemnly in the background, like a piece of furniture.

West meets East again. This is a statue of a bodhisattva in the museum’s collection of Asian art.

It is a wonderful example of art from Gandhara. The region is home today to the Swat valley, a hotbed of Islamic radicalism, but it was for a couple of centuries (180 BC-10 AD) a Hellenistic kingdom, a carryover from Alexander the Great’s conquests in this part of the world. Greek sculptural concepts were superimposed on the local Buddhist faith.

Transfer of California from Mexico to the US, the area’s popularity with the American plutocrats looking for winter homes to escape the cold of the Mid-Western states, the growth of the movie industry, attracted here by the region’s almost continuous sunshine, the discovery of oil, the growth of LA’s port during WWII, its becoming a manufacturing hub after the war just when car ownership in the US skyrocketed … across the decades these have all deposited layer upon layer of new urban structures. But none of it has masked the essential Latin Americanness of LA – nearly 50% of Angelinos are Latino.

Part of the army of homeless people in LA. 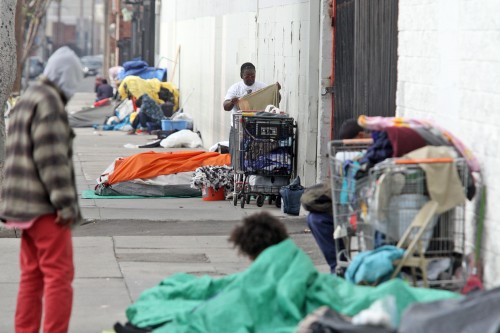 They are very visible there, no doubt because the weather is so clement, but a problem in all developed countries. How can our societies, so rich, accept this shameful situation?

The Long Leg, by Edward Hopper

A sample of the impressive collection of American art at the Huntington Library, Art Collections, and Botanical Gardens. It also has an extensive collection of British art, of which this Blue Boy, by Thomas Gainsborough, is one. 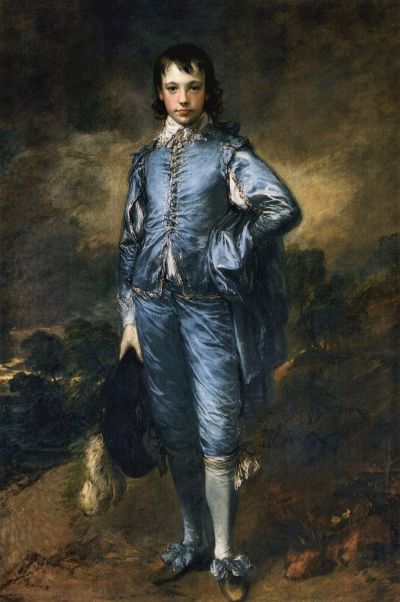 As I confessed to my wife, the only paint-by-numbers picture I ever tried as a boy.

The Huntington also has lovely, and very extensive, gardens.

The Dream Machine, masking the essential tackiness of it all.

An exhibition of the artist Jimmie Durham at the Hammer Museum. 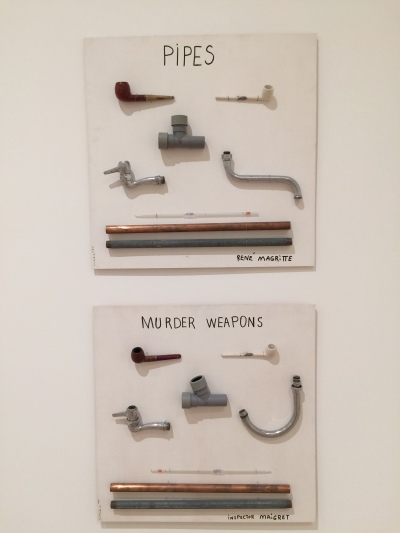 A very amusing artist, although you have to wonder if he isn’t taking his viewers for a ride and laughing all the way to the bank.

Seen after visiting the Watts Towers, subject of an earlier post.

It’s the first time I’ve seen the depiction of a real heart in this time-worn phrase, so popular to T-shirt manufacturers.

Art livening up the otherwise dreary underbelly of a highway overpass, seen at a subway transfer station after leaving Watts.

Hollyhock House, the first Frank Lloyd Wright house I have ever visited. 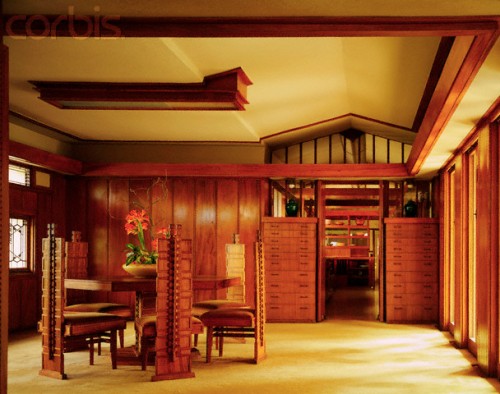 A delightful take on the aristocratic habit of painting palace ceilings with frescoes showing angels, saints, or gods cavorting in the clouds. 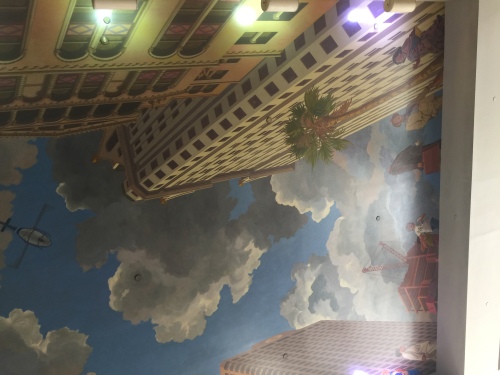 Seen at the exit of a subway station, coming up the escalator.

Contemporary art at the Geffen Centre of MOCA. 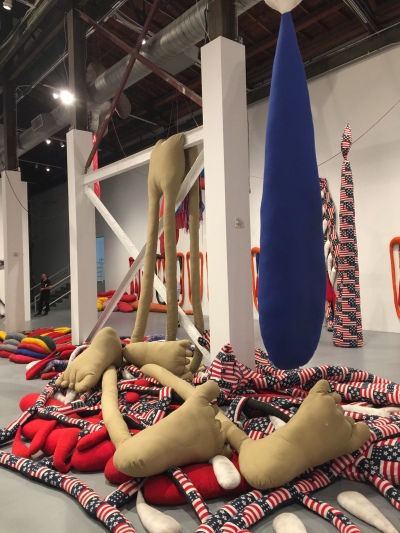 Whatever … As long as I don’t have to pay for this stuff.

An amusing sign inviting people to come and taste the luncheon delights of a local restaurant.

Resonates particularly strongly with my wife and I, wrestling as we are with the need for weight loss through diet and exercise. We came across it at lunch time as hunger gnawed at our insides.

And with that, it’s a wrap on our stay in LA!