I first came into contact with the Mekong some ten years ago, in Phnom Penh, Cambodia. I remember looking in awe at this hugely wide river and planning some day to take a boat down it to Vietnam; a plan still waiting to be executed. In the meantime, our lives have crossed the Mekong many times. Several years ago, my wife and I had a close brush with it when we cruised on Tonle Sap Lake while we were visiting Angkor Wat. This lake has a strange relationship with the Mekong: during the dry season it drains into the Mekong, but during the rainy season the Mekong’s current is so strong that the flow reverses and it is the river that runs into the lake.  Two years ago, in September, we came across the Mekong again, red-brown and very silty, at Xishuangbanna in the far south of Yunnan province, down by the border with Myanmar, Thailand and Laos. While we were there, a story broke of the captain and crew of a Chinese ship plying the Mekong being executed by shooting one night under mysterious circumstances; a story of drug running, it turned out, in that wild part of the world. And now we were in Laos, a country traversed by the Mekong and much of whose borders are defined by the river. While we were in Vientiane a few days ago, we walked along its bank and looked over to Thailand on the other shore.  And we have spent the last two days in Luang Prabang, the country’s ancient royal capital, which lies at the confluence of the Nam Khan River and the Mekong. As we have criss-crossed the narrow tongue of land between the two rivers on which the old town was founded, we have found ourselves gazing down on the Mekong many times.  We have watched the ferry crossing it: 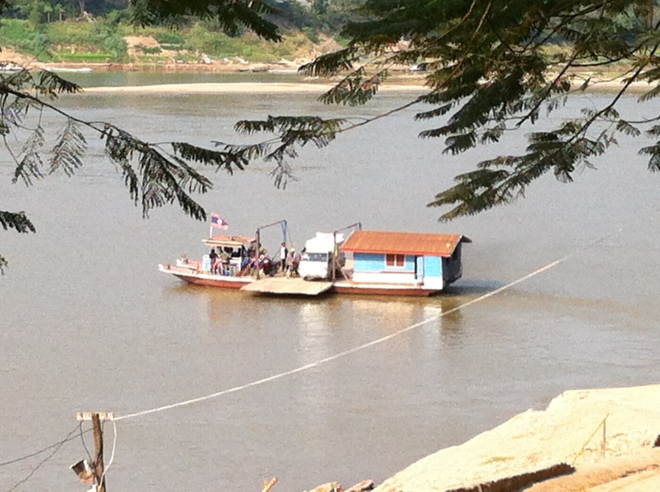 We have watched ships taking tourists up and down the river:

We have crossed a spindly bamboo bridge spanning the Nam Khan: 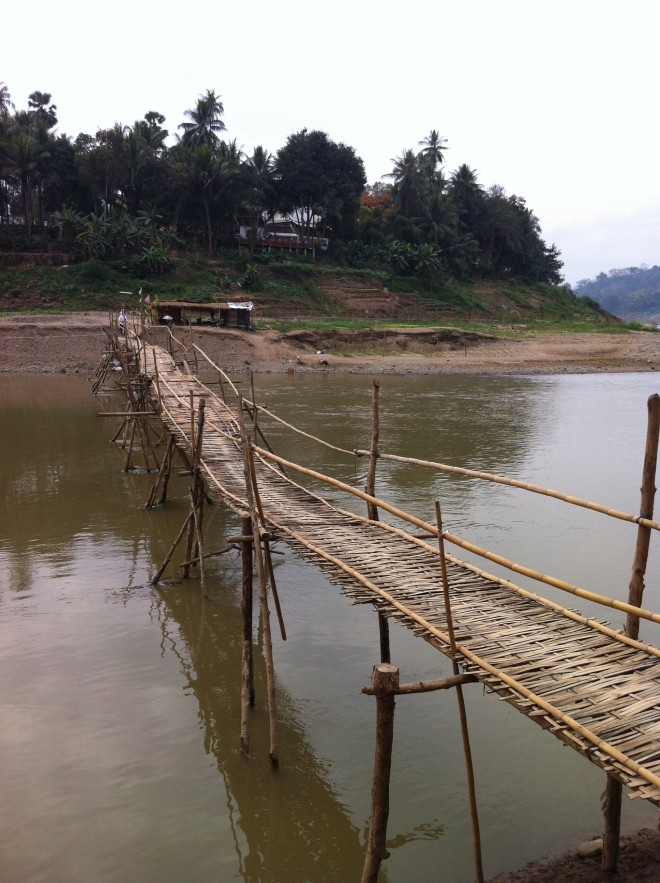 to gaze down on the confluence of the two rivers: 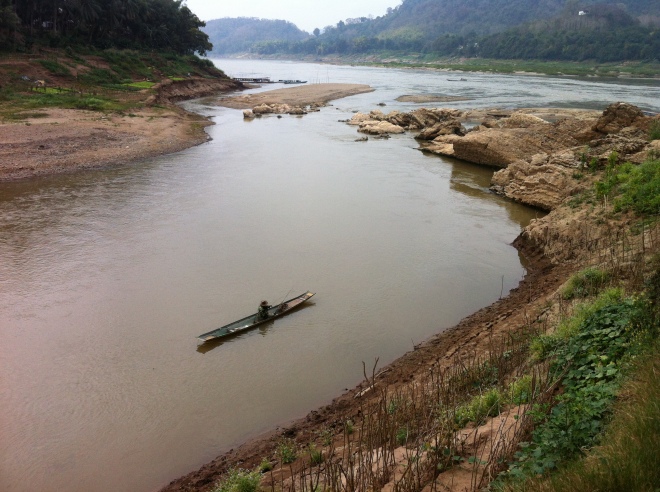 And now, on our last evening, we have been sitting on steps leading down to the river and have been watching the sun set behind the hills on the far shore. 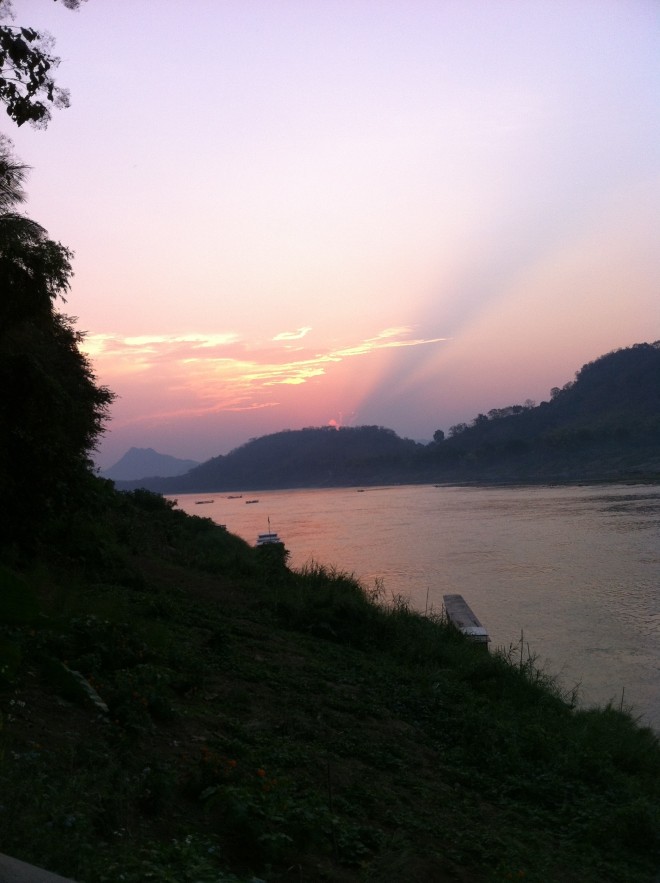 And with that last flash of light there has floated into my mind some lines from a hymn we used to sing at school when I was young, sung to a serenely tranquil tune:

Lord of all gentleness, Lord of all calm,
Whose voice is contentment, whose presence is balm,
Be there at our sleeping, and give us, we pray,
Your peace in our hearts, Lord, at the end of the day.