The Chinese have a a strange relationship with rocks. Go to any self-respecting Chinese garden and somewhere in the twists and turns of its paths you will come nose to nose with a fantastically twisted rock standing there waiting to be admired. 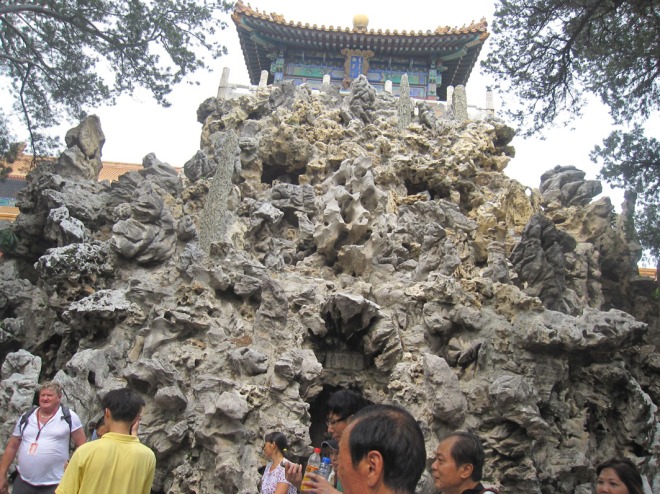 while a number of the famous gardens in Suzhou have examples more to the human scale. 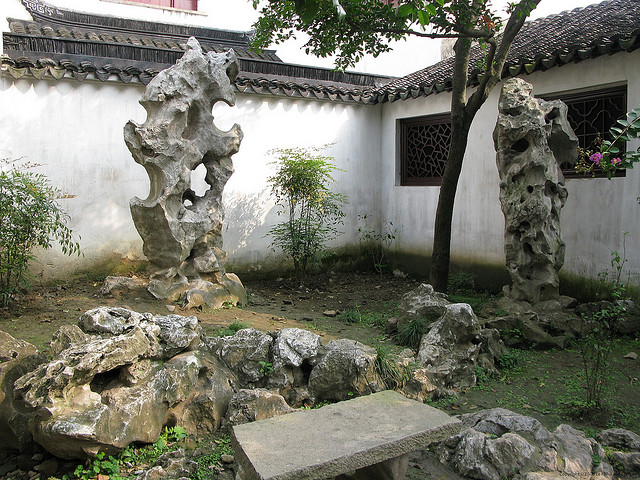 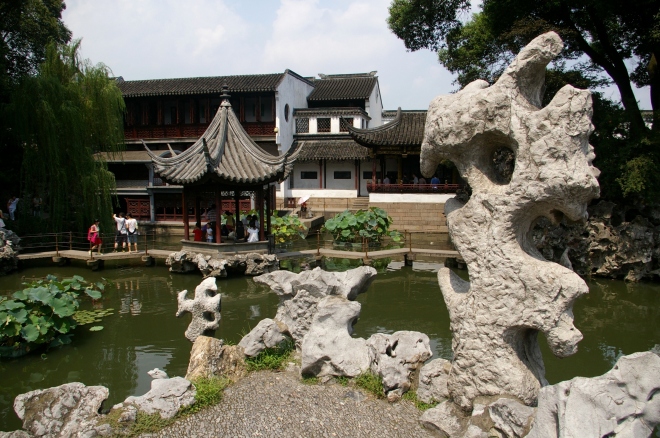 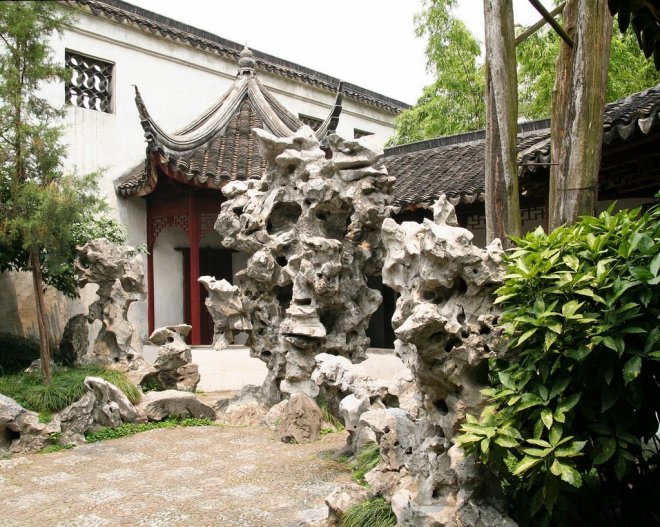 Admire them they do, the Chinese. When they catch sight of one of these rock sculptures, they will normally break into oohs and aahs, and end up – inevitably, in today’s culture in China – taking a group photo in front of said rock.

The fascination with these rock sculptures extends to internal spaces. It is very common to come across smaller (and sometimes not so smaller) versions in Ministries and other public buildings. Even in the intimate space of the scholar’s study, it was almost de rigeur for the scholar to have a small rock sculpture such as this one 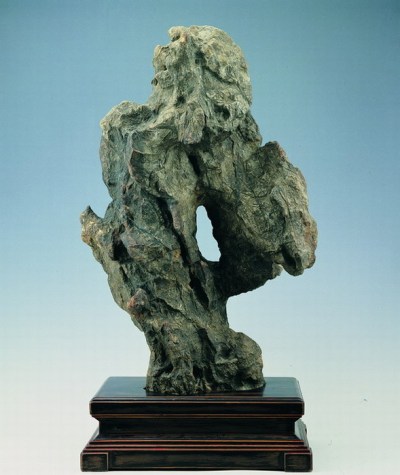 sitting on his desk, among the brushes, ink stand, rice paper, and the rest of his scholarly paraphernalia.

This is not a dead art form. Chinese sculptors are continuing to create these rock sculptures, as this photo from an outdoor exhibition in Chicago attests (in this case, though, while the design principles remain the same, rock no longer seems to be the medium) 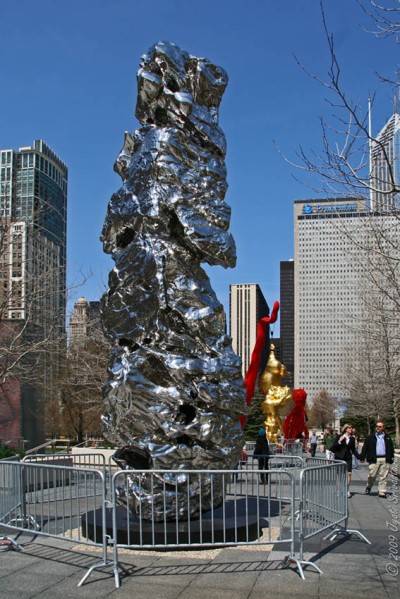 I have to assume that Chinese garden designers, like their English counterparts, were bringing the natural landscapes around them, suitably tamed, into their gardens. In the case of the rocks, the landscapes in question must surely be the karst landscapes which are common in many parts of China. This is one such landscape in Yunnan, known as the Stone Forest and famous enough to have been listed as a UNESCO World Heritage site. 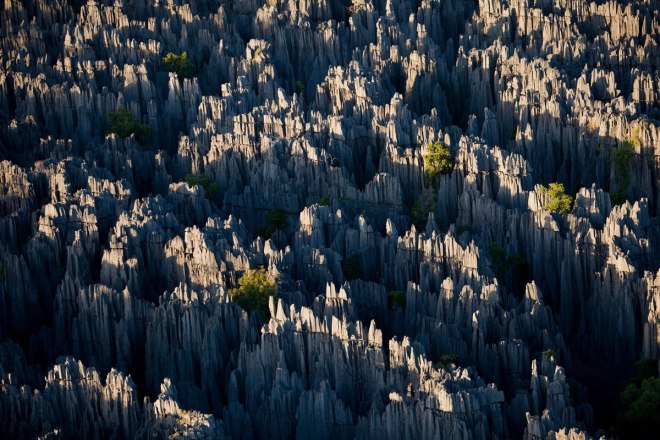 (on an aside, I should note that it was visited by Lisa, of whom I have written earlier, during a trip which she took to Yunnan some six months ago; predictably, her photos of the trip included a large number of her, or her traveling companion, or her tour group, standing among the rocks)

I have to say, I don’t like these rock sculptures. I find the sheer froth of all that twisted stone to be just too much.  Those whorls, those curlicues, those knobs, those piercings, the sheer grotesqueness of it all … Ugh!

This fascination with large rocks has taken on a modern twist. It has become a sign of class for any organization with pretensions of social or economic significance to have a large rock placed before its important buildings, with its name carved on it in classy Chinese characters. These rocks tend to eschew the flowery style, opting instead for a massive ponderousness which no doubt is meant to signal the solidity and power of the organization in question. 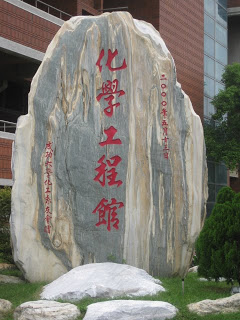 I don’t like these sculptures any better. They are just big and heavy with no redeeming features that I can see – the Chinese will sometimes get excited about the script, either because it adheres to the classical cannons of beauty for Chinese characters or because they are copies of some famous Chinese person’s script, but all that leaves me cold. 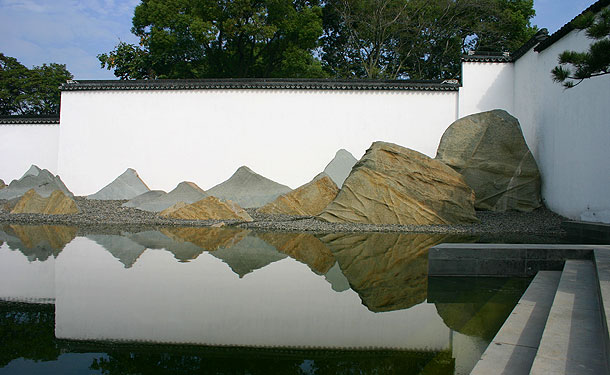 in the courtyard of a museum in Suzhou, which was designed by the architect I. M. Pei (he of the East Wing of the National Art Gallery in Washington D.C.). Here at last was a rock sculpture in China which I could relate to, spare, simple, clean of line, yet able to evoke beautifully its subject, a range of mountains in the distance.

It is that same spare style which made me fall in love so many years ago with Japanese rock gardens which my wife and I visited in Kyoto during a trip to Japan. Here are pictures of some of the more beautiful of these gardens. 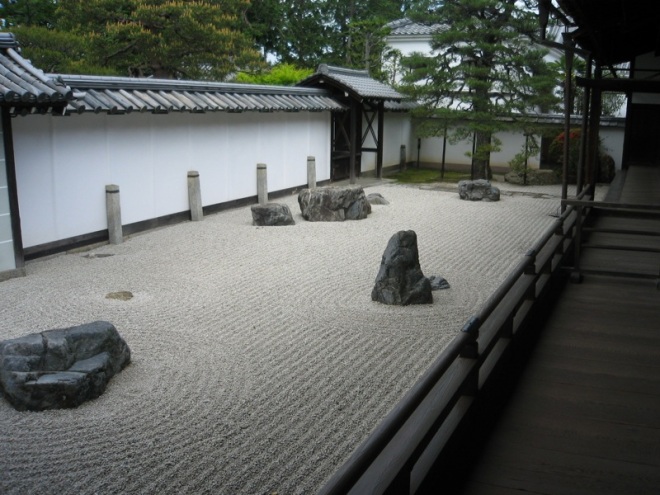 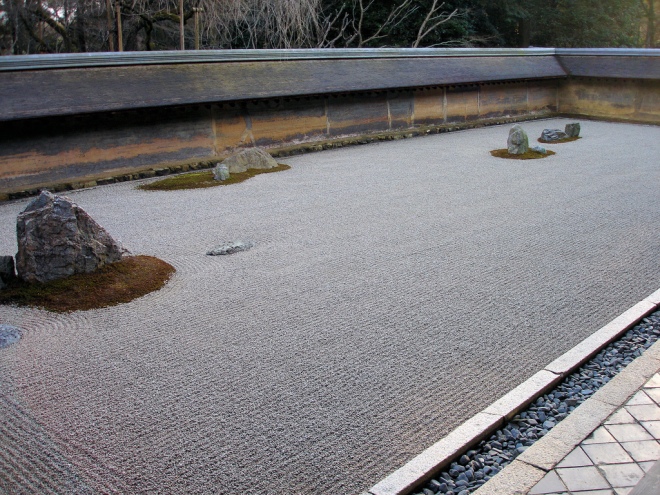 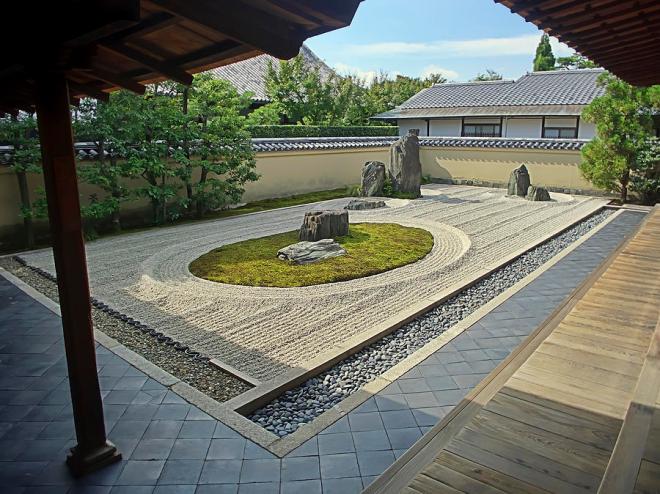 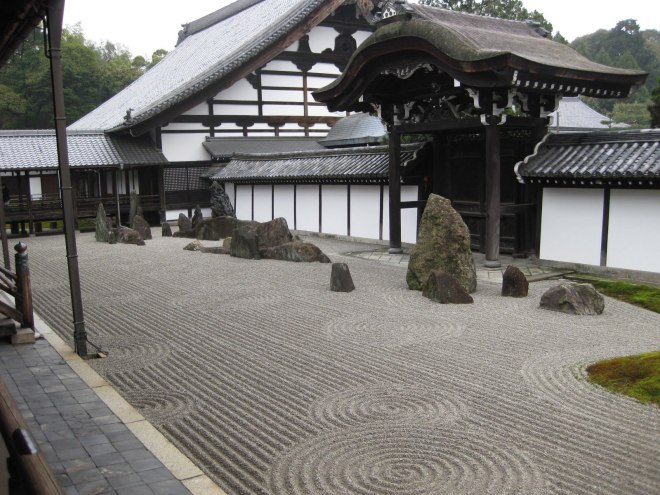 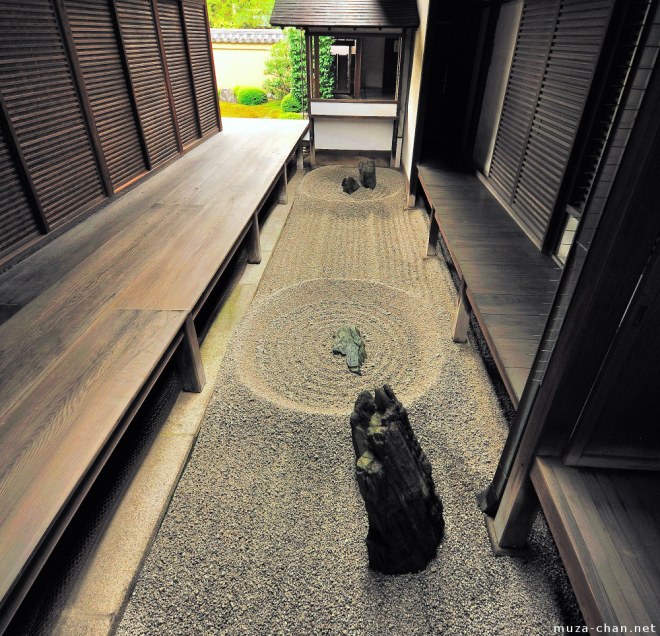 When I saw these gardens, I vowed that some day, somewhere, I would make my own rock garden. I had to wait 15 years before I got my chance, in Vienna, in a corner of the large balcony which wrapped itself around our apartment. I bought the small stones in a garden store, I found two largish stones in the woods around Vienna (I nearly bust a gut carrying them to the car and then up the stairs to the balcony), and I strategically placed two small plants (also bought in the garden store) behind these stones. I cut saw teeth into a plywood plank to make a rough rake, and then I lovingly raked the small stones around the large stones to create a vision of ripples around rocky islets. The result was really not bad, even if I say so myself.

But we left the apartment, and with death in my heart I had to abandon my rock garden. But some day, somewhere, I’ll make another one, to contemplate it in my old age with peace in my heart.