As we usually do when we go down to the sea from Milan, we went for a walk yesterday up into the hills which in this part of the coast fall precipitously into the sea. This time, we decided to follow in our son’s footsteps who, when he had been here a couple of weeks ago, had climbed the hill behind the apartment up to the Chapel of the Holy Cross perched at its top. The chapel itself is not much to write home about, it’s actually closed most of the time. But from the little piazza in front of it one has a magnificent view over the sea, from Genova to the right to the Monte di Portofino on the left.

Suitably prepared, we made for the path which runs behind our apartment and takes the walker up to the small village of Pieve Ligure. After a last backward look down to our village 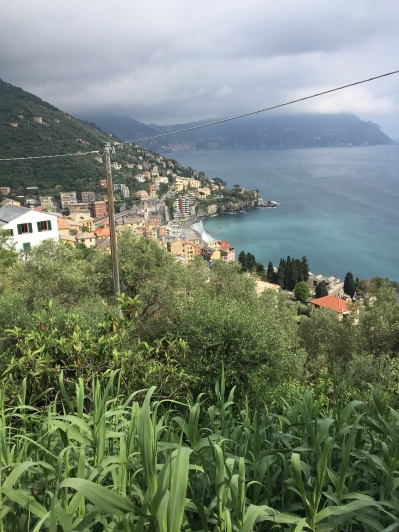 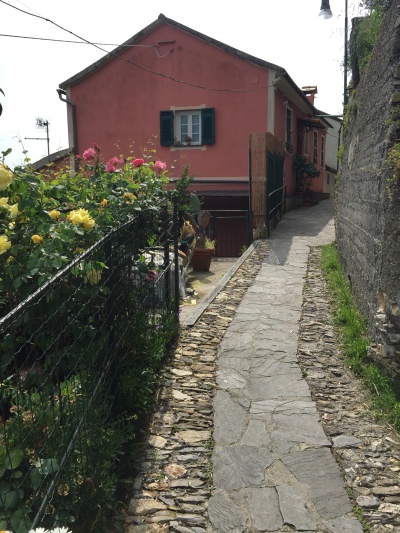 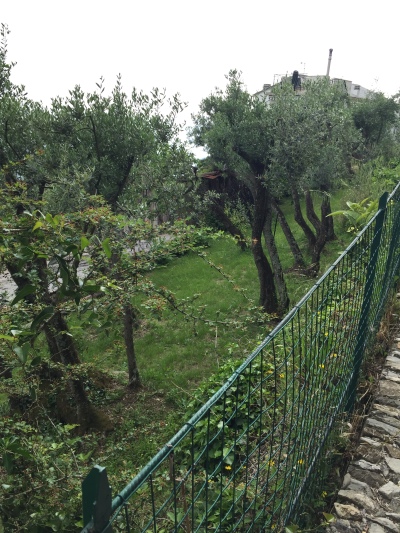 (and, sadly, abandoned olive groves as well, one of which was the subject of a previous post) 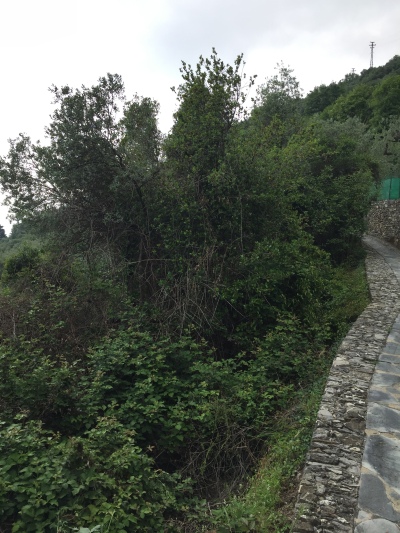 to arrive finally in Pieve Ligure, whose little church with its baroque façade is always a pleasure to contemplate. 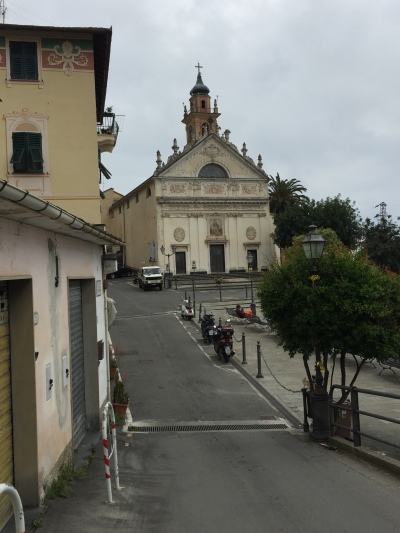 There, we had ourselves a well-earned cappuccino before heading on out of the village, past the butcher 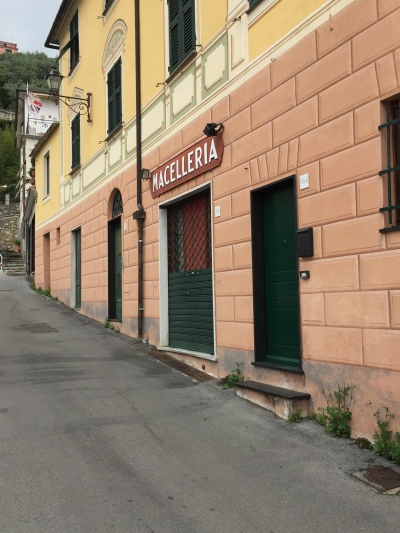 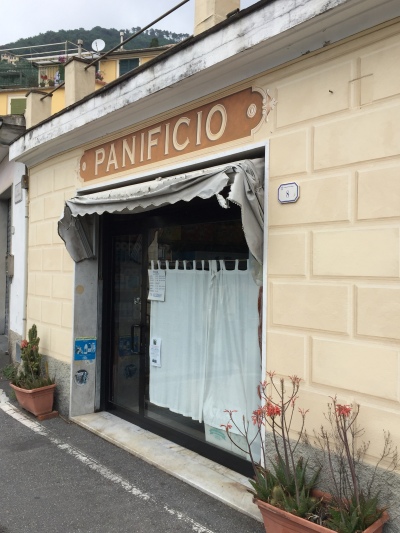 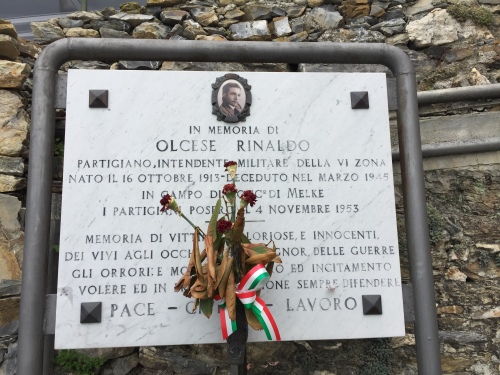 Up to now, the walk had been a stroll, with the path only rising gradually as it snaked along the side of the hill. But now it was time to head pretty much straight up the hill. Up we toiled, as the houses alongside slowly disappeared to give way to olive groves. Finally, we left even these behind. We entered woods and the path finally became a real path of the hills, rocky, muddy, difficult to navigate. 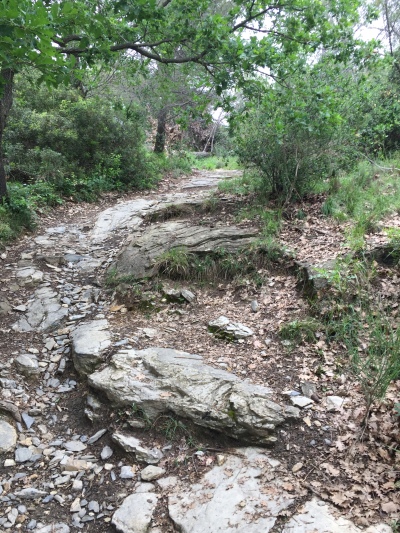 As I’ve noted in a previous post, once upon a time in Italy paths like this leading to tops of hills, especially if chapels crowned them, were turned into Vie Crucis, Ways of the Cross. Pious villagers, with their parish priest at their head, would have climbed the paths at certain opportune moments in the liturgical calendar, like during Lent before Easter, and stopped to offer prayers at each of the fourteen Stations of the Cross built along the path (they would normally have enjoyed a nice picnic once they had reached the top of the hill). In this case, the path had been dedicated to the five Sorrowful Mysteries of the Rosary, and five memorials had been duly erected along the path. This is one of them. 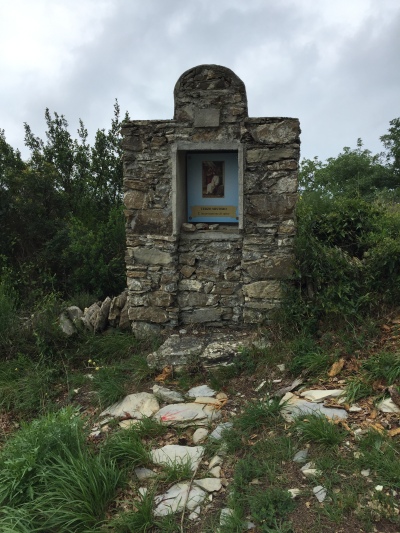 At each of these, the parish priest would have announced the mystery to be contemplated and then led his parishioners in reciting the “Our Father”, ten “Hail Marys” and the “Glory be to the Father”, before moving on to the next memorial.

In my previous post on this topic, I had been happy to insert photos of the scenes beautifying the stations, prepared in ceramic in a slightly naïve style. But the scenes tacked onto these five memorials were horrible: plasticized posters of sucrose paintings. I will therefore replace them with five paintings by various Italian painters:

The Agony of Jesus in the Garden, here painted by Giovanni Bellini 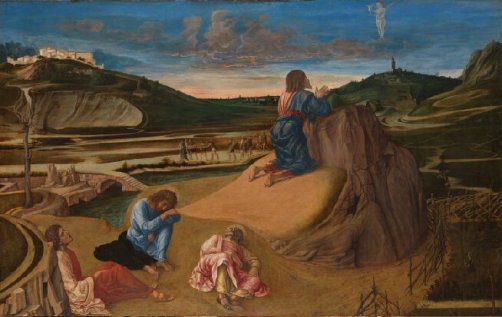 The Scourging of Jesus, painted by Caravaggio 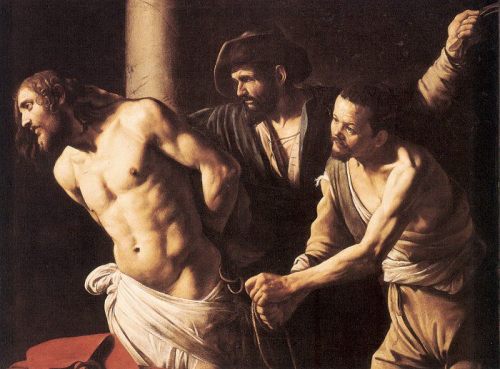 Jesus is Crowned with Thorns, painted by Orazio Gentileschi 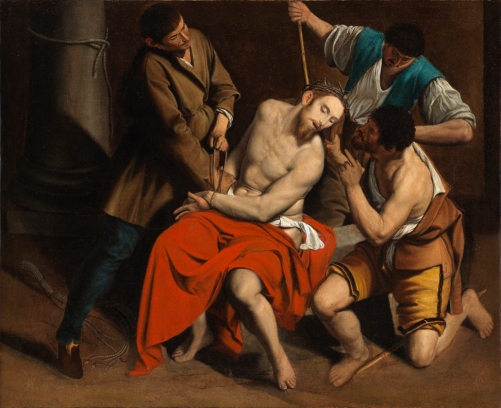 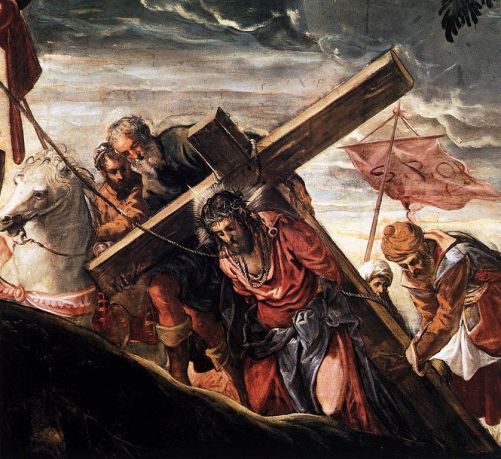 Jesus Dies on the Cross, painted by Andrea Mantegna. 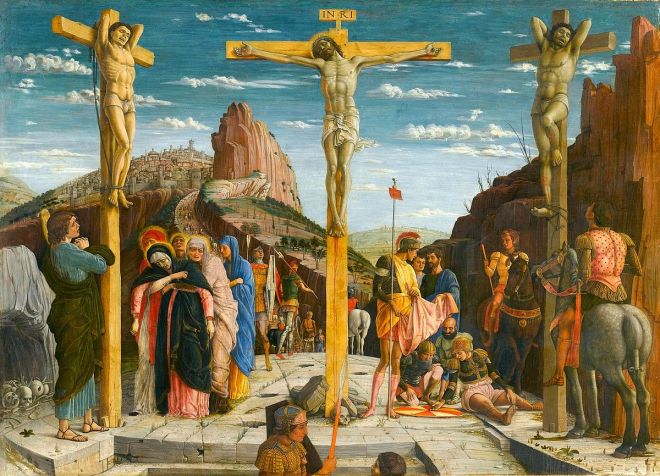 On we toiled up the hill 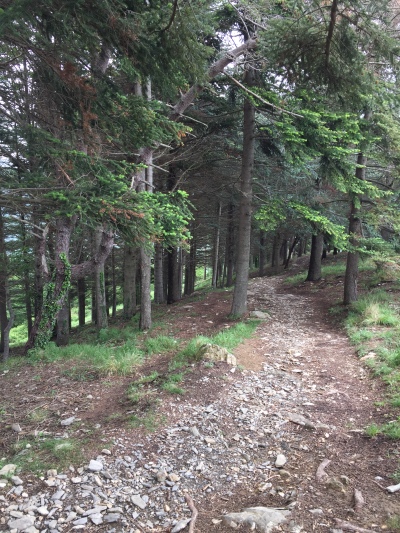 taking in the views across the valley 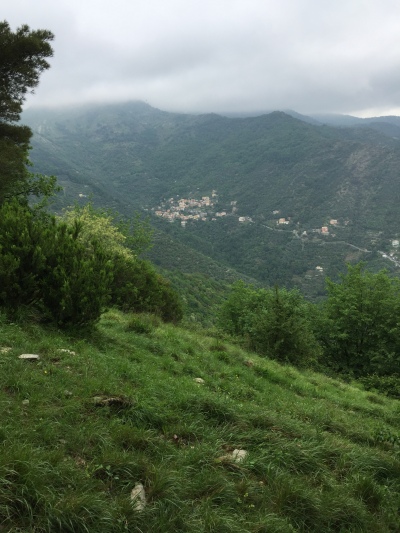 until we finally reached Santa Croce, the Chapel of the Holy Cross. 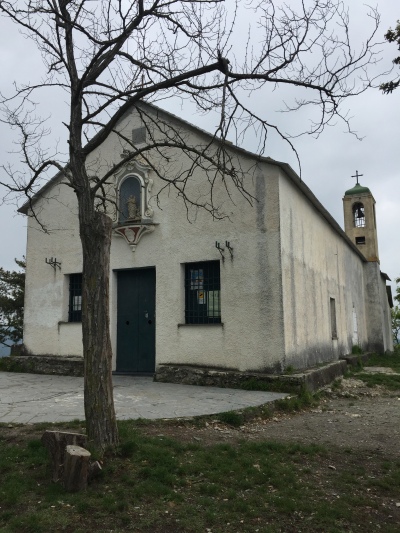 Having enjoyed the view 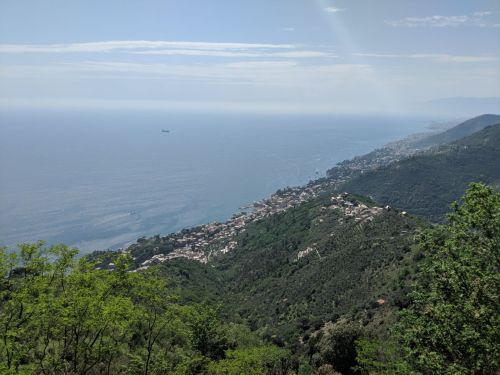 we settled down to a picnic. After which, we headed down the path on the other side of the hill 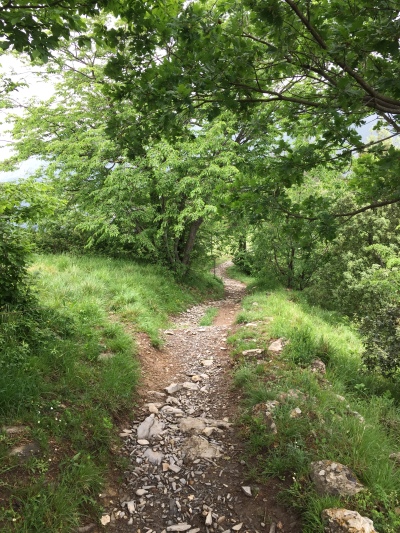 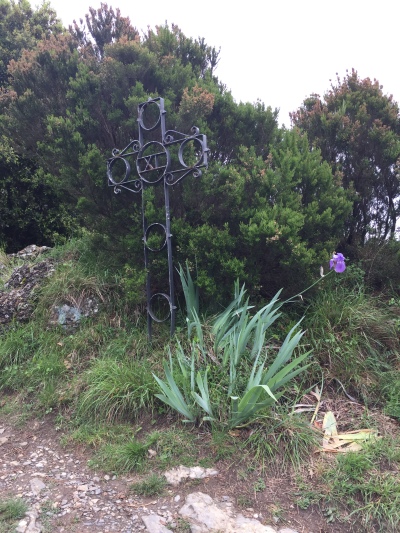 until we reached the even smaller village of San Bernardo, where we had a well-earned café macchiato.

Photos: mine (and one our son), except for:

Agony in the Garden, by Giovanni Bellini: https://www.nationalgallery.org.uk/paintings/giovanni-bellini-the-agony-in-the-garden
Scourging of Jesus, by Caravaggio: http://www.patheos.com/blogs/badcatholic/2012/04/the-scourging-at-the-pillar.html
Crowning with Thorns, by Orazio Gentileschi: http://www.artfixdaily.com/artwire/release/6811-with-new-partners-and-expanded-purview-master-drawings-new-york-r
Jesus carries the Cross, by Tintoretto: https://www.awesomestories.com/asset/view/Trial-of-Jesus-Carrying-the-Cross
Jesus dies on the Cross, by Andrea Mantegna: https://en.wikipedia.org/wiki/Crucifixion_(Mantegna)