If your mother tongue happens to be a European language, one of the things which always happens when you learn another European language is that you begin to see words very similar to those in your mother tongue used to describe the same object: “well how about that, the German word for cow is kuh” or “whaddaya know, the French word for quay is quai”. In some cases, like for the word quay, the similarity is caused by straight borrowing: “the French call this new thing they build these days a quai, so let’s call it the same”. But in other cases, experts believe the similarities point to deeper connections between European languages, as in the case of cow and kuh. And these connections span languages from Ireland in the west to northern India in the east, the family of so-called Indo-European languages.

A lot of basic words – words that our ancestors would have used thousands of years ago – have remained quite constant across different European languages. Look at “cat” in this table, for instance. 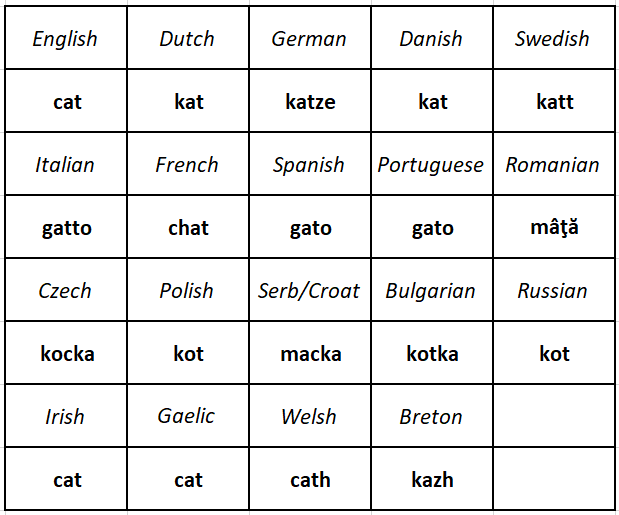 Pretty much every European language has got the same word. The two languages out of step here are Serbo-Croat and Romanian, which seem to have gone off together in another direction.

And how about that other friend of us human beings, the dog? (or hound, using the somewhat old-fashioned English name for it – Elvis Presley reminds us of their connection in his inimitable song “You ain’t nothin’ but a hound-dog”) 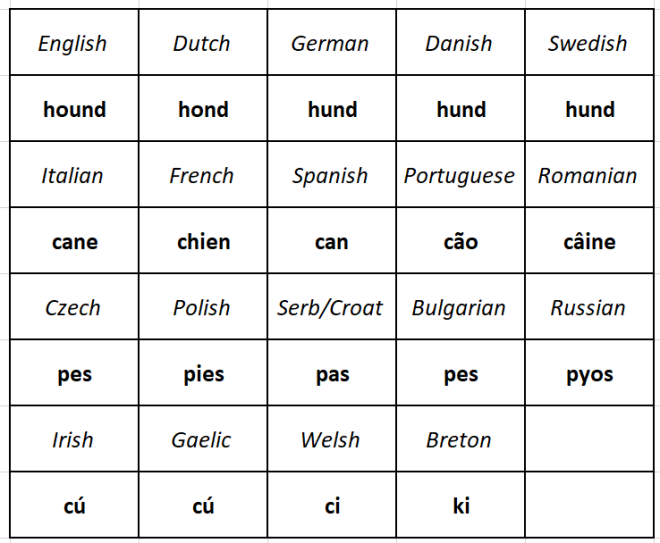 The same clustering holds for the word “cow” I mentioned at the beginning.

In this case, the Celtic languages seem the odd ones out, although I suspect their root is another term for cow, the one we have in the English word “bovine”. The Romance languages, which superficially also look different, probably connect with the others – I would say that somewhere along the line, someone added a “va” to the “ca” sound.

I could go on at great length, giving other examples, but I don’t want to bore my readers and, anyway, these examples are enough to discuss the real subject of this post: butterflies.

All my meditating on the similarities which one finds across European languages was set off when my wife and I walked by the Butterfly House in Vienna a week or so ago – beautiful place, by the way; an old greenhouse from Vienna’s Art Nouveau days 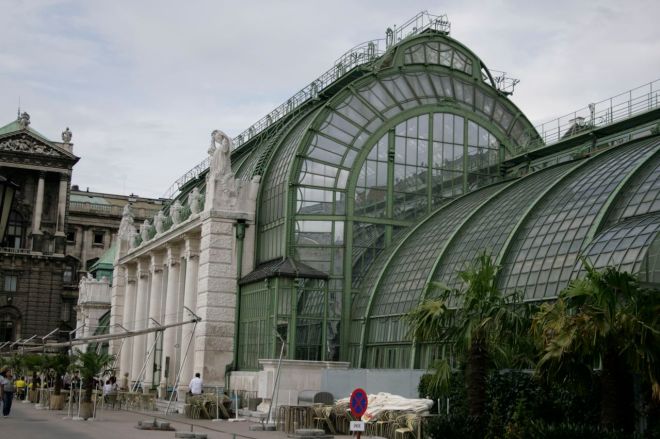 whose space has been transformed into a home for butterflies. 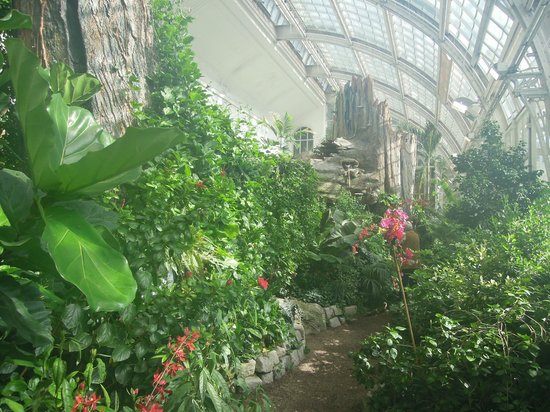 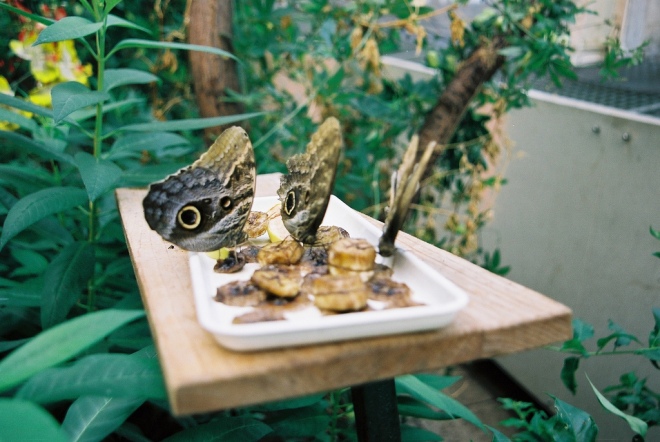 On the door, in large lettering, was written Schmetterling Haus, Butterfly House in German. Readers will immediately see the house-haus connection. But butterfly-schmetterling? And then I thought of the equivalent words in French and Italian: papillon and farfalla. No noticeable connection between any of the four. This table shows the larger picture, with other languages thrown in. 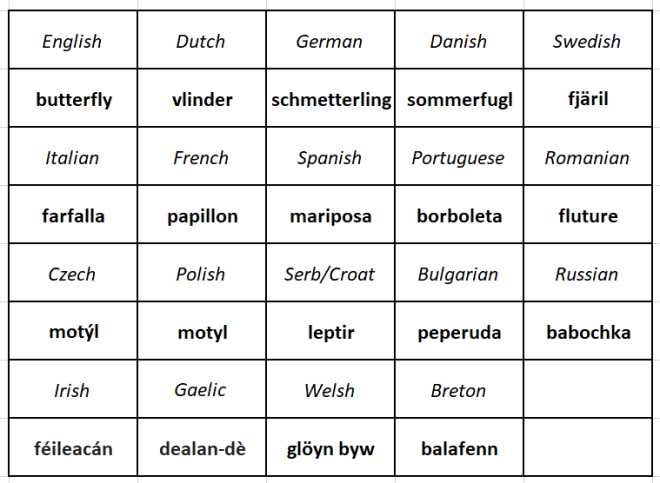 How was that possible, I wondered? It’s not as if we humans have just recently discovered butterflies. They fluttered around our ancestors living on the Pontic-Caspian steppes, where the experts believe the original Indo-European language was created some 5,000 years ago. Here is one such butterfly whose range covers that part of the world, the Parnassius apollo. 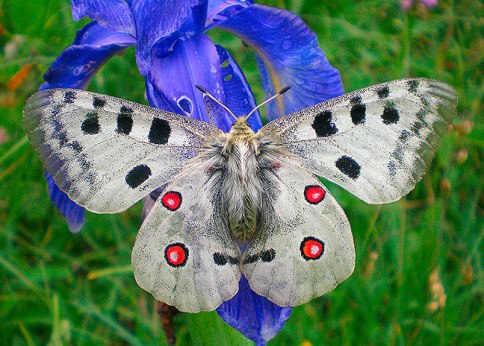 Surely they gave these creatures a name? 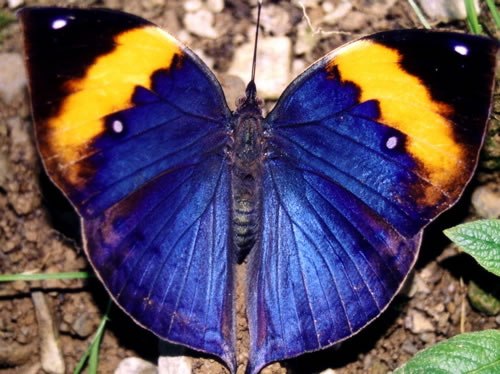 as was this Peacock when they arrived in in Ireland

and indeed in every place in between. Surely, when our Indo-European ancestors saw new butterflies, they didn’t say “Oh look, it’s those thingies again!”

Pondering about this, I have arrived at a theory. It is based on the assumption that in those far-off days (actually not so far-off for many of our ancestors) we humans were supremely utilitarian, viewing the world around us primarily in terms of what material value it brought to us. Under these conditions, my theory says that words stayed the same – they were conserved – if they were for things which we humans felt were really important, which added value to our lives. And the animals I’ve given above as examples did indeed add great value to our lives: cats, to fight off rodents which otherwise invaded our food stores; dogs, as useful adjuncts to the hunt and to corralling those pesky cows, and for our defence; cows, as givers of milk, as givers of meat, as signals of wealth.

In this optic, butterflies brought us nothing, so our ancestors did not feel it was important to conserve their name. And so their name just drifted. At some point, though (my increasingly fanciful theorizing continues), butterflies began to be appreciated aesthetically, for their beauty alone. So butterflies began to be given fancy names:
– butterfly: “from butter + fly; perhaps from the cream or yellow colour of common species, or from an old belief that the insects stole butter”
– schmetterling: “from schmetten (cream) due to an old belief that witches transformed themselves into butterflies to steal cream and other milk products”
–  mariposa: “the union of Maria and posate, perhaps from a children’s song”
– babochka: “seems to be a diminutive of baba ‘(old) woman,’ a doublet of babushka ‘grandmother’—a fact that seems to strengthen the alleged connection between witches and butterflies”
– glöyn byw: “literally ‘living coal’”
And on and on … I think readers get the picture.

At some point, the artists weighed in, especially the still life painters who liked to decorate their fruit and vegetable compositions with beautiful butterflies.

Van Gogh later put butterflies in their more natural habitat, as in this Long Grass with Butterflies:

The poets also weighed in. For instance, we have William Wordsworth’s poem To a Butterfly:

I’ve watched you now a full half-hour;
Self-poised upon that yellow flower
And, little Butterfly! indeed
I know not if you sleep or feed.
How motionless!–not frozen seas
More motionless! and then
What joy awaits you, when the breeze
Hath found you out among the trees,
And calls you forth again!

This plot of orchard-ground is ours;
My trees they are, my Sister’s flowers;
Here rest your wings when they are weary;
Here lodge as in a sanctuary!
Come often to us, fear no wrong;
Sit near us on the bough!
We’ll talk of sunshine and of song,
And summer days, when we were young;
Sweet childish days, that were as long
As twenty days are now.

Or Emily Dickinson’s From Cocoon forth a Butterfly, one of many poems she wrote about butterflies:

And notwithstanding Bee — that worked —
And Flower — that zealous blew —
This Audience of Idleness
Disdained them, from the Sky —

It is blue-butterfly day here in spring,
And with these sky-flakes down in flurry on flurry
There is more unmixed color on the wing
Than flowers will show for days unless they hurry.

But these are flowers that fly and all but sing:
And now from having ridden out desire
They lie closed over in the wind and cling
Where wheels have freshly sliced the April mire.

But of course our ancestors didn’t know everything. Beautiful they may be, but butterflies add value to our planet. A number of plants need butterflies for their pollination (a process we humans didn’t understand until the early 19th Century). They are prey to some insects and in turn are predators for other insects, helping to keep everything in its natural balance. So its name should never have drifted, we Europeans should always have had one common name.

I guess this is yet another example of how our half-knowledge of the world around us is leading us to destroy it. I write this as butterfly numbers continue to drop precipitously, with pesticide use, changes in land use, climate change, and who knows what else decimating them. Just as an example, take the monarch, a lovely butterfly native to North America. 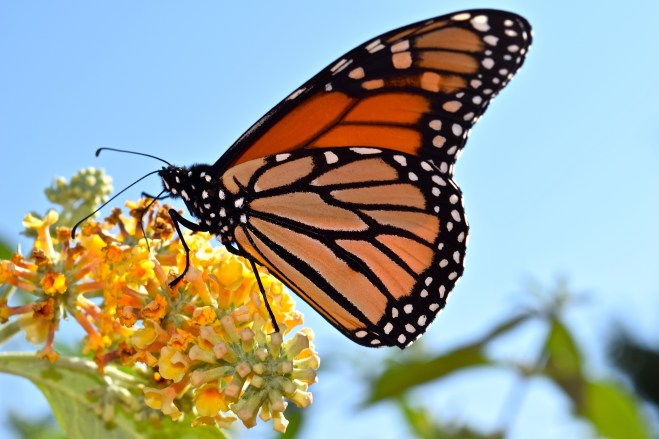 Its populations have plummeted by 90+% over just the last few years. It is facing extinction.

Will we ever learn, I wonder?