In an earlier post, in which I wrote about a short trip my wife and I made to Dubai, I mentioned that we had visited the Sheikh Mohammed Centre for Cultural Understanding. What I didn’t mention – because not pertinent to the subject of that post – was that our guide had exceedingly strong, straight eyebrows. I tried not to stare at her too insistently because that is rude, and I would imagine that staring at women in Muslim countries can also be a dangerous habit. But I did find it quite striking. My surreptitious peeking allowed me to conclude that this was not a gift of nature but a gift of the cosmetics industry. Something like mascara had been applied to our guide’s eyebrows. They looked something like this, although our guide wasn’t quite as glamorous as this lady. 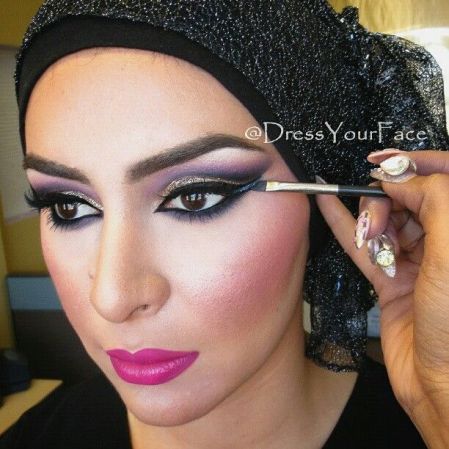 In any event, as our guide talked about this, that, and the other, I wondered to myself if this was some sort of new fashion statement in the Middle East. After the tour was over, I was pleased to hear that my wife had also noticed it; I wasn’t imagining things, then.

Our trip completed, we went back to Beijing and I forgot about the eyebrows thing. But I was suddenly confronted again with this fashion statement the moment we arrived in Bangkok. It seemed that every young woman in the city had these exaggeratedly strong eyebrows. I’ve not found a photo on the internet and I haven’t dared to openly take a photo myself of one of these young women, but I guess that advertising on the street is a good indicator of trends. Here’s a photo that I took of billboards in one of the smarter shopping areas of a Bangkok.

What my internet searches did show up is that the Thai consider such eyebrows to be Korean eyebrows, and this photo of a Korean lady actually nicely captures what I am confronted with every day on the streets of Bangkok.

Whose eyebrows the Koreans believe these are is unknown to me – certainly not Japanese; the web-site from which I borrowed the photo above makes a distinction between Korean and Japanese eyebrows, the latter being more arched if I understood correctly. My daughter, who knows more about these things than I do, puts a famous model as the ultimate source.That sounds reasonable. In the old days, Queens and their aristocratic hangers-on were arbiters of fashion; in this more democratic age of ours, models are.

(the comment below suggests that the model Cara Delevingne is the Ultimate Source – no doubt those below the age of 30 know who this Ms. Delevingne is, and no doubt she is as rich as Queens once used to be)

Talking of Queens, my trawls through the internet also snagged a couple of sites which discussed the history of female eyebrow fashion, one starting from as far back as Nefertiti, who was Queen of Egypt three thousand years ago, and who – if this bust of her in a Berlin museum is to be believed – seems to have favoured more pronounced eyebrows. 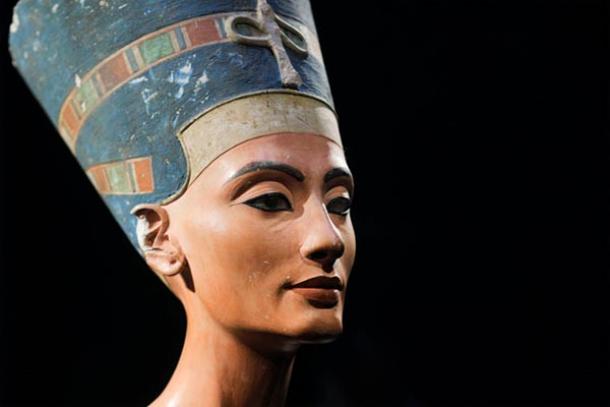 My own recollection of female eyebrow fashion starts with a time when quite a number of women favoured instead pencil-thin eyebrows, the time in question being, I suppose, the fifties and sixties (although as this photo shows, these eyebrows were already popular several decades earlier). 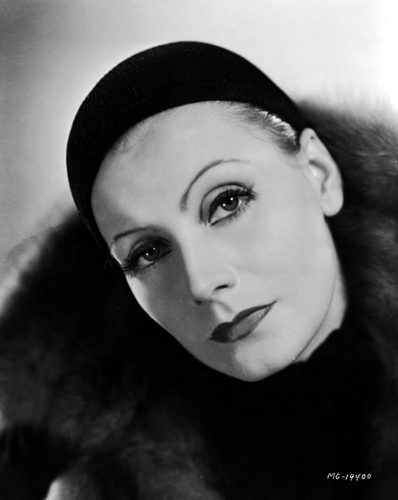 My wife, I have to say, was among this group when I first met her. Luckily, I managed to dissuade her from continuing the habit, and she has spent the rest of our marriage sporting a fine set of no-nonsense eyebrows.

My wife’s abandonment of pencil-thinness coincided with a general return to thicker eyebrows, but sculpting of the eyebrow was still common. I still remember how much chatter was generated in the late seventies-early eighties by the young Brooke Shields’s thick, apparently unsculpted, eyebrows.

They caused quite some emulation for a while (any reader who is younger than 30 and therefore who probably has never heard of Brooke Shields can go the Wikipedia site on her to read more). I feel that what I am seeing now on the streets of Bangkok is really that style, helped along with a pencil or, if I am to believe the internet, some sort of felt pen. Well, styles go in and out of fashion like Swiss trains go in and out of Alpine tunnels. But I hope never to live to see pencil-thinness again.