I am astonished to discover that this is my 100th posting! It seems only yesterday that, rather like a kid on his first day at school, I was nervously writing my first posting. This milestone deserves to be celebrated in some way. And what better way could there be than by singing the praises of the written word?

In my very first posting, which I entitled Manifesto (and which later became my “About” page, once I’d understood better how all this blog thing worked), I explained why, as I neared my 60th birthday, I had finally decided to take up the pen (electronic in this case) and write.

My decision to write actually flowed from my habit of reading. I’ve always loved to read. I still remember the day I got really hooked. I was maybe six, possibly seven. I was bored, and as is usual in these cases was bothering my elder siblings, who were all reading. In exasperation, one of my sisters gave me a book and ordered me to read it. I complied a trifle sulkily, but before I knew it I was drawn in – sucked in! – by the story. I still remember the book; it was from the Secret Seven series by Enid Blyton, about seven very English children who sluith around solving various mysteries (I’m amazed to see that these stories are still popular!)

For most of the next decade or so I read only fiction, but then I lost interest with the excuse that I lacked time.  I took up the habit again in my mid-twenties and I haven’t looked back. The contents of my modest library are packed away in Vienna, waiting to see the light of day again, but in my mind’s eye I can still walk slowly, pleasurably, along my bookcases packed with the books which have marked the passing of my adult life. My library always started with a section which I suppose would be called English Literature in a public library, so in my head my hand is now brushing over the spine of the novel “House of Spirits” by Isabelle Allende, which was the first of her novels I read and which led me – and my wife – to read many of her other novels (OK, strictly speaking these are not English literature, but since I read them in English that’s where I put them). They reconciled me with fiction after a long rift I had with the genre.

My eye is then drawn to the shelves dedicated to detective stories (since those memorable Secret Seven days, I’ve always had a weakness for “yellows” as Italians call them), where my hand falls on “A Morbid Taste for Bones”, the first in the series about Cadfael, the Benedictine monk from the great Abbey of Shrewsbury during the reign of King Stephen.

I picked up the first out of curiosity at the British bookshop in Milan but it led me, fascinated and hooked, to the next one, which led me in turn to the next one, and on and on like Adriadne’s thread, until one day I had read them all – they always reminded me so much of my school days in a Benedictine Abbey school.

In my library, where space as much as logic has determined where books are placed (my wife has resisted the wholesale takeover of our successive apartments by books), the detective stories are followed by poetry. Here, I pick out the poems of T.S. Eliot, the first poet I came to appreciate, at age 16, during a class at school on English poetry, run by a wonderfully eccentric schoolmaster. The poem he introduced us to was, of course, “The Waste Land”.

I always place “The Waste Land” next to the poems by Wilfred Owen and the other First World War poets. I feel that this poem’s sorrowful elegies of times past marry well with the anger that pulses through the war poems, an anger at the sheer futility and waste of that war.  I picked up this particular compendium of WWI poetry in a bookstore on Oxford Street, during a short visit to London. 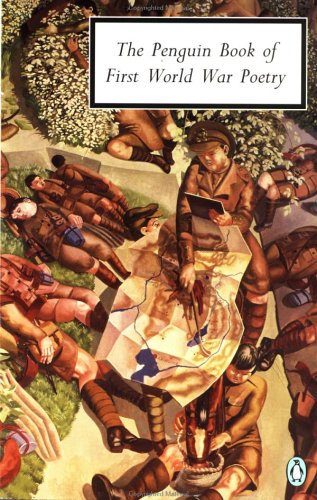 The English Lit section finishes with the plays I have acted in and the many more I would have liked to act in (“Mourning Becomes Electra” by Eugene O’Neill definitely falls into the latter category; it is a constant wound in my soul that I have never seen this play acted, yet alone acted in it myself).

After English Lit in my library comes History: my passion – if I had not chosen to do sciences in high school, I would  have done history.   Among my many, many history books, I eye with particular fondness “The Pursuit of Power” by William McNeill,  which is a magnificent synthesis of military, technological, and social history over an arc of a thousand years.

My hand then brushes over “Guns, Germs and Steel” by Jared Diamond, which (I am summarizing here!) tried to answer the question “Why was it European ships that sailed west and discovered the Americas and not the other way around?”. This book gave me the same shock of intellectual stimulation as McNeill’s book did when I first read it. 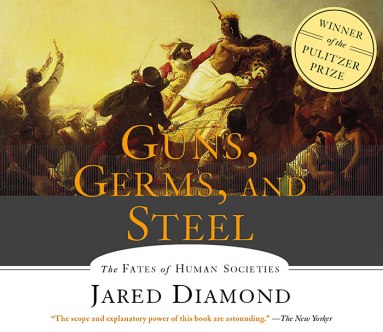 I quickly jump to a shelf dedicated to histories of War, where I pick out  “The Face of Battle”, by the British war historian John Keegan, a fascinating analysis about how the field of battle has changed over time. I bought this book on impulse in a Barnes & Noble bookshop in New York 25 years ago and I liked it so much that over the succeeding years I read every single book Keegan wrote.

History is followed by Other Social Sciences – politics, sociology, economics, and such like – where my hand brushes briefly over Henry Kissinger’s two volumes on his years in the White House.

I pass on quickly to the Science section, where I stop in front of my small collection of books on the biological sciences and evolution especially. My favourites are the collected essays on natural history by Stephen Jay Gould, whose warm, wisecracking style I find so quintessentially American, and the books by his “competitor” Richard Dawkins, whose coldly lucid style I find so quintessentially English. 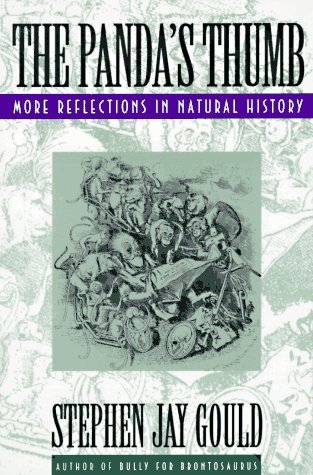 My science books are followed by my books on religion; why not? science has challenged (and in my view defeated) religion. And here my hand falls on “The Faces of Jesus” by Geza Vermès.

This was one of those books which takes your breath away by its ability to blow old ideas out of the window. It led me to buy several of his books, to explore who the real Jesus probably was once you get behind all the layers of Christian piety.

And finally, squeezed in at the end of my bookshelves, are books on art, cookery books, travel guides …

In China, I have continued the habit of buying books, nosing out where books in English can be found. We came with nearly no books (two compendia of English poetry, a book on Caravaggio, a book or two on Chinese history), now we don’t know where to put all the books that are piling up in drifts throughout the apartment.

Yet, during all this reading I have always felt a point of guilt: I was passively receiving these written words without writing anything back. Oh, I wrote a lot, but it was all dry, sterile stuff which I had to do for work; at the best of times clear, precise analysis, at the worst of times bureaucratese of the highest order. And so I started this blog. What a liberation it has been! I feel that I have finally gained my voice, that after all the croaking I’ve done I can finally sing (to paraphrase some lines from the African-American poet Langston Hughes, “now do I wonder at this thing, that I am old and yet can sing”). Of course, I don’t pretend to be writing great literature. These postings are just scribblings. My wife urges me to write a book, but I don’t think I can go beyond these brief notes. I am a sprinter, I tell her, I can only run 100 metres, I’m not a marathon runner. Still, the pleasure I derive from this writing is immense – and I hope my few readers derive some pleasure from reading these posts.

Yet, amidst all this pleasure, I have a sense that all is not well in the world of the written word. I see with dismay that bookshops are closing one after another as if hit by some sort of plague, and those that remain often survive by selling rubbish. To some degree, it is simply a change in venue. The written word is migrating from the printed page to an electronic format – am I not writing somewhere in an electronic cloud? For sure, newspapers have already almost vanished to be replaced by their electronic namesakes. Even books are taking this path. A younger colleague of mine urged me to switch to a Kindle; he even gave me his to handle, rather as you would drape a snake around someone’s shoulders to show how nice they really are. But I recoil from this electronicization of books. I want my books the old way, printed on paper, the way Gutenberg started it 500 years ago.

I sense, though, that the malaise with books goes deeper than a simple migration to the electronic cloud. I truly wonder if books will survive at all. The book I am currently reading, “The Swerve” by Stephen Greenblatt, tells me that books have disappeared before. 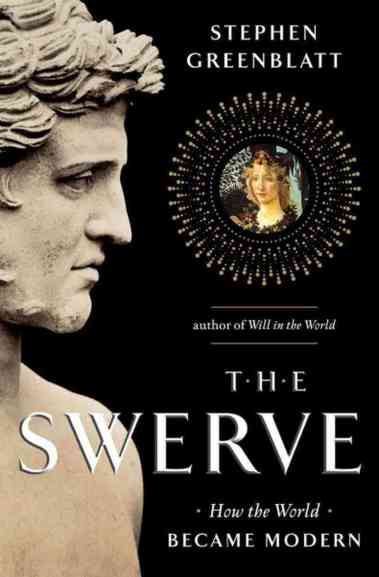 Greenblatt is writing about the near-miraculous recovery in the 1400’s, from some dark corner of a library in a European monastery, of a mouldering 8th Century copy of the poem “De Rerum Natura” by  the Roman poet Lucretius, written in the first decades BCE. But in telling this story he also tells of the time when books disappeared from the Roman Empire as the Empire slowly collapsed in on itself and Christianity spread. It had seemed to the Roman intelligentsia that books would be there for ever, and then one day they were gone. Many Roman writers we know only by name; none of their works have survived. To a book lover like me, it is a story that sends a shiver down the spine.

Those of my generation may remember a film of the 1960’s, Fahrenheit 451. The story is set in modern times, in a society which has banned books and where firemen are there to burn down houses containing books and not put out fires burning down houses. Through various twists and turns, the hero goes from being part of the system of suppression as a fireman to joining a resistance movement whose members live in the forests and keep books alive by each learning a few books by heart to pass on to younger generations, waiting for the time when books will be accepted again.

I don’t think that the next time books disappear it will be because society is hostile to them, or because society is collapsing. It will simply be through a collective bout of attention deficiency disorder as our electronic toys spin a web of confusion around our minds. Who will need books when you can slip on a pair of super-cool glasses and take part in a 3-D story peopled by electronic characters and set in electronic simulations of paradises on Earth?

I hope I’m not alive to see that day.